A guide to extradition 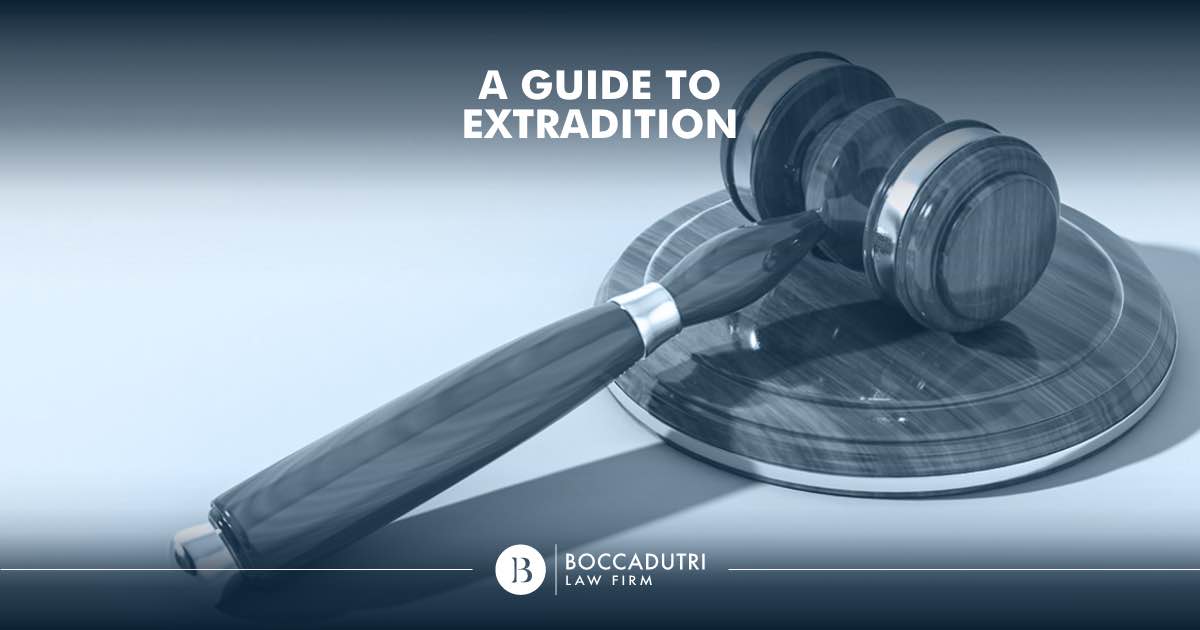 Extradition is relevant for international cooperation.

The individual if extradited, will be subjected to a trial (trial extradtion), or will have to carry out a penal sentence, if necessary is imposed in an irreversible fashion (executive extradition) in the the state that requests the extradition.

To regulate extradition there are bilateral treaties between countries and the regulations of international law.
They deal with conventions aimed at aligning laws on different subjects.

They do not lack extradition clauses even in other multi layered international agreements, whose aim is essentially to prevent and to punish particularly serious crimes (genocide, terrorism and other international crimes) based on the principal aut dedere aut iudicare (undergo trial or extradition).

The alleged crime is irrelevant unless an individual is facing extreme punishment such as the death penalty.
Such an outcome would be reason important enough to deny extradition.

In our law extradition is governed by the Code of criminal procedure (articles 697 and ss. c.p.p) and by international agreements.

Extradition can be both passive and active, according to whether the request is made by a foreign state or by Italy.

The active extradtion is started by the attorney general at the court of appeal in which the sentence is pronounced or where they are still dealing with the crime.
The Minister of Justice decides whether to accept the final conditions that the foreign state requires, in order to grant the extradition.
Such conditions cannot be set against the fundamental principals of the legal system.

The passive extradition procedure is composed of a judicial phase and strictly an administrative phrase.
The foreign state, aware of the the presence of the investigation on Italian soil, asks the Minister of Justice for extradition.
The minister, who has the ability to refuse the request with immediate effect, once the conditions for extradition have been checked, passes the request and the acts attached to the attorney general at the Court of Appeal of the area (judicial procedure).

The attorney general has three months, once the documents have been received, to make the necessary checks and to present the indictment.
Taking note of the decision of the attorney, within ten days, one can present evidence to support their position. It is then up to the court of appeal, after having collected the information and having heard the prosecution of the defender but also, if appropriate, the person being extradited and the representative of the requesting state.

The sentence is can be appealed in the Court of Cassation.
Extradition has to be asked for, in each case, to agree or not agree with the extradition.

Once the judicial phase has terminated, an administrative phase begins.
Within 45 days of the receipt of the extradition sentence, the Minister of Justice has to express themself for or against the decision of the court. If 45 days have passed without the ruling, the person will be released.

The minister has the ability to deny the request for extadition even when faced with a favourable sentence and with the willingness of the person being extradited.

In this case too, if within the stability perod the requesting state has not carried out the extradition of the individual, the person concerned will be released, having lost the effectiveness the measure of granting extradition.

When is the extradition denied

As one proceeds with the extradition some important policy points have to be respected:

If there is reason to believe that once extradited the individual will be discriminated against because of their race, sex or relgiion or subjected to acts of percescution, the extradition can be refused.

The treaty with the United States means it will not grant extradition if it is a crime only in the requesitng state.
Having different sentence lengths one can in such a fashion protect the defendent, but also prevent individuals from taking refuge in the states with shorter sentences.

The European warrant of arrest (M.A.E) is a special form and is simplified by extradition. It is governed by law 69/2005 and from the “European convention for the protection of human rights and fundamental freedoms.”

It is applicable only with other members of the European community.
Extradtition has to be given to a foreign state on the basis of a restricted measure of personal freedom or a sentence of imprisonment issued by the judicial authority.
The Italian authorities only have to ascertain the validity of the terms of the warrant, before proceeding to extradite the accused.

According to article 16 comma 4 of the European Convention of Extradtion from the 13th December 1957, current from 1963 in Italy, the period of arrest for extradtion will not exceed forty days.

The date from which the 40 days are counted from is an object of discussion, because Italian regulation and European regulation are different with regard to this issue.

To resolve the question the Supreme Court has to consider the sixth penal section, with the sentence n. 9092/13 filed for the 25th February 2013.

The supreme court has decides, equipped with documents from the foreign state that justify the request for the extradition to Italy to the Italian Minister of Justice within 40 days of the arrest and not 40 days from the moment after receiving the request from a state.

After the 40 days in the absence of a request for extradition, and of the relative documents that justify the request, the international fugitive will have to be released.

In this case, international treaties prevail over national laws.

The Boccadutri International Law firm specialises in cross-border criminal law and offers their experience at the diposal of anyone who needs support in Italy.