What happens when the seizure of assets from heirs’ is illegitimate 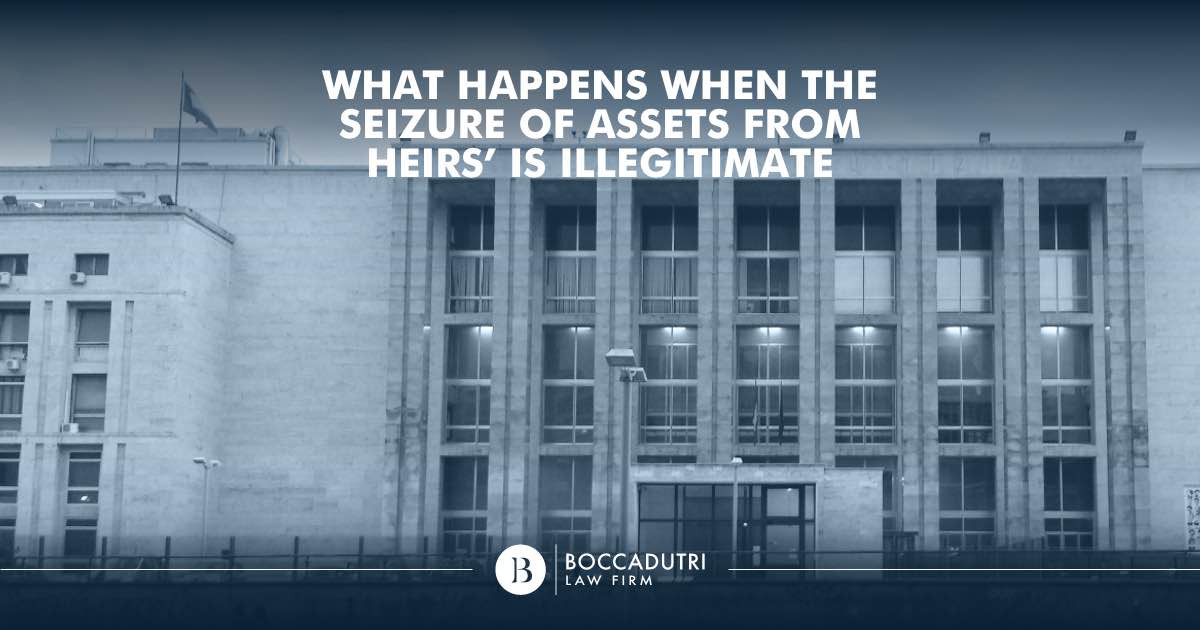 Only after the intervention by the advocates of the Brusca heirs did the Court of Palermo re-assess their decisions, evaluating how illegitimate the seizure of a large part of the assets of the children of Giuseppe Brusca, who died in prison in 2010, were.

The prevention measures of the Court of Palermo arranged for the release of some of the assets of Giuseppe Brusca’s four children, uncle of the more famous Giovanni.

Calogero Boccaudtri and Giuseppe Avarello, the heirs’ lawyers, have shown that were several details regarding the seizure of assets carried out in June 2016 that did not add up.

First of all, the person that made the request failed to check that the two companies that should have been seized had in fact closed up shop in the 70s, or that the varying bank reports had already stopped.

The cattle breeding and the dairy factory were inserted in the court lists, despite not having said that they had cancelled their tax number, they had been closed for years, as established by the above mentioned lawyers.

Not to mention the alleged inconsistency of the declared incomes in particular from Antonella Brusca and from the husband Mario Carollo.

According to the prosecution, that conducted the seizure of assets, there was not a match between what the spouses were in possession of and that which they declared to the Italian tax authorities.

It is a pity that the two were living for quite some time in the United States, the country in which they work and pay taxes. The taxes were not received in Italy.

Amongst the property which the state had appropriated there was even one owned by Mario Carollo alone, as a result it had nothing to do with Antonella Brusca’s inheritance.

There are many details of which the court had not been made aware of when they had prepared the large seizure, this was reduced after the lawyers were able to demonstrate how unlikely it was that the father contributed to the new life of the daughter who lived far away from Sicily.

Once the facts are ascertained, one can establish that it was an initial estimation of one and a half euros, less than one hundred thousand euros can be traced back to the father Giuseppe Brusca and was money produced through illegal acts.

What does the law say

According to the legislative decree n.159 from the 6th September 2011, the legislative anti-mafia and prevention measures code, it is possible to seize property that have illegal origins from the heirs if it takes place within 5 years from the death of the person to whom the measure is directed at. Act 18 highlights how the seizure is not related to the “the proposed subject’s danger to society.”

The procedure that prevents heirs from inheriting, is related to the assets produced through illicit acts or reused in illicit acts, and can therefore result in “the universal succession or succession on a particular basis.”

In the case of Giuseppe Brusca, who died in prison on the 7th December 2010, the action started in June of 2016.

The inheritance lawyers Calogero Boccadutri and Giuseppe Avarello, have shown how the seizure had been in part been illegitimate because there were companies and real estate that had lawful origins.

In November of 2008, the police from Monreale had confiscated assets from the heirs of Salvatore Buttitta, the “king of the quarries” in possession around 300 million euros in assets.

The man had died on the 12 August of 2008 and the seizure of goods had taken place immediately afterwards. It was the first case of an application for legislation that provided for the so-called “security package”, that took the heirs into consideration when determining the confiscation of assets.

Boccadutri International Law Firm is at your disposal to clarify any doubts concerning the issues in the article. Our team of criminal lawyers put their experience in criminal matters at your disposal. Do not hesitate to contact us.