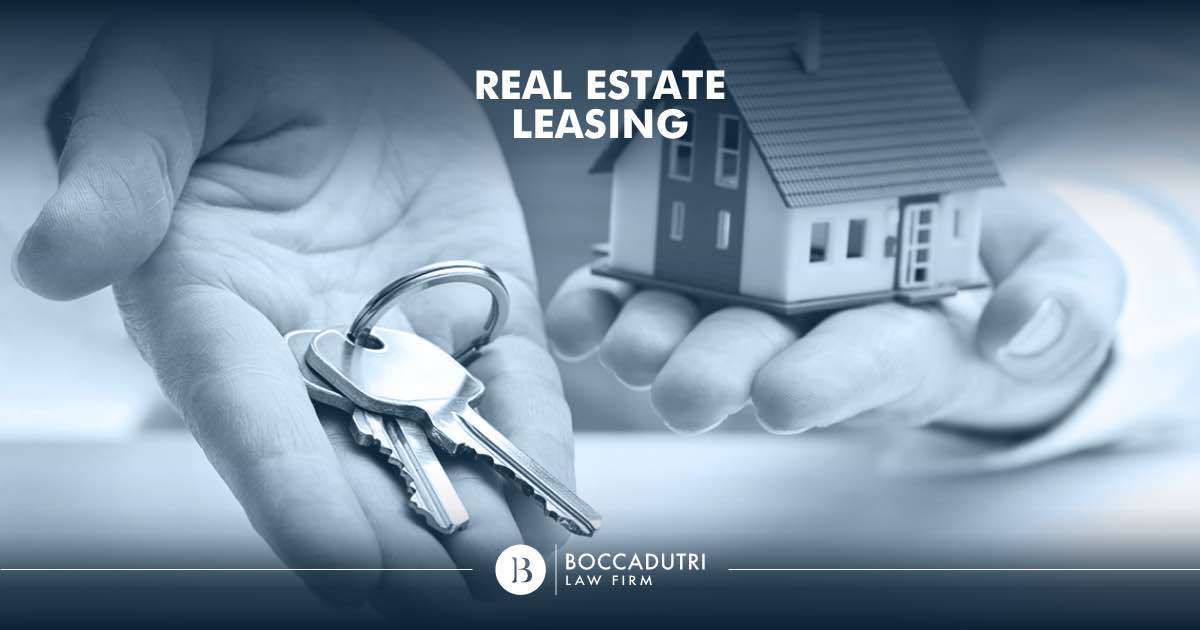 Thanks to the guidelines provided by the government with the Stability Law 258/2015, Real Estate leasing was also introduced in Italy, which involves the possibility of releasing possession of a house to use as a first home, after paying instalments for a determined period of time to the leasing company that acquired it on our behalf.

Now you can buy a house in instalments, release it only at the end of the payment and decide to keep it or change plan.
It is called Real Estate leasing and offers the possibility of entering into possession of a house before you acquire it.

Real Estate leasing is a financial instrument largely qualified and widespread both in the United States and in many European countries.
In Italy, it has been introduced and regulated only in the recent past, with the 2016 law of stability, but before the main banks have created products that specifically allow access to residential leasing to their clients.
It is a formula that is liked by (and rewards) young people above all else, if they have an income that does not exceed fifty-five thousand euros, a decrease of 19% of lease payments, up to a maximum of eight thousand euros annually, plus a detraction of 19% on the final payment (no more than twenty thousand euros) which leads to the release of the residence.

For people of the same age, or older than 35, it does not change income obligations, but lower than this is the amount of detractions since 19% would be calculated for a maximum amount of four thousand euros annually, while the additional deductible 19% at the moment of release will not be applied to figures that exceed ten thousand euros.

How much age counts

Wanting to bring in a practical example, the acquisition of a first house for the cost of one-hundred and fifty thousand euros, with a lease of 20 years at the rate of 2.9%, supposing monthly rates of €592 and calculating detractions at the end of twenty years, would cost a twenty-four year-old one-hundred and €70,000.
If they bought the same house through a mortgage over twenty years, paying an advance of thirty thousand euros and a monthly instalment of six hundred and sixty euros, you would find that you had paid, at the end of twenty years, €183,000.

The argument is different for over 35’s since detractions would be lower because, in that case, this formula would be evaluated for its particular process, more than for a saving that cannot be quoted, compared to a mortgage.

Who can request it

A Real Estate lease is aimed exclusively at those who want to buy their first house, so to request it you will not need to already be in possession of a residence. Another discriminatory factor is income: the applicant must not exceed a total annual income of 55,000 euros.

How the Real Estate lease works

The client, once they have chosen the real estate to buy, whether it already exists of is to be built, is aimed at lease companies, which could be a credit institution, a bank or an authorised financial intermediary.
The intermediary and client stipulate a financial rental contract in which the first one commits to acquiring the real estate chosen by the second one.
The client can access residence bought by the intermediary and become the user of it. They begin to pay a monthly rent to the intermediary, as a rule however the first instalment is more substantial.
Once the fixed set of years of effectiveness of the contract have passed, the client can release ownership of the residence by paying the final planned instalment.

There still exists the possibility for clients to ask to continue with the formula of leasing or even to completely give up the acquisition.

Suspension of the contract

In the leasing contract, there is the possibility of suspending the payment of the lease for 12 months in case of loss of work. The suspension may be requested only once and for no longer than twelve months.
The same does not apply for commission or investigation expense, nor does it involve the accruing of interest on the residual debt.
To access it guarantees are not needed. It would only involve the only postponing of the end of the contract for a period of time equal to that of such a suspension.

What happens in case of defaulting

If the client can no longer manage to pay regularly and is therefore made a debtor, the lease company can evict them and sell the house straight away.
Once the residence has been sold, the lease company will have to pay the user however much the net of the unpaid rent was and of the agreed price due for the maximum payment instalment.

What happens in case of acquisition

A situation in which the client/user decides to change house or move to another region could occur. In this case, it is their duty to release the real estate in advance or cede the lease contract to another person.
The transfer of the contract is subordinated to the acceptance of the company that supplied the lease that should make sure of the financial reliability of the person that succeeds it.

Ownership and use: rights and obligations

The company that supplies the lease becomes (and remains) owner of the residence bought on behalf of the client until they release it.
In case the client were to end up the defaulting party the company would be able to evict them and sell the real estate straight away.

The client, even if they are not the de facto owner, takes on all the risks and benefits linked to the use of the good, the reason for which the lease contract sets out as a rule an agreement for a specific insurance policy.
By the same principle the client/user must respect all the residency obligations that normally are owed to the owner and will have voting rights during the condominium meetings.
All the communal, ordinary and extraordinary expenses will be at their own expense.

In order to ratify the transfer of ownership once the last rent has been paid, a sale contract will have to be stipulated.

If this form of acquisition may interest you and you want to know more, do not hesitate to contact the expert Real Estate lawyers at Boccadutri International Law Firm. Our lawyers will be able to guide you to the best solution for your needs.