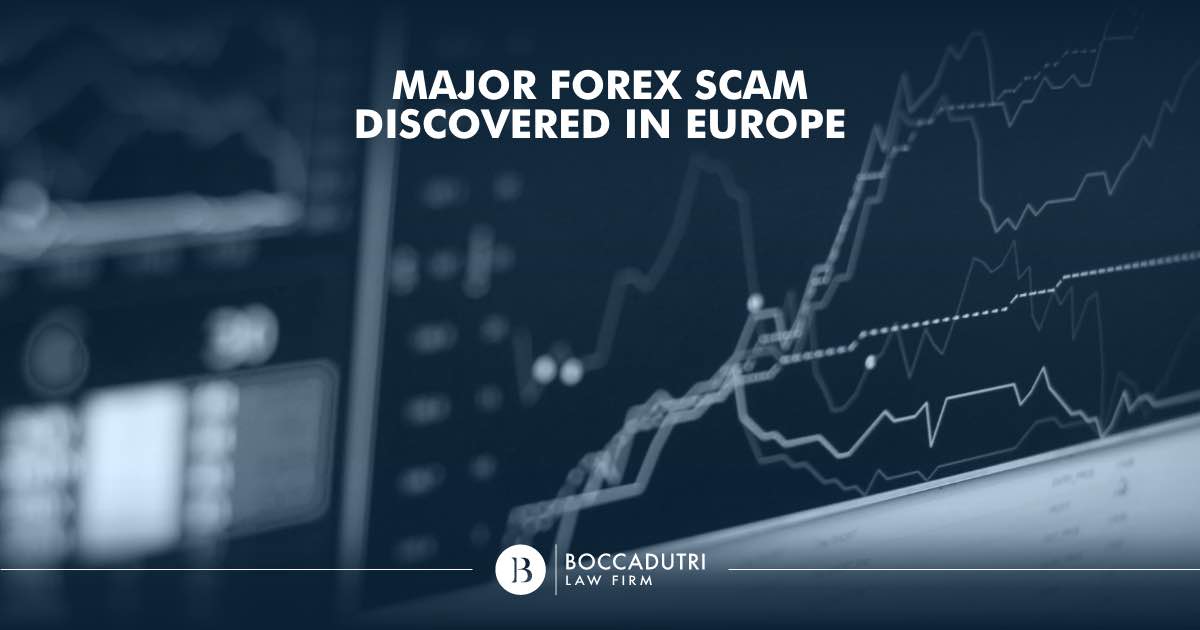 For months Europol and Eurojust, supported by investigators from Germany, Austria, Serbia, Ukraine, and Bulgaria, have been investigating what appears to be one of the largest Forex scams in Europe.

Arrests in connection with a large Forex scam branching out across Europe continue. Five suspects were arrested in Bulgaria in March, following nine arrests made in Bulgaria and Serbia in April 2020 and the seizure of €50 million in cars and luxury goods in Ukraine in December 2020. In February 2019, a further arrest revealed the names of some of the fraudulent sites, which were subsequently shut down by the supervisory authorities.

The work of the European Union’s Agency for Criminal Justice Cooperation, Eurojust, supported by the European Union’s Law Enforcement Agency, Europol, and the local authorities of those countries involved, brought to light the existence of an organized crime group targeting Forex scams.

This criminal organization operated through the creation of pseudo Forex websites that simulated huge profits, inducing unsuspecting investors to trust them with their money.

The victims were mainly German-speaking online investors, but investors from other European countries had also registered on these sites.

The fictitious companies, fronted by their fake websites, operated mainly from Bulgaria and Ukraine.

At least 350 victims have been identified, with a total of around 8.5 million euros stolen.

The Public Prosecutor General in Bamberg, Germany initiated the investigation in 2019 and collected complaints from hundreds of victims from Germany, but also from Austria and the rest of Europe.

The work of the investigators revealed that this criminal organization had organized the scam by starting with a rather low request: the initial payment in fact ranged from 250 to 300 euros.

The type of investment advertised was financial instruments, such as binary options, cryptocurrencies, CFDs and foreign currencies. Once the first payment was made, the (fake) brokers, who were actually employed in call centers mainly located in Eastern Europe, came into play. They contacted victims in their own language in order to gain their trust.

Then, according to the script, it was a matter of making substantial initial profits, which were generated by misled online simulations and obviously constructed ad hoc. At this point, believing that they were obtaining a positive return, clients were induced over the phone, by supposedly specially trained brokers, to make larger investments.

The sad reality is that investments were never made, and the money was simply divided among the scammers. “The deposited funds are never used for capital investments, the trading platform visible to the customer, like the alleged customer account, is pure deception,” said the Bamberg Public Prosecutor General.

Investigators have speculated that there may be a high number of unreported cases because some of those involved may be unaware that they have been the victims of fraud. Since this is (alleged) trading in financial products, many investors will have thought that they lost their money in an “honest” way, as a direct result of a risky transaction.

As part of an operation prepared over many months, on April 2, 2020 (Action Day), investigators went into action in Sofia, Bulgaria and in Belgrade, Serbia. On this occasion, seven men and two women between the ages of 25 and 49 were arrested.

The Public Prosecutor General in Bamberg confiscated almost €2.5 million from an account with the payment service provider Wirecard.

At the time, it was a heavy blow for the scammers. In addition, this operation revealed that they had organized themselves into two organized groups. Those who were arrested were part of these two groups.

The other “gang” instead dealt with the management of:

All of the sites in question have been blocked by the relevant authorities.

February 2019: German police had already flagged some of the companies involved

The names of some of these sites had already been flagged as part of another investigation in Europe, which had seen, in February 2019 in Bulgaria, the arrest of a key suspect who was part of a €100 million scam headed by a criminal group based also in Bulgaria.

The modus operandi used was similar, but with some variations:

Meanwhile, the scammers would funnel the proceeds into companies that would actually launder the money.

Austrian police, who were the first to spot the Forex scam, said the group operated call centers, websites, and software companies to facilitate the scam, and used social media to lure victims from across Europe.

Platforms operated by the group included XTraderFX, Optionstars, OptionstarsGlobal, GoldenMarkets, SafeMarkets, and Cryptopoint. Most of the network infrastructure was located in Bulgaria and the Czech Republic.

On this occasion, the then Austrian Minister of the Interior, Herbert Kickl, praised the international cooperation, “This successful action,” he commented, “is a hard blow against cybercrime, where the perpetrators have access to state-of-the-art digital technologies.”

If you recognize the names of any of these companies or have traded with them, or if you have found yourself in a situation such as the one described, please do not hesitate to contact us. Our Forex Litigation lawyers are at your disposal for clarification and advice.