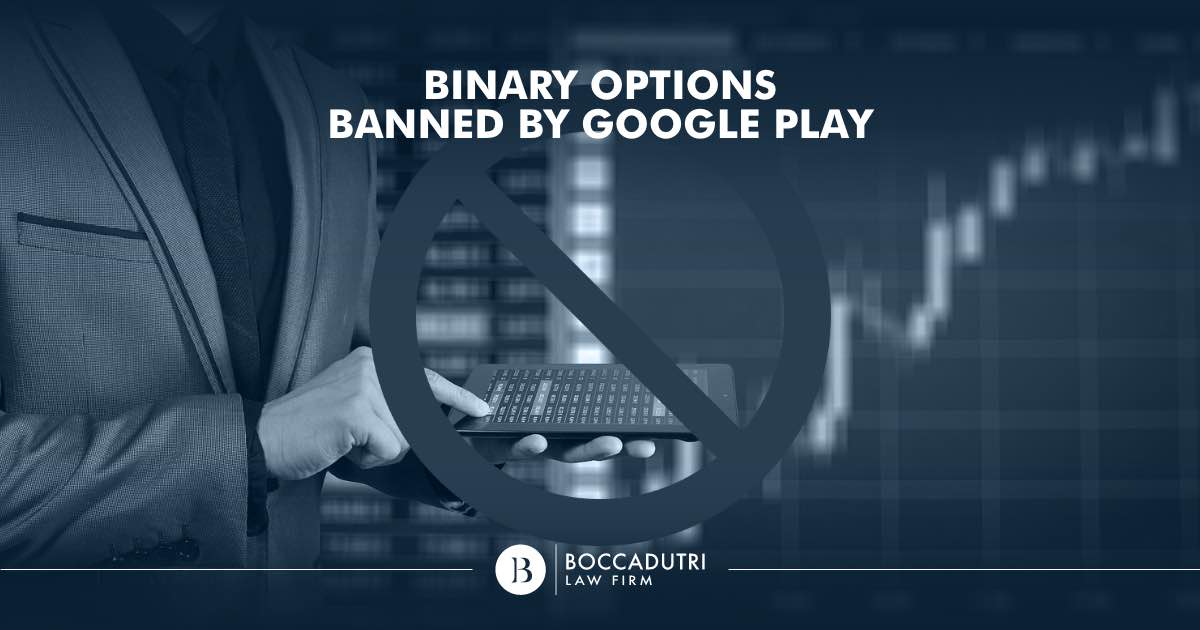 In the policy update released in spring 2018, Google announced that it would prohibit all apps that allow binary options trading.

Google routinely updates the rules of its store, Google Play Store, at short intervals to ensure the safety of users and to monitor content.

The above update affected financial apps that deal with binary options, following similar mandates cracking down on other financial-related apps.

The ban was launched by the Australian Competition and Consumption Commission. The Australian authorities had alerted Google following an analysis of online transactions in the last four years, in which it emerged that, because of binary options trading, hundreds of millions of dollars have disappeared undocumented.

This was made possible not only by the speculative nature of binary options trading, comparable more to a form of gambling than to an investment but by the anonymity of the network of companies that operate with binary options.

This ban enables Google to also veto and place limitations against other products deemed financially unstable, such as CFD (contracts for difference), forex spot and cryptocurrency apps.

In a public notice, Google Play announced their new company policy on binary options, banning indefinitely apps that deal in their advertisement and trading.

Google also expressed concern over the easy access of such apps that put children in danger of readily accessing via the Play Store.

Google has also declared war on other “ambiguous” applications, such as those that provide services to falsify documents (passports, driving licenses, etc.).

For Google users attentive to the company’s dynamics, the ban did not come unexpectedly. The company had initiated the ban on binary options when, in March 2018, Google had banned advertisements relating to the topic on Google Adwords.

Google Adwords functions as an online advertising service that allows customers to advertise on Google search pages. In the same vein, Google is systematically eliminating any products that market itself on the promise of financial gain.

As of June 2018, every advertiser must be certified, under penalty of prohibition, to advertise financial trading products. Therefore, do not prohibit but closer checks for CFDs, contracts for difference, forex spot and financial spread betting.

The best credentials of the brokers that propose them will not be enough to return to Google thanks.

Paving the way in delegitimizing binary options schemes was Israel, which had banned trading within the country, arguing that the trading resembled more with gambling and than investment management. As of late December 2018, the ESMA once again renewed restrictions on binary options trading.

In light of the quick action taken by many parts of the world, Google’s attention on the issue seems a bit tardy. In June of 2017, Apple had imposed a veto on developers that worked with binary options trading, while Facebook had imposed advertising restrictions on such products in January of last year.

If you have encountered issues relating to binary option trading or other speculative products, do not hesitate to contact our experts at the International Boccadutri law firm here.