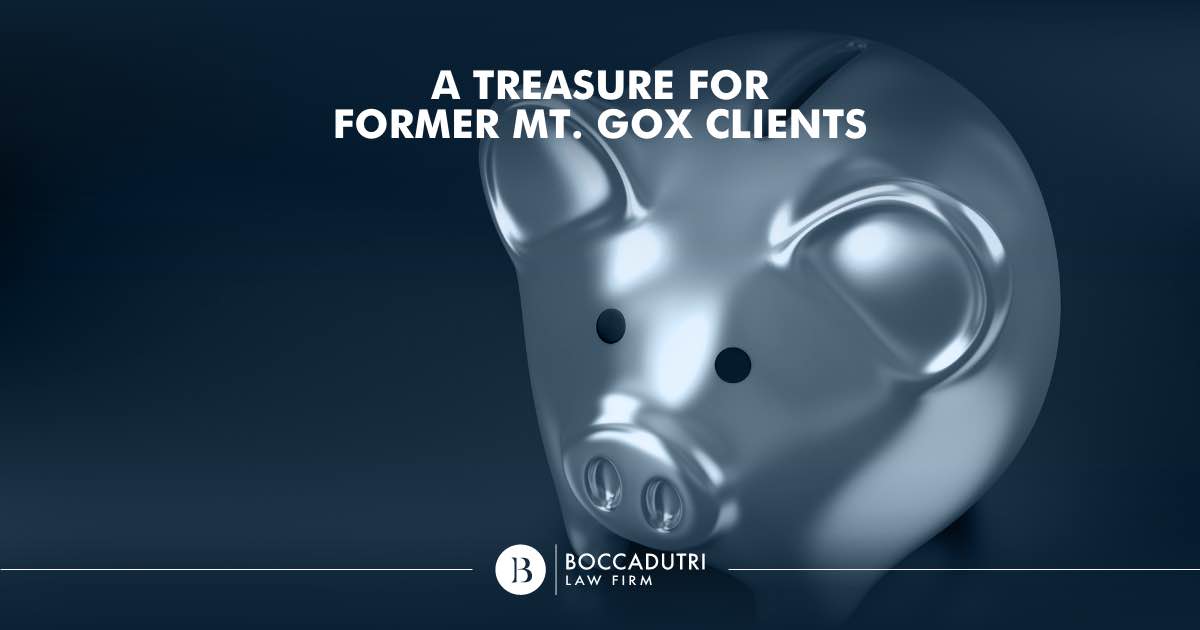 After an alleged cyber attack in February 2014, Mt. Gox was crippled after losing an estimated €460 million in Bitcoin, and since it’s closure in 2014 all funds that remain under Mt. Gox are suspended under the Bankruptcy Protection Act.

At the time of the theft, Mt. Gox was the largest Bitcoin exchange in the world. For customers, Mt. Gox was a sort of bank in which to deposit their bitcoin, with the substantial risk that no insurance covered their deposits.

Initially, the theft of 850,000 bitcoins seemed to consume all of the company’s assets. It is estimated that at the time of the theft, the value of bitcoin stolen was €460 million, but that value increased to over 3 billion in losses by October 2014.

Later, the company claimed to have discovered some 200,000 bitcoins in a cold wallet (an account which is not connected to the internet, thus impenetrable to hacking and theft).

Two weeks before Mt. Gox suspended activities, customers had been unable to complete withdraws from their accounts. The CEO, Mark Karpeles, had reassured those who inquired as to why they were unable to access their funds, stating that the website was down for site maintenance as an error in the registration of transactions had been discovered.

However less than two weeks later, all transactions on the exchange were suspended and the website went offline.

The conduct of the CEO of Mt. Gox, the French Mark Karpeles, has been criticized by insiders who have claimed gross mismanagement is to fault for the hacking rather than a security problem.

The investigation into the 2014 hacking revealed surprising misgivings in Karpeles, implicating him in being directly involved with the missing Mt. Gox funds.

Just over a year after the closure of Mt. Gox, Karpeles was arrested and charged with fraud and embezzlement.

American authorities issued a subpoena to Karpeles to speak before a Manhattan judge in regards to the Mt. Gox hacking, however the former CEO refused to appear in court.

If bankruptcy is declared, customers will be entitled to compensation. It is not clear how the procedure would play out, considering the ever-fluctuating value of Bitcoin (currently, at about ten times higher in value than when it was stolen in February of 2014), yet a court in Tokyo has nevertheless given its creditors right to file rehabilitation claims.

This permission was granted due to the effort by investors to pull Mt. Gox of bankruptcy proceedings and into alternative legal proceedings: civil rehabilitation.

The amount that is to be divided up is of about 170,000 Bitcoins, or about 1.2 billion dollars at present.

Creditors from all over the world eagerly await their investments returned, along with maybe something more. According to the forecasts, the refund process should begin by February 2019.

Bitcoins can be stored in two forms: on an online exchange (hot wallet), or on a digital purse (cold wallet) saved on your pc.

If you have been affected by bitcoin theft or wish to have further information, do not hesitate to contact the experienced lawyers of the Boccadutri International Law Firm here.