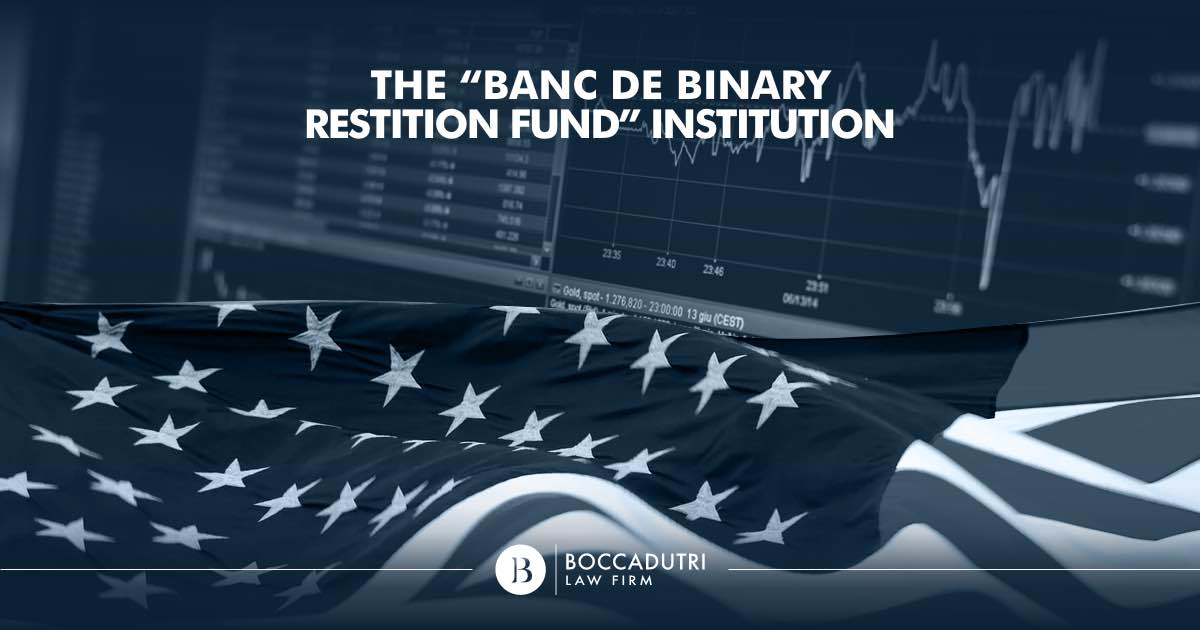 The United States Court has designated the NFA (National Futures Association) as the association that monitors and protects American investors.
It is to manage the “Banc de Binary Restitution Fund”, a fund aimed at the distribution of money to investors (from the United States), that they have invested in the exchange platform of binary options “Banc de Binary”. This company closed its doors in the early months of 2017.

The NFA has pointed out that it will be a long process for which the reception of reimbursements will not be immediate, even if the creation of the fund means good news per se for those that have lost their own money by investing in Banc de Binary.

How we arrived at the closing of Banc de Binary

Banc de Binary binary options company operatiional on the market since 2009, had to close its doors in 2017 after leaving in its wake a long list of complaints from dissatisfied clients.
A collapsed empire because of its opaque conduct. Even having had the privilege of sponsoring two illustrious football teams, Southampton and Liverpool, Banc de Binary ended up revoking sponsorship because of the clients’ complaints.
In January 2016, CySEC, Cyprus’s supervisory and regulatory authority, had forced the business to pay €350,000 for misleading marketing and absence of information on the risks to clients. Already in February an additional fine of 11 million dollars was added, inflicted by SEC, the US supervisory authority, and from CFTC, and agency that regulates the market of futures in the USA.

Actually within the United States Banc de Binary gave the worst of itself, with an insistent and pressing marketing, boasting about supposed headquarters that in reality they did not have, and violating the continual orders of the CFTC, which had, in vain, asked the company not to negotiate in binary options in United States territory. On the 4th January 2017, the CySEC licence for Banc de Binary was revoked.

For a business that boasted about its licences and therefore authorisation to operate, on the part of CySEC, of the Italian Consob and of all the other authorities, this was the beginning of the end.

If in the period in which you have invested with Banc de Binary, you have been residing in the United States and have lost your money, you definitely enter the list of those that have the right to a refund.
In any case, if you have had anything to do with Banc de Binary and have observed errors in the management of your money, do not hesitate to contact us to claim back the “ill-gotten gains”.
Our expert Forex litigation lawyers will keep you up to date as the situation develops and will guide you through your refund request. Request a legal consultation here.