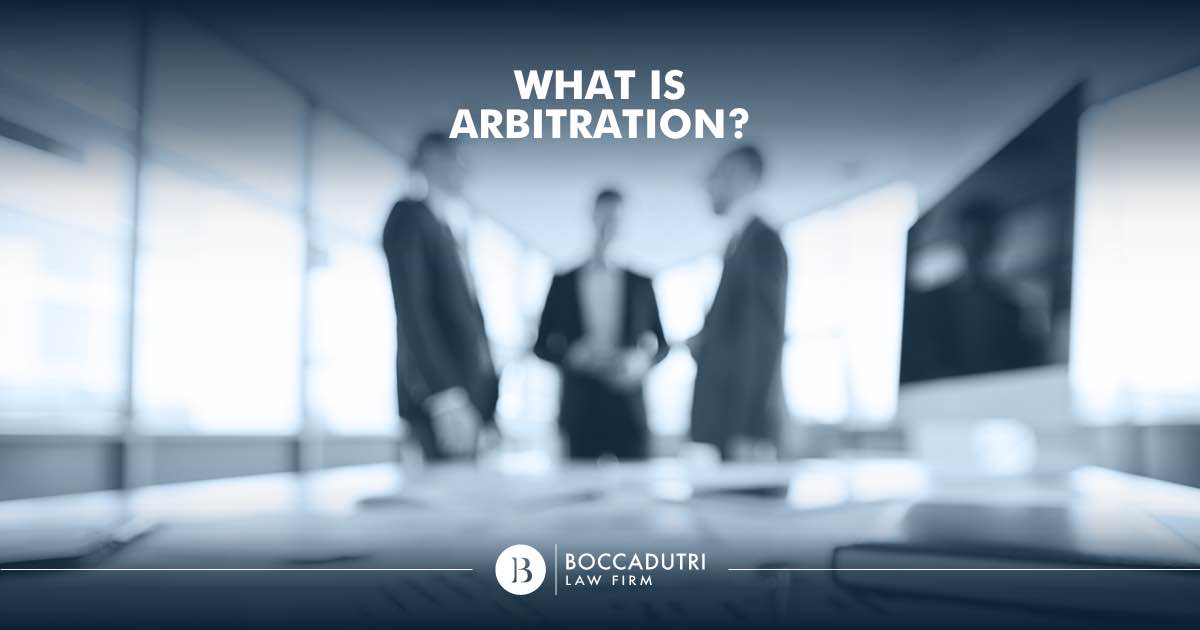 Arbitration is a form of private dispute resolution. It is an autonomous, transnational institution whose procedures are not subject to the constraints of national laws.

Arbitration, as a form of dispute resolution by an independent third party issuing a binding decision, has become increasingly important and popular due to the increase and globalization of cross-border investment and trade.

Currently, arbitration, is one of the main means of resolving complex international trade disputes as a result of the increasingly frequent trade relations between companies, investors and states.

The International Chamber of Commerce is one of the largest business organizations in the world that handles arbitrations in accordance with its rules.

Many companies choose International Chamber of Commerce arbitration to resolve disputes because the rules are simple, accessible, and used in a straightforward manner.

It is important to contact law firms, when deciding to rely on arbitration, to choose and indicate the arbitration clauses in advance, and not to be unprepared at the time of the dispute.

First, one of the parties submits its application for arbitration to the Secretariat at an office specified in the internal rules.

The date on which the application is received by the Secretary is considered the start date of the arbitration.

The other party must, subsequently to the request, submit a response to the Secretariat within 30 days of receipt of the request, with its comments on the dispute and the arbitration procedure.

The Secretariat will forward the response and the attached documents to all other parties.

The claimant must submit a response to the demurrer within 30 days from the date of receipt communicated by the Secretariat.

The arbitral tribunal has jurisdiction to decide any matter regarding the existence, validity, or scope of the arbitration agreement.

This is referred to as “Kompetenz-kompetenz,” the principle in arbitration that the court has the right to rule on matters relating to its jurisdiction.

Each individual legal system takes different approaches to the Kompetenz-Kompetenz principle, and national arbitration legislation itself varies according to the versions of the KK principle adopted.

During arbitration one party may be added to another, either before the arbitrator is appointed or with the agreement of all parties.

Constitution of the arbitral tribunal: disputes are decided by a single arbitrator or a panel of three arbitrators.

If the parties have not agreed on the number of arbitrators, the Court shall appoint a sole arbitrator, unless the Court finds that the dispute requires the appointment of three arbitrators.

Regarding a sole arbitrator, the parties may agree and appoint one person; if they fail to agree, the Court will choose that person.

As for a panel of three arbitrators, both the claimant and the respondent will appoint an arbitrator.

If they do not indicate their preference, the Court will make the choice.

The third arbitrator, who serves as the presiding arbitrator, is appointed by the court unless other procedures have been agreed upon by the parties.

If a party needs urgent interim measures that cannot wait for the establishment of an arbitral tribunal, it may apply to the Secretariat for an emergency arbitrator.

If granted, any decision of the appointed emergency arbitrator will be an order.

In contrast, it will not bind the future arbitral tribunal, which may modify, interrupt or cancel the order.

Conduct of the arbitration

When the arbitration tribunal has been constituted, the secretary shall forward the case file to it. The place of arbitration shall be fixed by the court unless the parties agree otherwise.

This is without prejudice to the fact that the Tribunal may conduct hearings at any place deemed appropriate, after consultation with the parties and, unless otherwise agreed, by the latter.

If the parties have not previously indicated it, the court shall decide the language of the arbitration.

This may be extended by the court following a reasoned request by the arbitral tribunal or on its own initiative if it is necessarily deemed.

A major change in the rules of the International Chamber of Commerce, dated 2017, has resulted in speeding up arbitration time, with a fees reduction.

This procedure is automatically applicable in cases where the amount in dispute does not exceed US$2 million, unless the parties agree to withdraw.

It can only be applied to arbitration agreements concluded after March 1, 2017.

A particular feature of the Expedited Procedure Rules is that the Court of the International Chamber of Commerce may appoint a sole arbitrator, even if the arbitration agreement provides otherwise.

This intrusion on the freedom of the contracting parties to arrange arbitration is obviously justified by issues of time and cost.

Source: “2017 ICC Arbitration and Mediation Rules.” Can be downloaded at https://iccwbo.org/publication/arbitration-rules-and-mediation-rules/

Resorting to arbitration has several advantages over other forms of dispute resolution:

This makes them more suitable for parties from different jurisdictions. Parties have greater autonomy and can help shape their own dispute resolution process, for example, by choosing the governing law, the place of arbitration, many aspects of the arbitration procedure, and, of course, the arbitrators they feel can ensure a fair equalization of their case.

As a result, arbitrations tend to be faster than resorting to domestic courts.

Speed is also ensured by limiting the ability of a party, to challenge an arbitral award, rendered by a country’s domestic courts.

Although some jurisdictions have excellent specialized tribunals (e.g., the Commercial Division of the New York Supreme Court and the English Court of Technology and Construction), in others parties risk having their dispute decided by a judge with little or no experience.

Proceedings are more easily focused on substantive issues, and parties are able to tailor the dispute resolution process according to their relationship.

It is not easy to determine whether arbitration is cheaper than litigation. Some possible factors to test this are:

Confidentiality refers to the non-disclosure of specific information in public, while privacy refers to the fact that third parties are not allowed to participate in arbitration conferences and hearings.

Arbitration is not suitable for every dispute; before resorting to it, one should consider whether it might be the right solution for one’s situation.

It should be kept in mind that it is not a precedent-setting system; in fact, for a reason of confidentiality, arbitration awards are not published.

Arbitrators’ decisions, from a specialization perspective, may be less intellectually sound than the opinion of an equivalent specialized judge in a developed court system, such as the United Kingdom.

Depending on the perspective in which one looks at it, a downside might be the difficulty of appealing against an arbitral tribunal (other than the equivalent one in the Supreme Court).

Of course, if you look at it from the perspective of timing, it could instead be a big plus.

In fact, there is a progressive use of arbitration, which shows that it is a useful tool in a globalized world where time, cost, and efficiency are essential in resolving commercial disputes.

If you are considering arbitration as an alternative means of resolving your dispute, our International Commercial Arbitration Department will be able to guide you, based on your business needs.