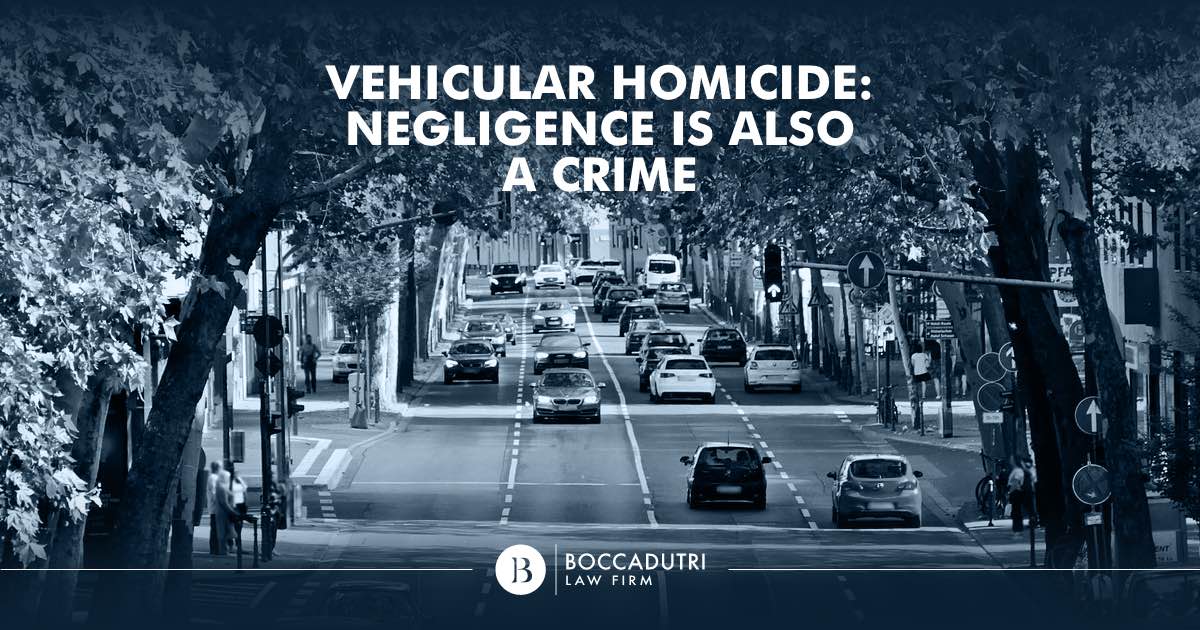 In the case of a death resulting from negligence on the roads, the crime of road homicide is established.
In 2016, the Vehicular Homicide Law filled a gap in the legal system and started to punish, specifically, those who caused someone’s death on the road.

When it was passed in 2016, the said law was hailed as one of the missing links in the Italian legal system.
It was a law that was considered flawless, as it placed on the same level those who got behind the wheel and caused fatalities by engaging in culpable behavior, and those who generated an accident through a series of unfortunate events.

To complete the picture of the subjects who could be guilty of road murder, a subsequent newsletter has been sent by the Ministry of the Interior to Carabiniers, Police, Financial Police (Guardia di Finanza), Police Headquarters and Prefectures, which attributed possible responsibility in mournful events not only to those who were present at the time of the accident but also to those who indirectly caused that accident.

The newsletter called for the investigation of those who, by carrying out their work with superficiality or delay, had failed in their duty towards citizens.

This category of possible culprits includes the entities that own the roads (municipalities, regions, and the state) with their administrators, including aldermen, but also mayors and the companies in charge of managing the highways (primarily the managers of Anas (National Autonomous Roads Corporation)).

Those who manufacture motor vehicles are not exempt from blame, because if they put defective products on the market, the malfunction of which creates dangerous situations, they are liable to prosecution and arrest.

It is common to come across bumpy roads, potholes, incorrectly placed signs, crosswalks obliterated by wear and tear, poor lighting in roads or tunnels, guard rails older than should be expected, or reports of motor vehicles withdrawn from the market for defects in any of their components (brakes, seat belts, gearbox, airbags … ). In fact, the law (and the subsequent coordinating circular with the Highway Code) doesn’t exclude those who have postponed maintenance work or given approval for defective motor vehicles to leave the factory.

roads and vehicles is done expertly. The failure to pay such attention can lead to imprisonment from two to seven years.

Article 14 of The Highway Code

Article 14 of the Highway Code indicates that road-owning entities must provide “maintenance, management and cleaning of roads … technical control of the efficiency … the affixing and maintenance of prescribed signs.”
ANAS managers, mayors, heads of large car manufacturers, have an obligation to ensure safety on the roads through their work.

If there is a fatality, the person entrusted with custody or design will be identified and, within the entity or the manufacturer, the person who can be charged with the crime of manslaughter.
To arrest, the experts will have to thoroughly analyze the accident, verify its dynamics, and establish the existence of a custodial relationship between the Entity and the road. It must be assessed whether the Entity, in addition to being the owner, maintained control of the property and thus could have been informed of its actual condition.

If there is a cause-and-effect relationship between the anomaly of the road and the damage, and if the entity, although informed, did not eliminate all causes of danger, there is clearly contributory negligence in the occurrence of the accident.

The Victim Is Not at Fault

Regardless of whether the insidiousness, a pothole rather than a tunnel in the dark, was perceptible or not, a circumstance that once served as a discriminating factor, to obtain compensation from the Public Administration, it must not be shown that the victim could have avoided the danger as reported, it is indeed the very presence of the danger that constitutes a crime.

If you have any doubt that a relative of yours has been killed by the pitfalls on a stretch of road or highway, or if the vehicle involved is part of a series of vehicles withdrawn from sale, do not hesitate to contact our Personal Injury Department.
We will consider together the action to be taken against those responsible.