Unetenet trial in Spain – the system that has devastated Italy 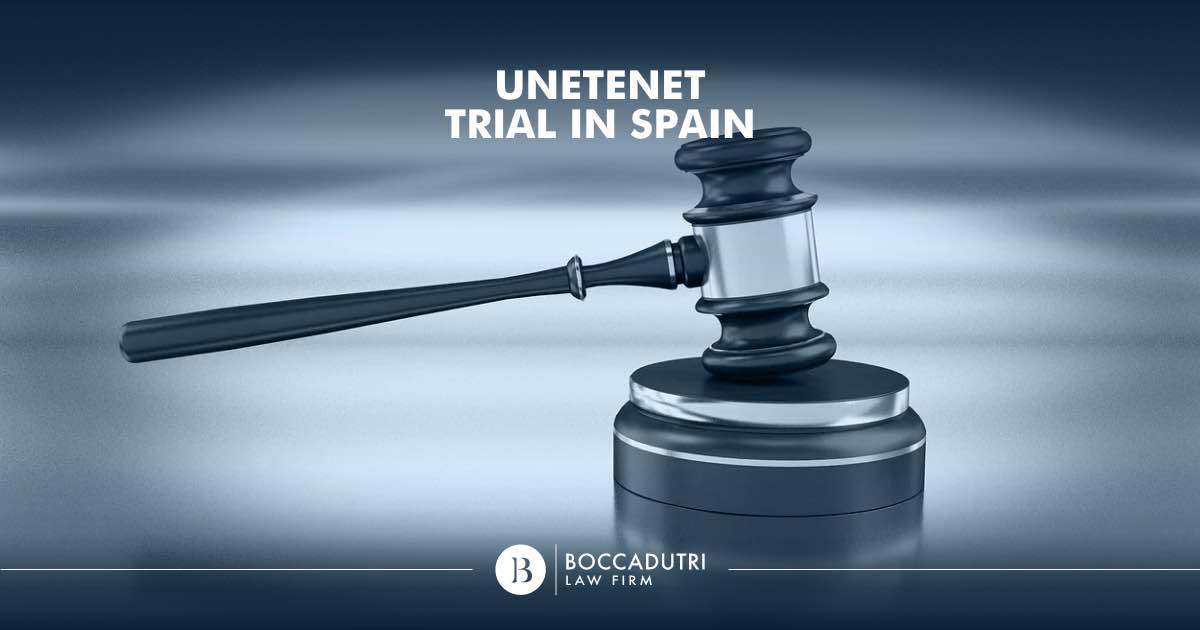 Ask a question about Forex Litigation

For Years, creators Ramirez and Otero of the multi-level marketing scheme Unetenet have relied on trust from investors throughout the world, convincing them of the credibility of their project. However, since 2015, it stands true that not all that glitters is gold.

After a three year investigation, the trial of José Manuel Ramírez and Pilar Otero of Unetenet begins. With allegations of operating a pyramid scheme, charges against the founders include fraud, criminal association and money laundering.

Unetenet, an online sales-based product service where, with a monthly or yearly subscription, a range of web-marketing tools were provided which would allegedly enable clients to earn a fixed monthly income, with the opportunity to increase earnings if the client recruited additional investors.

The system was revealed to be a Ponzi scheme (where older investors are paid profits obtained by newer investors) in mid-2015. Facing prosecution are creators of this scheme, José Manuel Ramírez and Pilar Otero, alongside 22 other co-conspirators. The Spanish prosecutor’s office has requested to fine Ramirez for 21 million euros, who is recognized as the ultimate leader of the scheme.

As reported by the Spanish Anfitec (National Association Affected by Internet and New Technologies) as a “well-orchestrated scam” it was founded in 2012. Initial investors were attracted by the promise of earning income by working just a few minutes a day at home.
After paying an initial investment or “subscription” for web marketing tools, one simply had to advertise the Unetenet brand on social networks and encourage friends and family to do the same. Once the scheme involved a number of investors, Unetenet started a massive one-enlistment campaign through videos and conferences.
During the presentations, thousands were attracted by alleged stories of the common man suddenly becoming a millionaire.
The mirage of easy money allowed Unetenet to involve, in the space of two years, around 50,000 investors from every corner of the world.

In 2014 Unetenet began paying their partners in a pseudo-digital currency, Unetcoin. According to investors, this moment marked the transition of Unetenet from a Ponzi scheme to a new type of deception-scheme where, in exchange for real money, investors received virtual money. Those already affiliated with Unetenet automatically had their funds converted into Unetcoin, without prior knowledge or consent to do so.

Investors’ funds were abruptly transferred from Union Business Online Limited to tax havens and accounts spread across the globe. The Unetcoin proved to be an imitation cryptocurrency, thus having no real value.

While investors were being scammed, the two partners enjoyed living luxurious lives off the money they had “traded” for Unetcoin, spending much of their time in Italy and Malta.

The scheme was first infiltrated in April 2014, when one of the accounts Ramirez had in Latvia was seized during a money laundering investigation. Around this time, complaints were increasingly reported against the company, as investors were failing to recover their investments.

Unetenet, the world and Italy

According to a report by the Economic and Tax Crime Unit (UDEF), Italy (especially Sardinia) is the country that invested the most in the Unetenet system, followed by Spain, the United States and Peru. As reported by local publications, the conventions organized in Sassari, Olbia and other cities in Sardinia attracted many attendees, and among those present many were convinced by the promises of fast-money made by the scheme.

In July 2018 the Procura di Tempio Pausania (the office of the Public Prosecutor and State’s Attorney) in Sardinia asked for the indictment of four Italian Unetenet promoters for the crime of aggravated scam. The validation hearing will be held in November. The list of countries affected by Ramirez includes the Dominican Republic, Indonesia, Republic of the Congo, Azerbaijan, Burkina Faso, Japan and Canada.
It is evident how, faced with the tempting possibility of easy earnings, the entire world is united by an inexplicable trust. Thus the necessity to proceed with caution when faced with the promise of easy earnings is perhaps now, more than ever, exceptionally important.

Inspired by the Sergey Mavrodi, the Russian businessman who ruined thousands of small investors in the 90’s. Ramirez had high aspirations for Unetenet, envisioning the production of a bank, an alternative financial system, and even the establishment of a city.

Ramirez already had an established relationship with authorities prior to Unetenet. Being acquainted with Germán Cardona in business ventures in Panama, Cardona (better known as the Spanish Madoff), is the creator of Forex Finance and was convicted in 2017 to 13 years in prison for having defrauded 186,000 investors for the sum of 331 million euros.

An alternative scheme to Unetenet, Ramirez and Otero are linked to the NGO Torre Fuerte de Arequipa, a Peruvian humanitarian organization. The two invited their investors to donate to the cause through the Unetenet Foundation. According to UDEF, 100,000 euros were collected in donations, but only 32,00 have been distributed to the organization.

Boccadutri International Law Firm attends to the story of the Unetenet since the first irregularities emerged and will respond to any questions. If you have been deceived into investing your money in Unetenet, and have not retrieved your investments or suspect that your investments are at risk, please do not hesitate to contact us here.