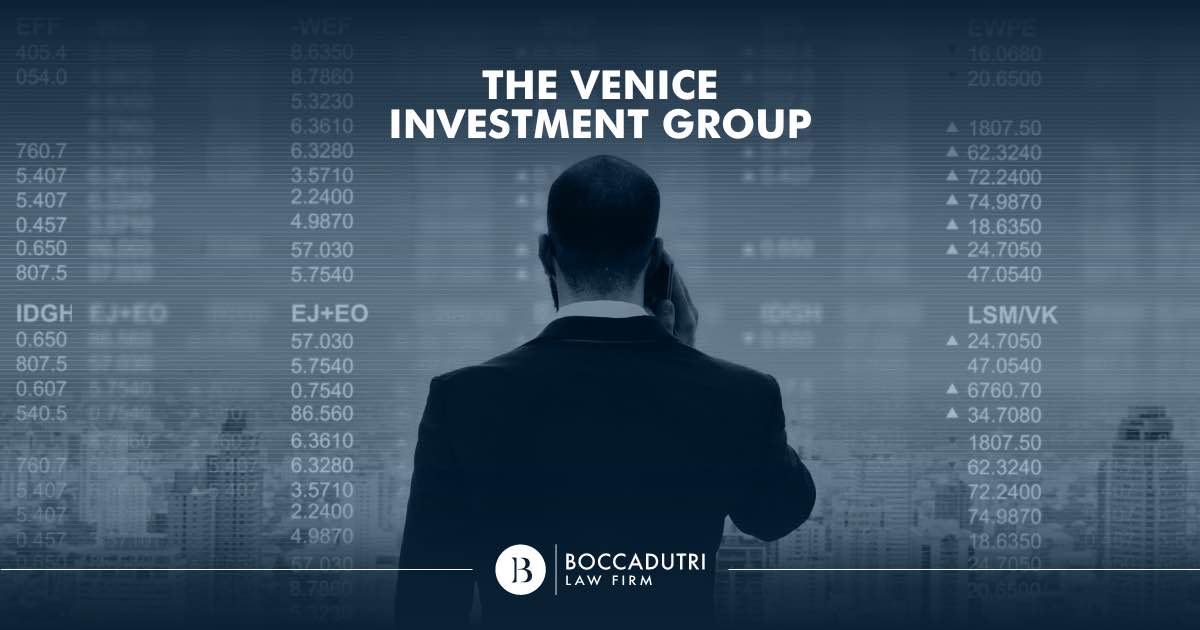 The Venice Forex Investment group trial has begun in Pordenone, accused of having only partially focused on Forex market investments with customers’ money and having pocketed the rest.

Absent for security reasons, Fabio Gaiatto, considered by the Prosecutor to be the head of a criminal association that deals in aggravated fraud. Gaiatto had created a good reputation as a Forex broker, who was “very quick to buy and sell currencies which always resulted in earnings”.

There is an extensive press review coverage on the website of the Court of Pordenone by local newspapers that are following the case.

The accusation is that Fabio Gaiatto had faked client earnings of upwards of 72 million euros through the Venice Investment Group.

These fake numbers attracted investors with the promise of exceptional returns in the currency market (10 percent monthly). In reality, Gaiatto had only earned approximately 1 million euros for his clients from the 72 million invested.

The remaining 71 million was grossly mishandled, with sums being invested abroad in a myriad of companies in Slovenia, Croatia and Great Britain. Some of these funds were also used as a finders fee for investors who were given bonuses to recruit new clients.

In total, the investigating judge ordered 17 precautionary measures. The alleged offenses are those of criminal association, aggravated fraud, abusive exercise of asset management and self-laundering.

The warning sign which should have alerted investors was when, in October 2016, Consob (National Commission for Companies and the Stock Exchange) inspectors had accused the Gaiatto of “violation of the law on the exercise of investment activity” since it was discovered that he did not hold a license from a financial promoter.

The investigation ended after a few months with the issuance of a fine of 15,000 euros for having exercised investment activities without having a license.

Yet in the first months of 2017 the Venice Investment Group continued to be active abroad in the USA, Great Britain, Slovenia and Croatia.

The Public Prosecutor of Pordenone has opened a current account, registered in the number of criminal proceedings, to facilitate compensation for the victims.

This also allows defendants who choose to negotiate to show the intention to make amends by paying into the current account. There are already news of two clients who have accepted sentences of one and a half years whilst accepting to additionally make payments to scammed clients.

The Guardia di Finanza has seized a significant sum that, if at the end of the trial a guilty verdict is chosen, would be used towards compensation payments for scammed clients.

The investigators are reconstructing the steps of the huge flow of money transited by the group. On the “Italian side” of the investigation, between Friuli, Emilia-Romagna and Veneto, various properties belonging to the company were identified and seized, for a value of approximately 3.7 million euros.

Many investment professionals have reported a suspicious loss of money. From the surveys done so far, it has emerged that the Venice Investment Group clientele in Italy is around 3,000.

Most were found to be inhabitants of the north-east, where the Forex group was born, but also are investors residing in Sicily, Emilia and central Italy. Investigators have found traces of customers even as far as Melbourne, Australia.

Gaiatto has denied the accusations, admitting only to the charges which Consob has already charged him with. The remaining charges were targeted at the Forex company’s collaborators.

Gaiatto’s lawyer has specified that of the 3,000 customers, a good percentage have already recovered what they had invested, and in some cases a bit more.

In an official statement, the Venice Investment Group defined Gaiatto as being “the victim of a scam designed by former collaborators, with the ultimate goal of discrediting Venice”.

If you have doubts about your investment broker, or have been the victim of situations related to Forex investments, do not hesitate to contact the Boccadutri International Law Firm here.