The spectre of Brexit looms over Europe 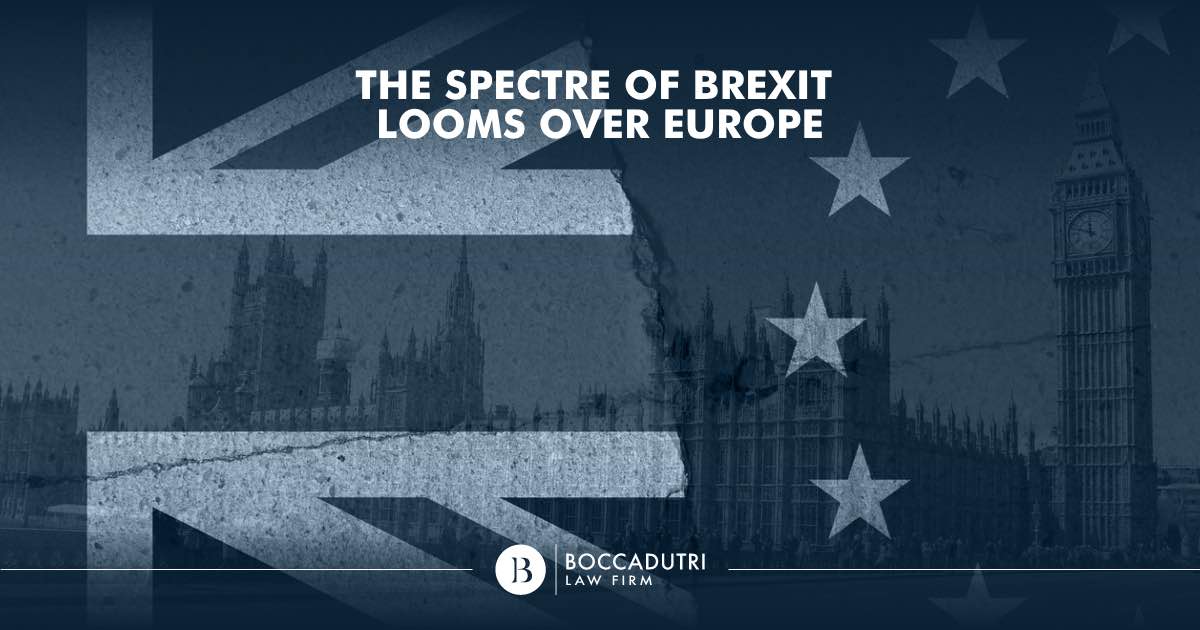 The British Prime Minister, Theresa May, is at the centre of the dialogue between the “soft” and “hard” Brexit factions, and the European Union, which wants answers on its future relations with Britain.

The UK’s divorce from the EU is getting messier and messier every day. In recent days, the European Council met to negotiate the terms of Brexit with the British Prime Minister.

The deadline of 29 March 2019 might Indicate that the exact nature of Britain’s exit from the EU ought to be clearly laid out by now – although the British have indicated that the negotiations will be finished by this October – so as to allow all the EU-member states a reasonable amount of time to approve the final document.

The guidelines for the future relationship between Britain and the EU have already been drawn up.

On one Issue, an agreement seems to have been reached. The rights of European citizens currently living in the UK will be protected, as will those of citizens from the UK in EU countries.

On 19 March, ahead of the 22 March summit, the European Commission had already agreed to allow Great Britain a period of transition from 29 March 2019 until 31 December 2020.

By then, the EU’s seven-year budget will have expired. This would mean that Great Britain, although no longer a member of the EU, would continue to trade freely with the countries of the EU. It would also mean that, until 2020, the regulations for movement of people, goods and capital would remain unchanged.

The British Prime Minister, Theresa May, whom some critics have renamed “Maybe”, accusing her of delaying negotiations too much, has indicated that there is no such thing as a deal that pleases everyone.

A compromise that pleases all parties is often reached with great difficulty, especially bearing in mind the number of issues on which Britain does not want to concede any ground.

For the hard-line Brexiteers, the British public voted to “take back control from Brussels” and refuse to continue to submit to EU regulations.

They are asking that their representatives no longer contribute money to the EU and stop accepting European laws. It remains to be seen how this will fare in the agreement with Brussels, since an “agreement” might suggest that something is being conceded.

May maintains, however, that “no deal is better than a bad deal”.

The themes of the debate

The period of transition will not resolve other unsolved issues, it will simply serve to postpone the inevitable decision on difficult issues, such as the future role of the European Court of Justice (ECJ) in the UK, future trade arrangements and the Northern Ireland question.

On one point, Great Britain already seems to have made up its mind: to exclude the ECJ from any trade dispute concerning British citizens. The English judicial system would thus be independent.

On the other side of the coin, the EU would Implore Great Britain not to have Its cake and eat It, too, by making its own tailor-made regulations itself and continuing to enjoy the advantages of being a member without being subject to the attendant obligations.

What trade arrangements between the UK and the EU will look like after Brexit is not yet clear. To speak of a close relationship, honest competition or dialogue is still a bit premature given that, to negotiate the free exchange of goods and services, financial passporting must be Incorporated, as Britain has declared that It desires to do, and Britain must also remain In the Digital Single Market.

“Passporting” is the right of companies, once they have registered in the European Economic Area (EEA), to carry out business in any EEC member state, bypassing the system of individual state-by-state authorizations.
Even companies whose headquarters are outside the EEA will be able to enjoy the rights conferred by the “passport” If they are authorised In a member state. This could happen to British companies after Brexit.

The same banks that operate in the City of London without EU authorization for trade would expect to meet a bureaucratic wall that would compromise their business.

The British have reiterated that they still will be leaving the Single Market and the Customs Union.

In reference to the delicate Northern Ireland question, Theresa May has said that “the EU will not divide us and the agreement will thereby reinforce the union between our nations and our citizens.”
The EU Commission has released a document proposing that, unlike the other countries of the United Kingdom, Northern Ireland and the Republic of Ireland remain in the single market and the customs union, with the purpose of avoiding border checks and customs obstacles with the Republic of Ireland, which is part of the European Union and the Eurozone.

What has been called the “customs backstop” represents the EU’s plan B and would mean that Northern Ireland would enjoy a special dispensation allowing them to remain in the European Economic Area. Brussels has made it clear that if Britain does not propose any other acceptable solutions, they will have to recourse to this one.

The position of Brussels

If approved, the transition document would bridge the gap between Europe and Great Britain until the end of 2020, maintaining Britain’s privileges but postponing their Brexit commitments.
According to that document, Republic of Ireland and Northern Ireland would remain an integral part of the European Union.

Britain after Brexit will no longer be the heart of financial services for Brussels. London has already been threatened by the “flight” to other European cities.
In the meantime, those who have economic interests in Great Britain are gathering themselves to face up to all possible scenarios.

The drain of banks and companies continues on, as does the relocation of businesses to places outside of the UK.

Even Italy is in the running to host those who do not want to wait to see how things pan out before leaving the United Kingdom. If you have economic interests in London and you fear that they may be under threat because of the consequences of Brexit, do not hesitate to contact our expert lawyers for advice.

The lawyers at Boccadutri International Law Firm will provide you with information and assistance in your native language. You can contact them by filling out the form here.