The Nidalina case: arrests and seizures 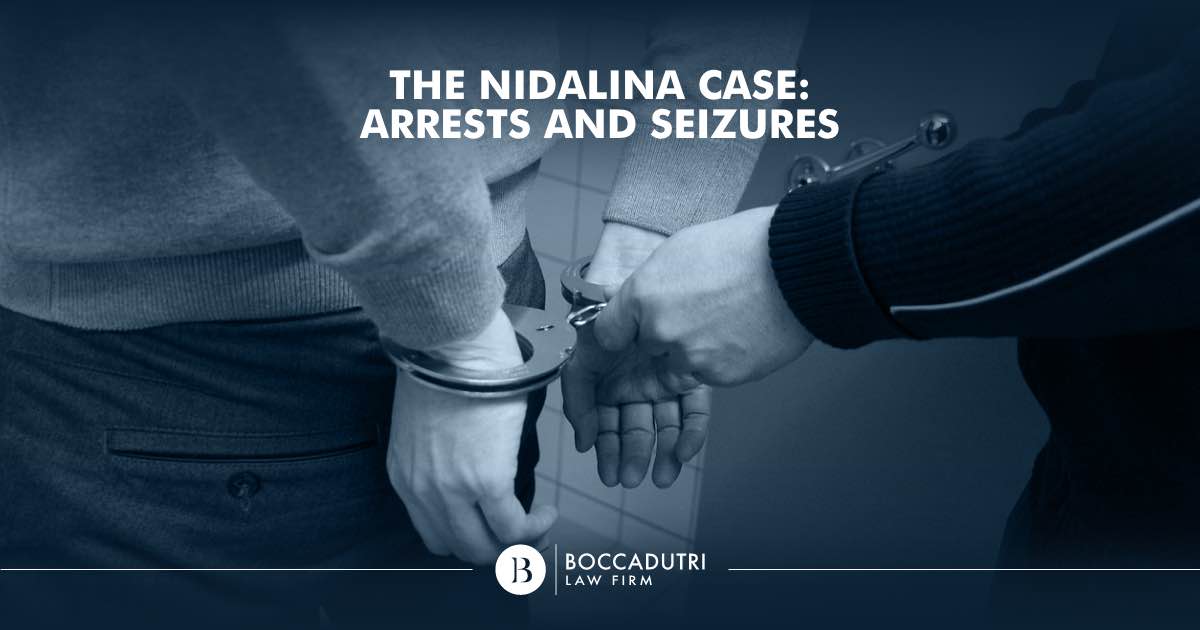 A series of arrests linked to the bankruptcy of Nidalina Group and to the fraud that the investment system concealed. The seizure of 20 million euros gives hope to those who lost their money.

The recent news of the arrests linked to the E-commerce site Nidalina has certainly not come as a surprise to the many Italians who fell into the company’s trap, and of those of its affiliates’. The backlash of this story in the media is most likely due to the service that Striscia la Notizia dedicated to it in 2018.

With suspect arrests and the seizure of real estate and movable property and of “up to 20 million euros” from active current accounts, some hope to see, at least in part, the ill-gotten gains again.

Total secrecy has been provided by the law enforcement and the media regarding the names of those arrested. It is also curious how, when you look at the skeleton of what remains of Nidalina, the names themselves constitute a mystery within a mystery. In fact, all collaborators are indicated by simply their first name followed by the initial of their surname and a period.

The list of people involved in the Nidalina affair is rather long. Nonetheless, the role and level of complicity of those enlisted should be taken into account.

Nidalina had been under observation since investors reports began. However, what fueled investigations and uncovered Pandora’s box was the bankruptcies of Nidalina Group LLC and Comelet LLC, which were certified by the Court of Monza and the Court of Rome in July 2019.

The crimes charged against those arrested, for various reasons, are tax crimes and criminal association concerning financial abuse, fraud, self-laundering, and fraudulent bankruptcy.

According to what has emerged from the investigation, the suspects used four companies that stipulated false sales or lease contracts and high-yield financial products.

We are talking about a loot worth more than 20 million euros, obtained by intriguing and attracting investors through social media and by organizing unforgettable conferences in several Italian cities.

In just two years of activity, more than 2,000 people believed in the profitable potential of their proposed investments and invested thousands of euros in what was destined to turn out to be yet another Ponzi scheme. The inner workings is to always pay the investors with the money paid by those who invest after them.

Evidently, this game cannot last forever and when the money started to run out, also because the fraudsters did not invest it but actually spent it on themselves, the scam emerged in all of its cruel reality.

Nidalina in a nutshell: countless promises, the prospect of differentiated investments between traditional and cutting-edge products, and imaginative conferences. One single purpose was not so obvious: to take money from those who had the (mis)fortune to invest with them.

Nidalina proposed improbable investments, from cars to boats, to prefabricated buildings, to high-yield financial products, and even livestock farming.

Investors could pay shares, starting at 5,000 euros, to become investors and receive a monthly return of 7%.

For the fraudulent system to work, promises had to be kept, at least for a certain period. The greatest illusion was, in fact, to make investors feel actively involved in the project.

Those who believed in Nidalina, at the beginning, experienced and witnessed this sense of belonging; as once the money was paid in, they actually received a profit. Their investments were the best publicity because they were sincere and believed that the system worked. As long as many new memberships were coming in, payments were guaranteed, but at some point, the flow of money stopped.

It cannot be said that these assets did not exist, but behind an apparent healthy facade something was rotting. This was in fact the case for the agritourism Antico Podere il Prato, which was part of the Nidalina Group’s list of investments and had been involved in an investigation on animal abuse.

Nidalina, like any self-respecting Ponzi scheme, functioned like a pyramid: below the top were the closest collaborators whose task was to promote (non-existent) financial products.

Further down were the fifteen regional area managers who had invested their own money and involved family and friends, probably unaware of the “obscure” nature of their work. Below them was a small army of about 370 salespeople who were engaged in selling the group’s company products and who received a commission for each investment contract signed.

If you happen to come across a company that acts in an ambiguous way and promises high returns for just paying in money, beware that it might be a scam. If this is the case, be careful about trusting them with your money, and if you have already done so, report them and engage the services of a lawyer experienced in dealing with these types of scams to try and recover your money. Boccadutri International Law Firm is at your disposal for any clarification and advice, please do not hesitate to contact us.