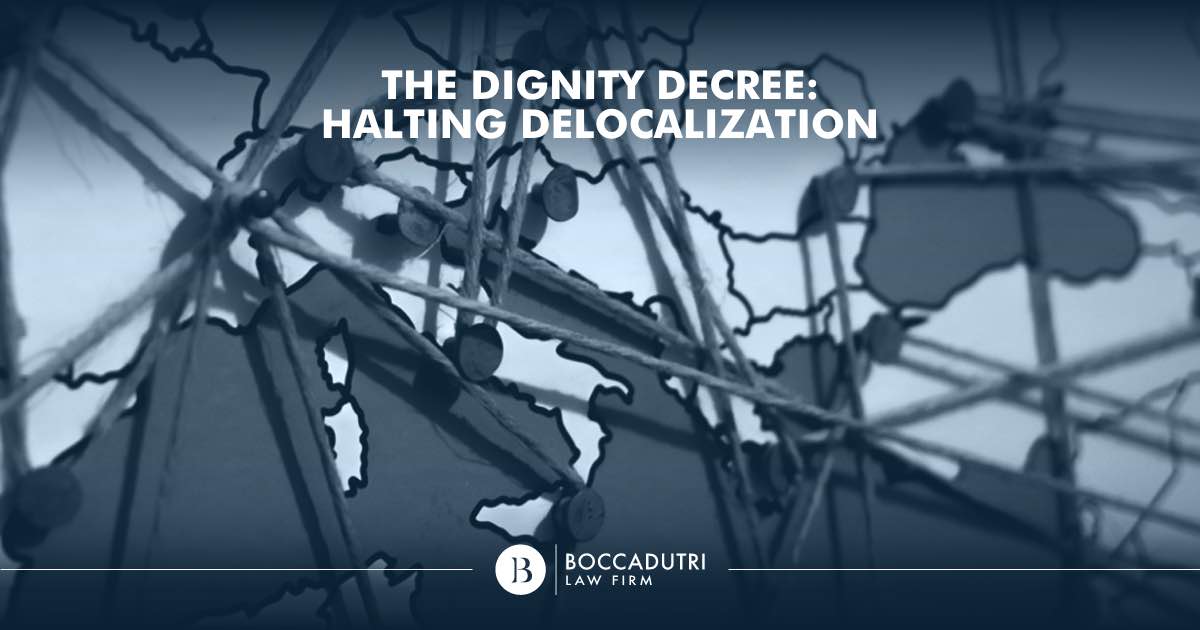 Recently approved Dignity Decree will place limitations on the relocation of companies whilst aiming to simplify taxation.

As of the eleventh of August, The Decree of Dignity was passed, the first legislative act to be enacted by the new Italian populist government. The official order takes its name from the need to make urgent provisions for the dignity of workers and businesses in Italy.
Several objectives of the decree aim to combat job stability, relocation of enterprises and economic dependency on delocalized production.

The length of these contracts will be converted from 36 months to 24, with the maximum number of renewals decreasing from 5 to 4. The opportunity to extend temporary contracts will only be permissible under certain circumstances, and in the absence of a formal contract renewal (at 12 months of employment), the contract will be understood as terminated. The risks associated with increased rigidity of the labour market outweigh the benefits of higher labour productivity, the government argues.

Delocalization is understood as the transfer of activities, capital and employment to areas of the country or world that provide competitive incentives. In essence, it is the act of separating fabrication from consumption.
This has been done by multiple companies to reduce production and labour costs while reaping increased financial gain.

However with the decree in place, penalties will incur if sufficient reason for the transfer of production is not presented. If found to have moved production to other parts of Italy or the EU without justification, the return of the capital plus 5% interest penalty will incur.

If production was moved outside of the EU without sufficient reasoning, the penalty is doubled or possibly quadrupled.

Continuing for the remainder of 2018, the tax benefit that permits taxpayers to offset credits with any debits will persist.

Agricultural producers under the VAT regime will no longer be subjected to spesometro. Spesometro is a processing of VAT invoices that are submitted annually to the Italian Revenue Agency in an attempt to limit tax evasion.

In order to limit gambling to only those of age, the use of health cards will be required as a means of verification (the likes of which exist in all cigarette vending machines in Italy) for all gambling and slot machines. As of January 1st, 2020, all such machines must adhere to the policy by having the verification mechanism affixed. Proprietors of machines that do not adhere to the new policy by the prescribed date will face a penalty of 10,000 euros per machine.

The established ban on advertising of gambling is reiterated with increased fines. In addition, penalties will be issued to producers that do not adhere warning labels to their machines or products, such as Scratch n’ Win tickets and slot machines.

If you have any questions in regards to the Decree of Dignity and its contents, do not hesitate to reach out to the lawyers of the International Boccadutri Law Firm by filling out the request form here.