The dark events of OneCoin 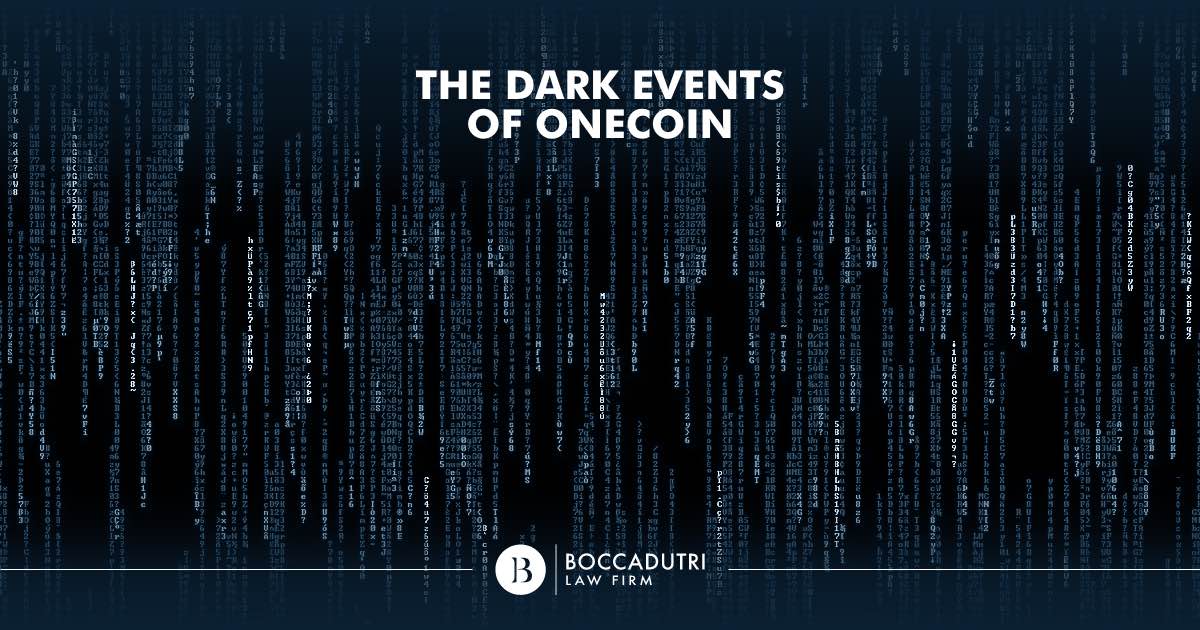 OneCoin, a trading society that was, until recently, active on the market, with one of it’s cofounders on the run from police, while the other sits in prison, have both been found guilty of fraud and money laundering. A story with a thousand implications, this is the story at the center of an exciting new series broadcast by the BBC.

The fantasy of Bitcoin and the stories of those who “got rich quick” has led millions of people to make risky investments with seemingly reputable brokers. Being one of the many spokes in the cryptocurrency will, Onecoin alone received an estimated $4 billion from investors originating in 175 countries.

OneCoin presented itself as a multi-level marketing network in which investors could buy cryptocurrency packages (tokens and marketing materials) in addition to receiving commissions for recruiting other members. The guarantee was that these virtual coins could be exchanged for real money and therefore, in the same way, shops and restaurants could accept OneCoin as a form of payment.

The sites linked to OneCoin Ltd, a company based in Bulgaria, continued to operate on the market until December 2019, denying all allegations of it being a Ponzi scheme. Until the very end, OneLife, the parent company of the project, reiterated that “OneCoin verifiably satisfies all the criteria of the definition of crypto-currency”.

The history of OneCoin

In 2014 Ruja Ignatova, a Bulgarian businesswoman, launched a new cryptocurrency: OneCoin. In two years, over 3 million people have utilized the currency, thus earning her the nickname ‘Cryptoqueen’. Ignatova went missing in 2017, giving rise to myths about her, in part thanks to the BBC series “The Missing Cryptoqueen“, the work of writer and journalist Jamie Bartlett. Bartlett is far from alone in looking for her, given that the FBI has money-laundering charges that they await to charge her with.

The legal proceedings of OneCoin

On November 25th, 2019, after three weeks of trial, U.S. lawyer Mark Scott was found guilty of money laundering and fraud. Between the end of 2015 and mid 2017, Scott laundered $400 million on behalf of Ignatova. He pleaded not guilty and insisted that he acted in good faith, stating that he was convinced of the regularity of OneCoin’s business. However, given the outcome of the proceedings, he now faces up to 50 years in prison (20 for money laundering and 30 for bank fraud). By the end of February 2020, his sentence will be announced.

Konstantin Ignatov, brother of the missing Cryptoqueen and co-founder of the company, has been in prison since March 2019, after being arrested at Los Angeles international airport. Ignatov pleaded guilty to several charges, including money laundering and fraud. Despite the plea bargain, Ignatov faces a sentence of up to 90 years in prison, as reported by the BBC.

OneCoin was first reported as “at risk” in September 2016, but the UK Financial Conduct Authority (FCA), which issued the notice, later removed it in August 2017.

The basic principle common to all cryptocurrencies is that they must have a special type of database called blockchain (an incorruptible computer record of all transactions that proves the validity of the currency). This technology prevents counterfeit currencies from being developed and ensures that there is a limited number created and circulated. If there is no blockchain behind the cryptocurrency, the currency has no real value.

Authorites investigating OneCoin claim that it lacks a real blockchain, i.e. a public and verifiable record.

As the search for Ruja Ignatova continues, investors worried about the fate of their savings grow. Our lawyers are available to provide any type of assistance for those who need further information or legal support on the subject of Cryptocurrency. Please contact them here.