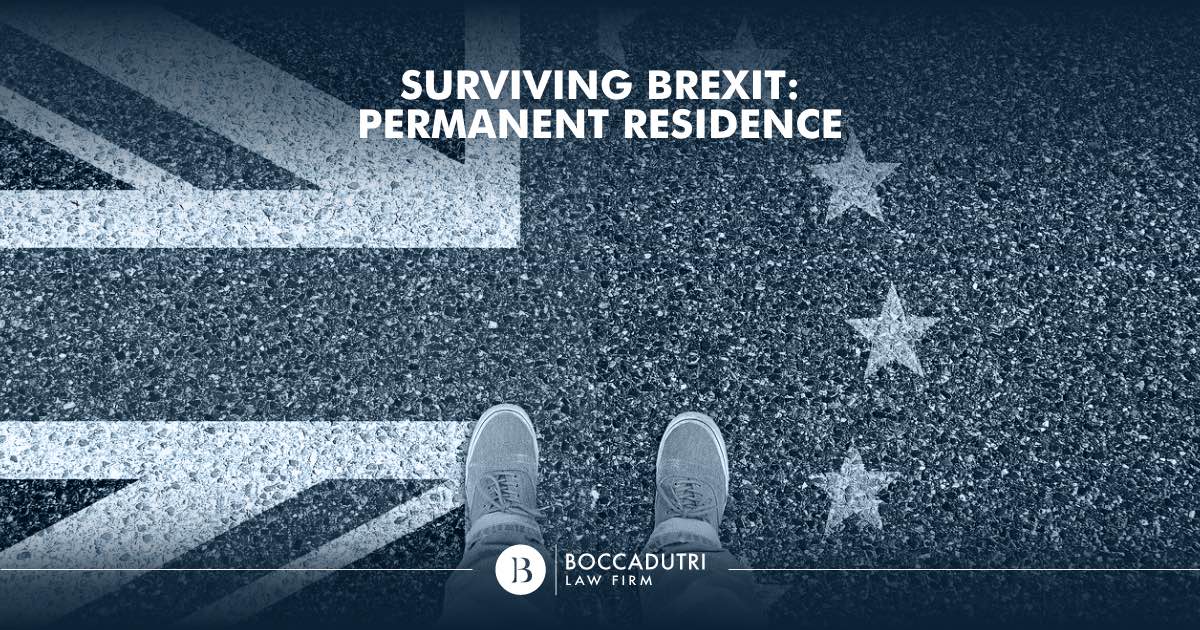 There was once a united Europe, but as one of its most influential and powerful members gives up its membership, a shift is being felt in European politics.

Will those who have so far been welcome become foreigners to the host country? Or is there a way to deal with the inevitable change without suffering backlash, having things in order by the time runs out?

As long as it remained an EU country, the United Kingdom retained all the rights and obligations of being an EU member. Currently, however, there is confusion, uncertainty and a lot of bureaucracy.

The rights of European citizens in the UK will be maintained, and they will be able to apply for residency status. But how? And until when?

Italians in the UK

Communications from London have stated that the last day for “Permanent Residency” will be December 31st 2020 and that those who hold a PR certificate will be able to convert it into “Settled Status”, a new initiative by the home office.

The procedure for obtaining permanent residency are dictated by a European law which, inevitably, will be replaced by a local directive. However, European law will reign supreme until the end of the transition period.

This means that European tourists will be able to continue visiting the UK as they have done in the past until the end of the transition period (December 31st 2020), but will have to conform to the new directives laid out by the British government afterward.

The process of obtaining “Settled Status” consists of verifying one’s identity (by inspection of personal documentation), eligibility (through assessment of residence) and suitability (criminal record check).

Settled status will allow non-British European Nationals the right to stay in the UK if they have been residing in the country for a minimum of 5 years by December 31st 2020.

Applications for Settled Status will be open until June 30th, 2021. This date also represents the final day in which the rights and status of EU, EEA and Swiss citizens living in the United Kingdom will remain unchanged.

The indefinite residence permit is also commonly referred to as “permanent residence”.

European citizens are considered to be “continuously resident” in the United Kingdom if they have stayed in the country for 6 out of 12 months, and if they have resided there for less than 5 years.

There are also some exceptions, thus there is a tendency to allow a longer than allowed absence for reasons of illness or pregnancy, study or military service.

In the case of long-term residents, i.e. a resident in the UK for more than 5 years, to be considered continuously resident, they must not have been absent for more than 5 consecutive years.

The December 2017 agreement between the United Kingdom and the European Commission, which specifies how requirements (based on time and manner of residence in the country) will change the determination of the right to stay for European Citizens.

In Italy, every citizen of the European Union (which currently include British citizens) can request a certificate of permanent residence, as per the EU legislative decree n. 30 of 2007 which regulates the “stay for all citizens and family members of the member countries of the European Union”.

It is advisable, as future restrictions on British citizens within the EU are not yet known, to obtain residency in Italy before Brexit is finalized.

Recently our country has equipped itself with an additional legislative decree, the Brexit Decree (Dl n. 22) of March 25th 2019, which regulates the issue of European residency permits. More information is available in our Guide How to live in Italy as a British Citizen after Brexit.

Family members with non-EU citizenship can visit their local Police and apply for the “Permanent residence card for family members of European citizens”.

The right to permanent residency is abandoned if one leaves the country for more than two consecutive years, or if they are deported.

The document certifying the right to permanent residence is advised to be acquired as soon as possible. The request to demonstrate proof of employment in Italy, the availability of sufficient resources for one’s own livelihood, and other documentation may be requested in order to obtain PR status.

It is a good practice to keep all the documents certifying presence in Italy, from employment contracts to income tax returns, as they may be useful when submitting an application.

Our International Law Firm has successfully assisted British citizens during the process of obtaining Permanent Residency in Italy.

For detailed and personalized advice, do not hesitate to contact the Immigration Department of the Boccadutri International Law Firm.