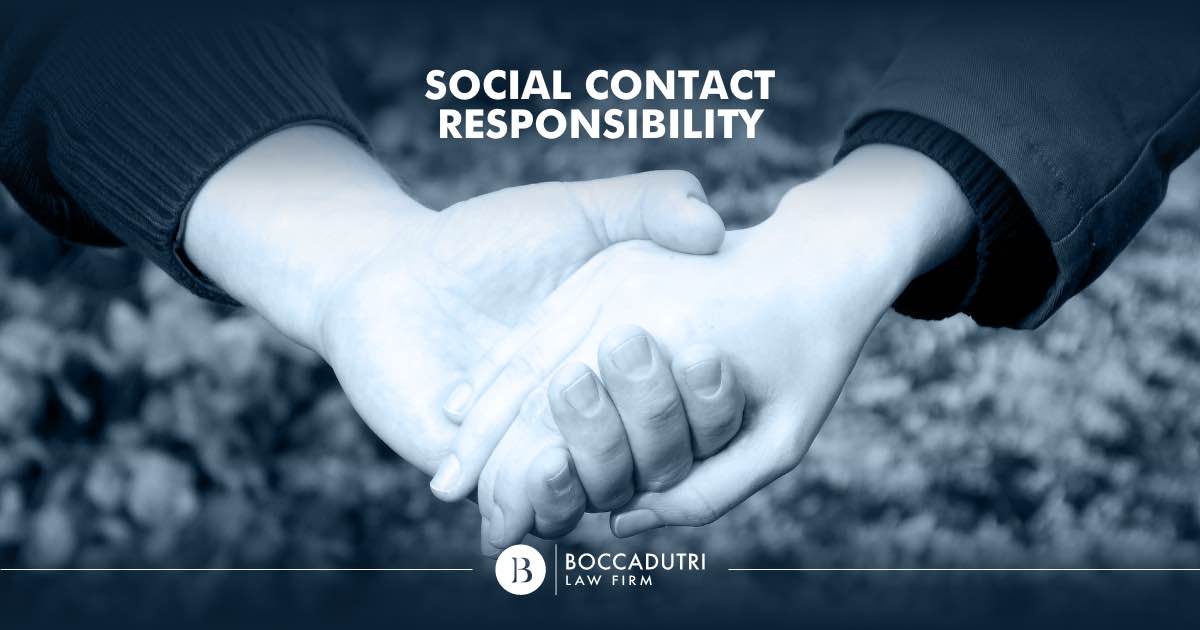 Even in the absence of a specific contract between parties, there are aspects of “social contact” in which unstipulated contractual rules are applied. In particular, this occurs in schools and health facilities.

By social contact we mean the relationship between two subjects, without a physical contract between them. Specifically, in instances where one of the two parties relies on the other’s duty of diligence, by virtue of the technical and professional skills that they possess and from which the relationship derives.

Social contact liability arises in the absence of a “contract”, but in the presence of “contact”, that is, a relationship between subjects under certain conditions. This determines a legal obligation regardless of whether the parties have entered into a written agreement.

The concept of social contact belongs to the category of “de facto contractual relations” and has been acquired by Italian decree (adopted from Germany) in recent years.

It is mainly applied in schools to determine the responsibilities of teaching staff in the event of self-harm inflicted by pupils but also for those of protected professions (medical, banking, legal, financial).

Protected professions are those whose practice is subject to registration in special registers or lists (article 2229 of the Civil Code) kept by the respective professional associations.

In the professional context, when a code of conduct is violated, certain responsibilities are inferred. If it is contractual, the violation occurs by not respecting signed agreements. If the violation is done via social contact, the deficiency is between two parties who are not contractually bound.

A profession like that of a doctor requires specific qualifications that oblige him to behave diligently, regardless of the circumstances in which he works. Every relationship between a professional and a client/patient/pupil can be governed by the rules of a contract even if what occurs falls under the definition of ‘social contact’.

In this regard, article 1173 of the Civil Code specifies which acts or facts create obligation: “Obligations derive from a contract, an illegal act, or any other act/event capable of producing them in accordance with the legal system”.

The client/patient/pupil must establish contact, while the burden of proof lies with the professional, that is, to demonstrate that their behavior has not caused the dispute.

07/14/2009 in the real estate sector, all attributable to the Court of Cassation), a “remedial” approach has proven to be more effective in protecting the interests of the people involved and more consistent with the likely outcome.

If you have encountered a situation in which you feel you are entitled to the rights of Social Contact and have questions, do not hesitate to contact our lawyers here.