Skiing accidents. Before leaving for your skiing holidays, get informed! 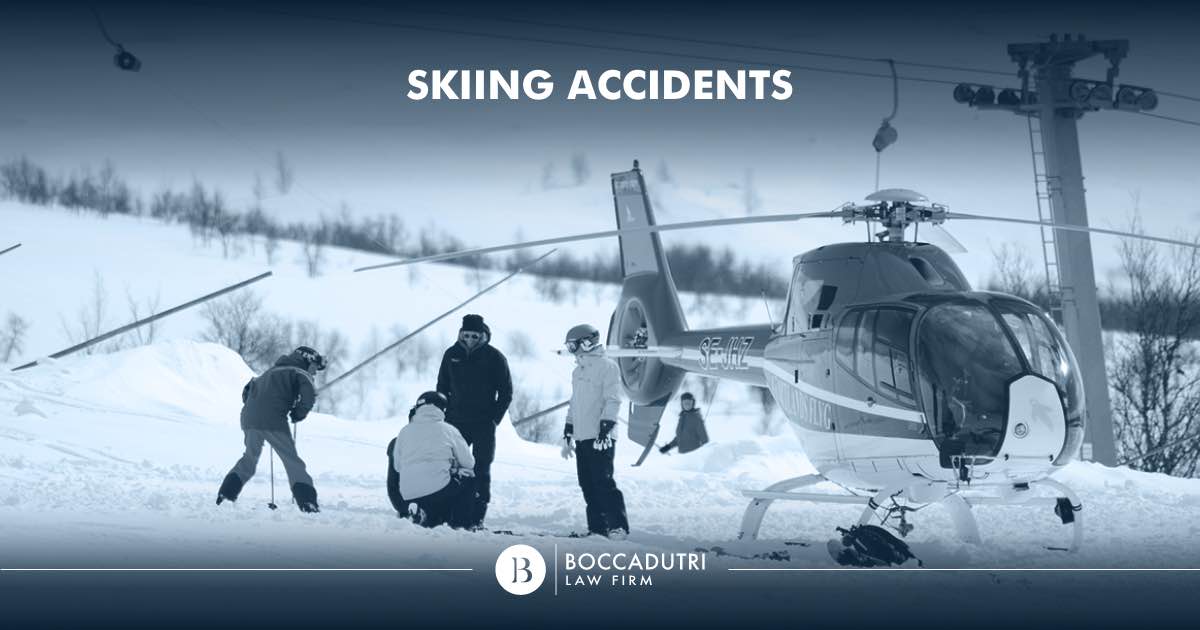 Most accidents occurring within the skiing areas are mainly due to the negligence of the upstream skiers who could, in an instant, spoil your holidays.
But don’t worry: the law protects the rights of  victims of negligence, recklessness, and malpractice of others.

Snowy mountains are considered one of the favourite destinations for vacationers; thus, it would be good to get informed before planning your skiing holidays.
In Italy, winter sports are regulated by Law No. 363/2003 which contains rules expressly dedicated for safety in downhill and cross-country skiing.
Such a law was required because of the peculiarities of the means used on ski slopes which, even though can reach high speeds, cannot be compared to real vehicles.

In accordance with the Law there is a non-contractual liability of the parties involved with a clear attribution of liability in the event of a ski collision.
In this respect, it is clear that the upstream skier – favoured by a better overall vision of the ski slopes –  should pay greater attention than the downstream skier.

For this reason, in case of litigation procedures, the courts tend to argue in favour of the downstream skiers.
According to Law 363 and to common sense, skiers are always required to maintain a responsible and careful conduct and such a speed as to allow them to have the time and space needed to stop when other skiers arrive.
Although speed could vary according to the characteristics of the ski slope, all skiers should be always extremely careful. Liability remains unchanged even in the presence of a third party: colliding with someone to avoid someone else reflects the scant attention paid during downhill; thus, the upstream skier shall be held responsible for the skiing accident.
There are, however, exceptions to this rule and not always upstream skiers can be proved wrong.
For this reason, in order to resolve disputes on this matter,  it is necessary to verify the behaviour of the parties involved on the basis of the evidences and witnesses provided.
The claimant party shall demonstrate a causal link between the conduct of the skier, deemed guilty, and the damage suffered. On the contrary, the other party shall prove the absence of such a link to not assume any liability.

When you are involved in a skiing accident abroad, the applicable law is that of the Country where the accident occurs, thus the right for compensation cannot be taken for granted.
If the holiday has been arranged by a tour operator, you can claim damages against the same tour operator, whether you have suffered an accident or if the holidays services did not match the requirements promised.
Most travels usually subscribe a travel insurance before leaving; however, it should be remembered that, for example, the European Health Insurance Card (EHIC) covers public healthcare but does not cover any costs related to the transportation, including air medical service  to take the accident victims back home.
Indeed, the same conditions are applied both to residents and vacationers.
Before leaving, vacationers should subscribe a policy which includes third party liability and personal accident insurance to protect themselves and the others from any unforeseen event.
Imprudence does non forgive faults!
Six Italian regions, namely Abruzzo, Lombardy, Piedmont, Valle d’Aosta, Trentino Alto Adige and Veneto have decided to protect themselves from the negligence of the imprudent hikers guilty to put their life, as well as their rescuers’ life, at risk.
If the rescue service has been proven to be useless, this will be charged to the user.

In Italian ski resorts children up to 14 years of age must wear a helmet; however such a precaution is extremely recommended also beyond this age limit.
As in the roads, also on ski slopes safety distance and speed limits shall be maintained.
If visibility, space and “traffic” conditions are not ideal, one should be more careful when overtaking or stopping; moreover acrobatics should be avoided.
At crossroads skiers must always give way on the right, stop in narrow places, in proximity of bumps or in places where visibility is poor.

According to estimates by SIMON system for the surveillance of mountain accidents, every year winter sports cause some 35,000  accidents, most of which, fortunately, are not serious.

The Italian National Institute of Health reported that almost 80% of skiing accidents is due to loss of control.

On 23 May 2016 the Justice of the Peace of Bressanone punished a skier guilty of having hit a child on the ski slope; the victim suffered injuries which required over 40 days of treatment.

In this case the skier had maintained a high speed downhill and, albeit the perfect visibility and space conditions, collided with the child while overtaking.

In accordance with what determined by the Judge: “Due to a dominant position which provides a good visibility and the possibility of regulating speed and trajectories downhill, the upstream skier is bound to use the greatest caution to avoid injuring downstream skiers”.

On the same line the judgment of 4 July 2016 issued by the Justice of Peace of Bolzano against a   skier responsible to have hit a downstream skier, considering that insufficient safety distance had been  kept while overtaking.

In addition to negligence and imprudence, the defendant was also accused of malpractice, namely poor technical preparation that has not allowed him to avoid the collision.

If you have been involved in a skiing accident during your holidays do not hesitate to contact the lawyers working for Boccadutri International Law Firm who will help you to obtain the appropriate compensation for the damage suffered.
To contact our lawyers you can use our on-line form here or write an e-mail to [email protected]