Scam TelexFree. You can get a refund 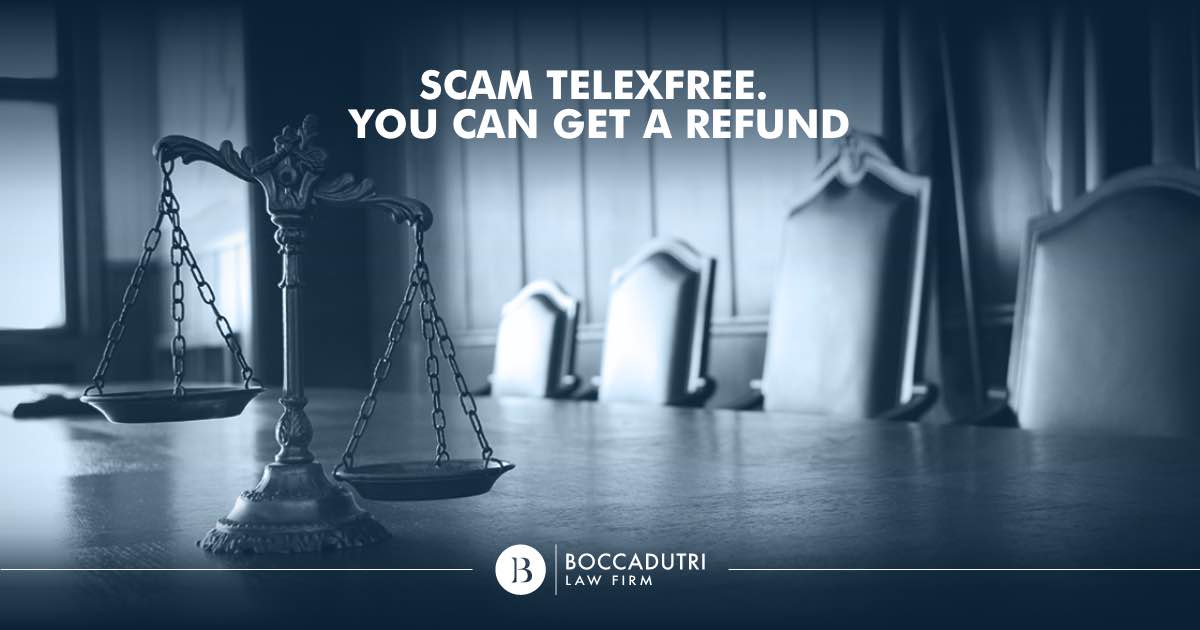 The deadline to present an application to claim reimbursement of losses due to the closure of TelexFree Company has been extended until December 31, 2016.

The Massachusetts bankruptcy court has extended the deadline for submitting applications for reimbursement to the administrator of TelexFree until December 31, 2016. Originally the deadline had been set for September 26, 2016. The decision was made to give way to a larger number of people that were scammed and to recover their investments. Those who have already submitted an electronic submission will not have to submit a new one.


It has been established that by December 31, 2016 people or companies that were involved in the scam and have purchased a membership plan or a packet Voice Over Internet, can document their losses caused by Telexfree. They can ask to be compensated for the initial investment wherever they are.

The attachments with which you will be able to demonstrate how much you have lost are the documents that are requested to be prepared with diligence. This is so as to be certain to be included on the list of refund claims. It is always advisable to get expert legal assistance. Our lawyers will be able to guide you by preparing the motion and also have the money reimbursed in US currency.

Our Forex Department lawyers will advise you on whether or not to go forward with the reimbursement claim. This will be evaluated on a case by case situation.

Applications must be signed by those who have experienced a scam or a person authorized by them. Filing a ePOC (Electronic Proof of Claim, EXAMPLE: “credit electronic evidence”), is the ONLY valid means of presenting documentary evidence of its claims against the debtors.

Refunds will be calculated on the basis of “equity”, that the sums invested by you, decreased the amounts received during the participation in the scheme Telex Free. You should submit your application only if you have a claim against one of the three companies USA Telex Free: Telex Free, LLC; Telex Free, Inc. or Telex Free Financial, Inc.

If you have a claim with Telex Free and Ympactus, you cannot submit a request to the American authorities because the Brazilian authorities also come into play, and the procedures with get complicated.

A step back: what led to the closure of telexfree?

Telex Free is an online business that was established in February 2012. The creators are three Brazilians: Carlos Roberto Costa, Carlos Nataniel Wanzeler and James Matthew Merill.

Supposedly they handled the sale of advertising packages. After the investment, there only obligation was to enter some advertising links on a computer. In doing so, the investors were ensured economic returns of up to 300% of the capital employed initially. Another way to make money with Telex Free was to pair up other people. Any expenditure made by affiliates ensured a further gain to those who presented others.

It is sad to think that such gain is considered an illegal pyramid scheme by almost all courts of the world.

It is impossible to know how many people have joined, before knowing what the real criminal purpose of the company was. There is talk of more than a million people. Even in Italy there have been cases of real recruitment conventions, so compelling as to favor the spread of the scam in our country, as elsewhere.

April 13, 2014, two years after its opening, Telex Free was declared illegal by the Court of the District of Massachusetts. Meanwhile the money of those who had bought advertising packages had gone missing.

What is a pyramid scheme?

The pyramid scheme is a system that entices casual investors, leading them to invest money and attracted by the lure of easy money.

The money is not actually invested but used to pay investors already recruited earlier to make them believe in the validity of the system and make positive publicity. Also enlisting in good faith other investors. Inevitably, sooner or later the system crashes, because there is no new money, or because the organizers of the scam decide it’s time dismantle everything and escape with the money.

If you believe you have been the victim of fraud by the company Telex Free please contact us for a consultation. We will direct you to the best solution for you or we will help you collect and translate the documentation necessary to complete the form in the appropriate site successfully.