Road killing and driving while drunk: a single crime 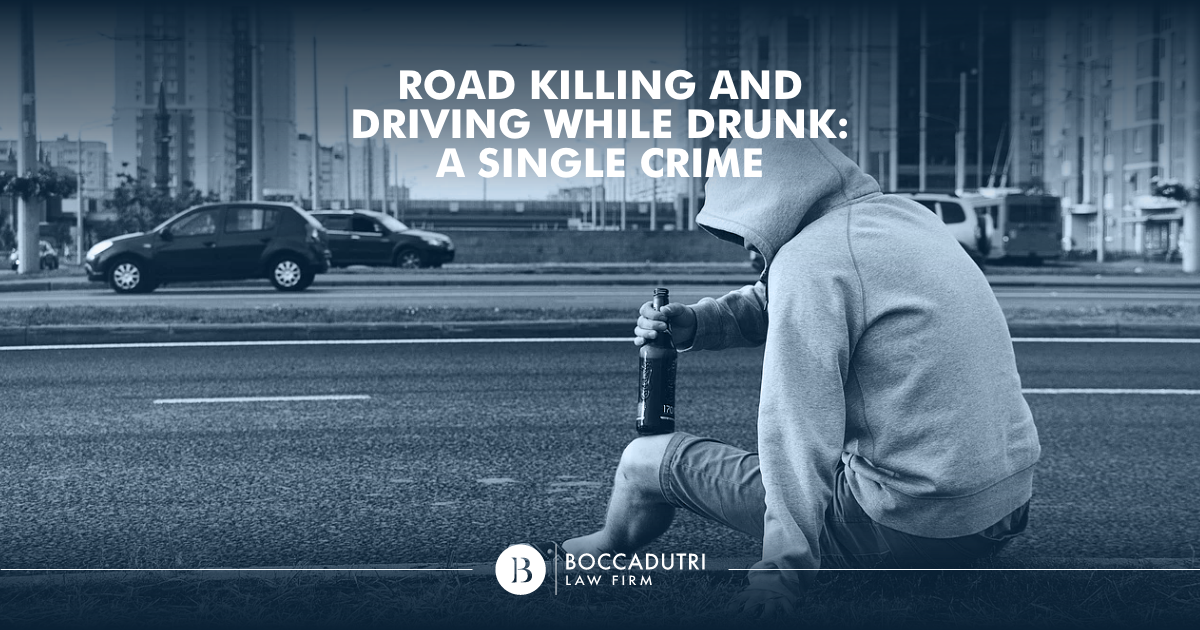 The Court of Cassation has ruled that, in the case of road killing, the charge must be limited to one charge, even in the case of driving while intoxicated or under the influence of drugs.

According to the Fourth Criminal Section of the Court of Cassation, those guilty of homicide must not be also charged for driving under the influence of alcohol or drugs.

The decision of the Supreme Court follows the precedent set by many cases resulting in the same decision: a single accusation.

The judge for preliminary investigations at the Court of Grosseto, for example, called to comment on an accident caused by a man who was under the influence, and whose conduct had caused the death of another motorist. The court established with the decree of August 28, 2017, that “the fact which is the subject of the judicial proceeding, is already sanctioned by the most serious indictment”.

As a crime, road killing is already an aggravated pursuant to art. 589-2nd, second paragraph, therefore the offense (Article 187 of the Code) can not coexist in the same procedure in which the latter is implicitly already sanctioned, as an aggravating circumstance.

With the introduction of the crime of motorist killing in 2016, (Law No. 41 of March 23, 2016) we have passed from the imputation of manslaughter, possibly aggravated by the use of alcohol or drugs, to the imputation of road killing.

The sentence of the Supreme Court number 26857/2018 takes into consideration the principle of “ne bis in idem”, ie “not twice for the same thing”.

For this reason, driving in a state of intoxication is considered aggravating but not self-offending. If the defendant is prosecuted for the crime of street murder, he can not be charged with other minor autonomous crimes.

The drunk driving offense is sanctioned based on the amount of alcohol found in the driver’s blood (articles 186 and 186 bis of the highway code):

Driving under the influence is defined as being in a state of psycho-physical alteration due to the use of drugs.
The rules for intoxication under the influence of drugs (Article 187 of the Highway Code) is punished with an administrative sanction ranging from 1,500 to 6,000 euros and with a penal sanction, in the most serious cases, incarceration from six months to a year.

Once the crime is established, the administrative sanction of the suspension of driving licenses is applied from one to two years.

If you have been involved in an accident or have inquiries about the subject, please do not hesitate to contact the expert lawyers of the Boccadutri International Law Firm.