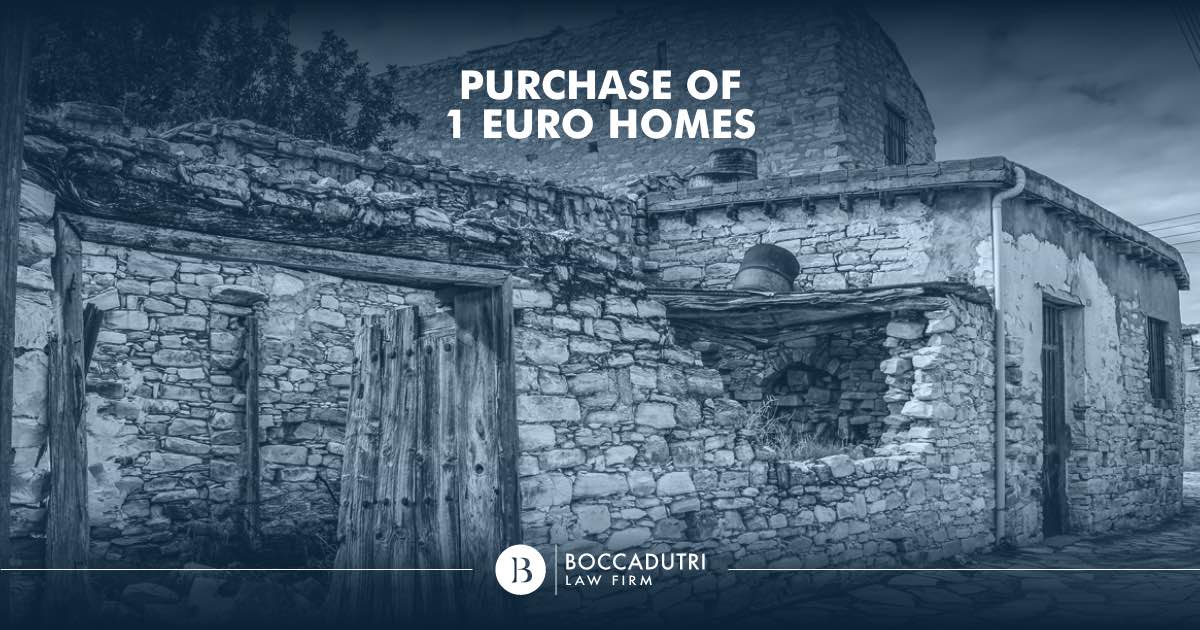 The sale of houses from 1 euro to re-populate and to re-evaluate abandoned houses in Italy. In Sardinia, as well as abroad, the experiment has been a great success.

The sale of homes at the nominal price of 1 euro is spreading throughout Italy. It has also made the papers in the press abroad, in particular in the charming town of Ollolai, situated in the heart of Sardinia, in the province of Nuoro, the price of these houses has been estimated at two hundred, attracting the attention of the media.
Ollolai has all the characteristics that could lure in those who want to invest in a second house in Italy: mild weather, mountainous landscape, deeply rooted traditions and charming views that have remained unchanged with time.
Moreover, less than an hour away by car, from Ollolai, you can travel to pristine beaches, or the beautiful cliffs and sea caves of Cala Gonone.

The mayor’s public announcement has had so much success that the city council has had to fix a limit on the submission of applications until the 7th February after having seen a drop in the number of available properties, but this could be reversed if there is a rise in the number of available properties, or with the withdrawal/uncertainty of some requests.

It must be said that behind the incredible offer there are houses, on smooth granite rock, completely renovated, and that the commitment undergone to purchase them and render them inhabitable can take three years with a minimum investment of 20,000 euros.

Owners that are no longer interested in maintaining those houses, whilst paying the taxes, have sold the properties to the city council which has put them on the sales market for 1€.

Promoting the renovation of properties in Italy is foreseen by budget law, a range of concessions that allow compensation for part of the expenses made.

With regard to all the work happening until next 31st December (one talks of those launched from the first of January 2018) one will be able to benefit from a tax reduction of 50% of the expenses up to a maximum of 96,000 euros.

One can also access an ecobonus with a rate equal to 50% in the event of the replacement windows and window frames, the installation of boilers and solar protection and extra furniture (furniture or large household appliances equal to class A plus) equal to 50% of the costs sustained and within the limit of 10,000 euros.

A green bonus has been introduced, namely a fiscal deduction of 36% (maximum 5,000 euros) for green maintenance work in the private zones.

Sardinia is not alone. In Italy young people are leaving their villages to pursue their ambitions elsewhere, the houses have emptied and were abandoned in neglect.

At that point, it is inescapable not to close in on oneself but to open to visitors, giving them an example of such hospitality for which Italy is famous around the globe.
With less success than is taking place in Ollolai, the project “1 euro houses” is already active on the entire peninsula, waiting for the interested buyers.

If the idea of buying a house in a mini paradise, at a nominal price whilst giving the house back to the territory reborn, interests you, do not hesitate to contact us here for advice and information.
The legal experts at Boccadutri International Law Firm are at your complete disposal.