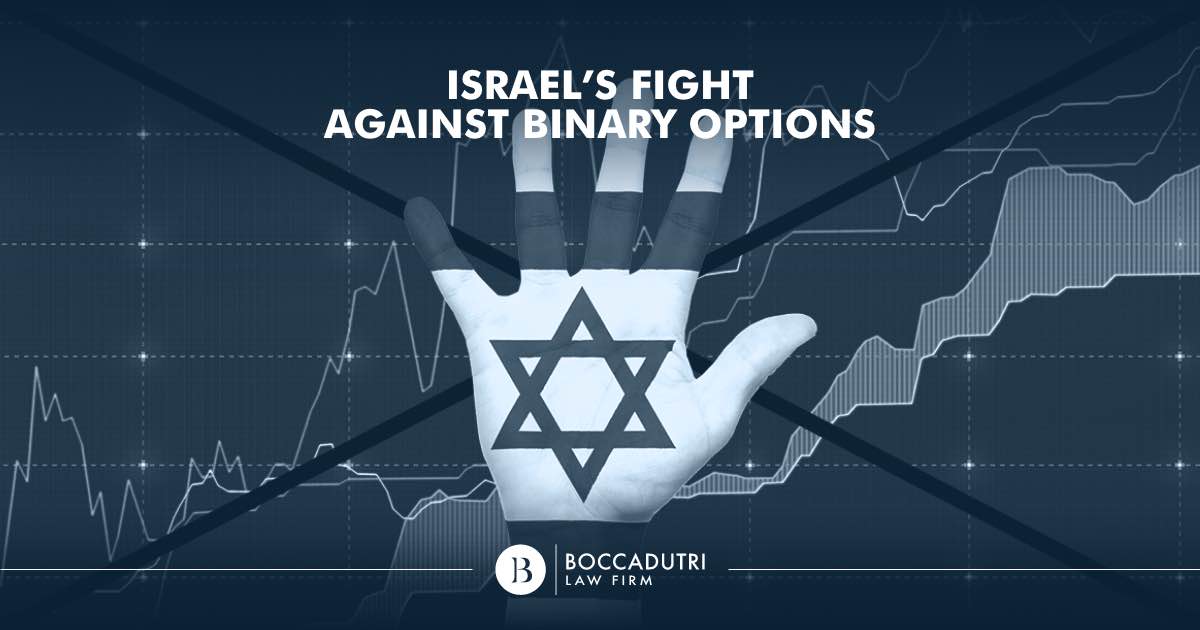 The analogy between binary options and gambling led the Israeli Parliament to adopt ever stricter laws to eradicate the Forex scam phenomenon in the Country, although this means prohibiting the whole online investments.

Unfortunately, Israel has become the home of gambling and online investments. Such a situation can be explained by the success of the Israeli software companies which, starting from military demands, have been able to develop sophisticated programs for processing large volumes of data. Firstly, it dealt with gaming platforms including integrated systems which allowed secure transactions; however, the shift from games to gambling and Forex has given rise to a phenomenon able to move millions of dollars.

The management of such a “toy” has resulted in the development of numerous activities related to betting and trading, most of which are unequivocally aimed at defrauding investors. The investments proposed to customers will often result in the total loss of the sums invested. Multilingual call-centre services, employing people from all over the world, have been implemented with the sole aim of attracting customers towards dangerous and fraudulent sites.

Consumers made their voices heard

When savers’ complaints begun to be pressing, reaching astonishing numbers and figures, the ISA (Israel Securities Authority), designated to supervise financial markets and savings instruments – the corresponding watchdog in Italy is Consob – took the situation into its hands by asking the Israeli Government to legislate on this matter and close fraudulent companies. In the summer of 2014, the Israeli Parliament ratified the first set of rules regulating the financial trading sector which first imposed the Israeli brokers to acquire a license to operate.

Then, it would be ISA’s task to evaluate the suitable companies and, subsequently, to control them in order to protect consumers from transferring money to scam companies. Through bi-weekly and monthly reports on their activities, traders would have been aware of their investments’ fate and, most importantly, according to the new rules, they should have been instructed on the product purchased.

The next step of the Israeli authorities was to prohibit online trading or binary options sites from providing their services to customers residing in Israel by equating the binary options, as speculative products, to gambling, already banned in the Country. Obviously, the prohibition from operating within their national borders has not stopped the online transaction companies which have began to look for customers abroad. When the United States realized what was going on (thanks to the testimonies of consumers who were already cheated) they asked, and obtained, that the ban was also extended to US citizens.

In May 2015, the Israeli Government, along with US citizens protection, introduced a number of other obligations for online forex trading or binary options companies, including the preparation of countermeasures to be taken in case of legal actions from customers, hacker attacks, IT-related problems, errors or offences committed by employees. Brokers have been also prohibited from attracting customers through bonuses; furthermore the Government set a limit to advertising and marketing actions to be solely disclosed after receiving ISA’s approval.

In order to protect the reputation of the Israeli financial system, which has been seriously undermined by continuous scandals, ISA asked that prohibition was not limited to the sole customers involved, but rather that the online sites were previously prevented from causing any damage to third parties.

The idea is to make the whole binary options industry illegal throughout the Country. Indeed, some proposals are going to be added to an already existing Draft Law in order to give precise guidelines for the management of transactions in Israel with the aim of protecting also foreign customers. This will stop the phenomenon of Israeli scams and restore Country’s credibility.

Very hard times are coming for Israeli online trading companies; however, the consequences of such severe rules could drive the “shot down” companies towards more permissive Countries, such as Italy.

Anyway, call-centres keep on defrauding thousands of people abroad, disregarding the law, given that ISA is not entitled to regulate them.

If you have been involved in a Forex or binary options related scam, or suspect that your broker is acting in a haphazard manner, do not hesitate to contact our experienced lawyers.

Boccadutri International law firm will clarify any doubts and will suggest the best way to protect your investments.

You can contact our forex or binary options lawyers by filling out the online form or write an e-mail.