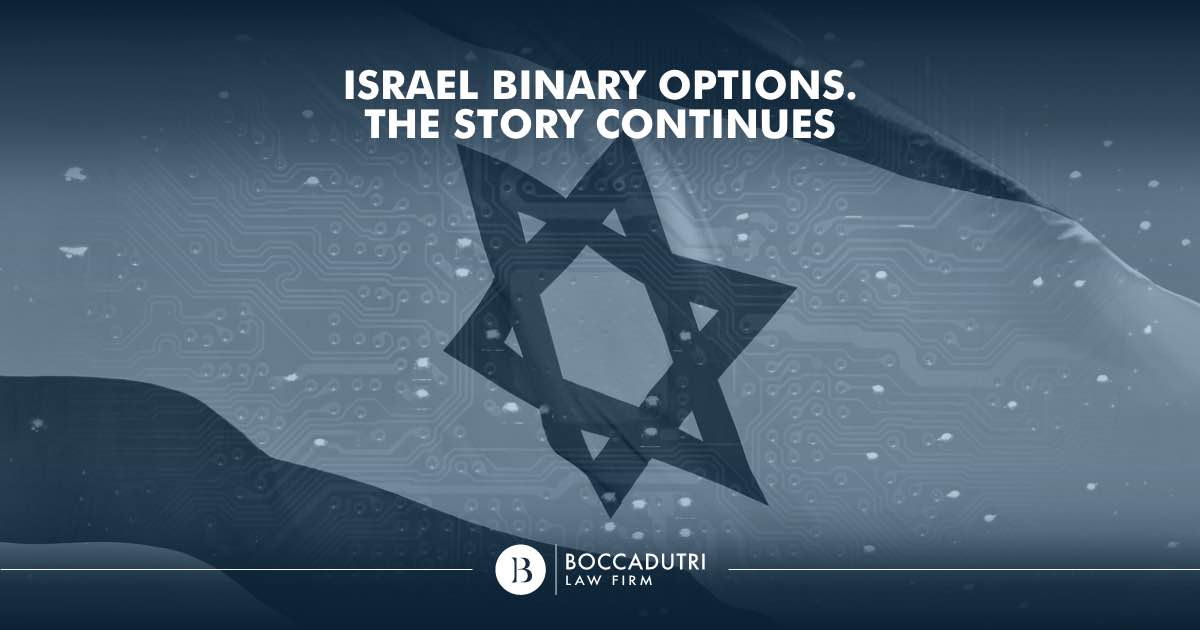 Binary options has been outlawed in Israel, which has come into effect since the 23rd January, after the Supreme Court in Israel rejected the appeal that could have blocked the law.

The dice have been cast: the law that banned binary options has officially come into effect in Israel.
The extreme attempt to stop it, by turning to the Supreme Court in Israel, failed when the appeal presented by Yossi Herzog’s lawyers’ was rejected. Yossi Herzog is the owner of the binary options group Yukom Communications Ltd.

Since the 23rd January 2018 one has no longer been able to undertake any activity connected to binary options: nor offer trade in binary options to their clients, nor produce the technology or services to brokers that work in the binary options field.
Offenders risk a two year prison sentence.

Reasons for the appeal

To justify Herzog’s appeal, who has evident interests in the sector, he stated that the law in his opinion was excessively rigorous as result of public pressure.
The fraud connected to binary option has origins in Israel, and has had devastating effects across the world, with confirmed cases of suicide caused as a result of losing all of their savings.
Nevertheless, according to the entrepreneur, it is based on a true and proper witch hunt that has falsely involved those who operate legally from Israel, exporting services and technology.
The new law would, according to Herzog, therefore be unjust as it does not distinguish the honest companies from the “weeds.”

The Supreme Court has rejected the appeal, believing that there were no conditions to issue a provisional order of suspension of the law.

Pending the law being applied the majority of the businesses in the sector have had time to adapt themselves, relocating their businesses abroad.
Someone have preferred to remain converting themselves into businesses of the moment, namely the development of Blockchain, the technology (fundamental component of cryptocurrencies), by starting with the creation of single groupings of information, permits the realisation and the management of large databases in which the blocks, that are linked among them are made secure through the use of encryption.

If Israel definitively closes its doors, across the rest of the world binary options is regarded with suspicion, its future seems uncertain.
Even Facebook has been fully mobilised against binary options, but also against cryptocurrencies and ICO, initial coin offering (initial offerings of sums from start ups, used to collect finds through the distribution of tokens), prohibiting advertising on their platform.
To force the social networks towards this policy would seemingly have resulted from .pressure by the FBI and the Canadian Binary Options Task Force.
Rob Leathern, responsible for the management of Facebook products, has explained by means of a statement to have wanted to ban “the advertisements that promote products and financial services that are frequently associated with being misleading or deceitful.”
As they continued to be credible, since they were published on social networks. Thus, it was necessary to use this this clean slate, by banning by nature that which could hide “scams or deception” in a manner to “make it more difficult for fraudsters to draw a profit by means of their Facebook presence.”

A stance is also being awaited from Google, to whom the FBI has made a request, in order to put an end to misleading advertising of binary options, bitcoin and products at risk of fraud.

For more information in this area do not hesitate to contact our legal experts here from Boccadutri International Law Firm, who will be able to guide you and advise you with regard to fraud and investments.