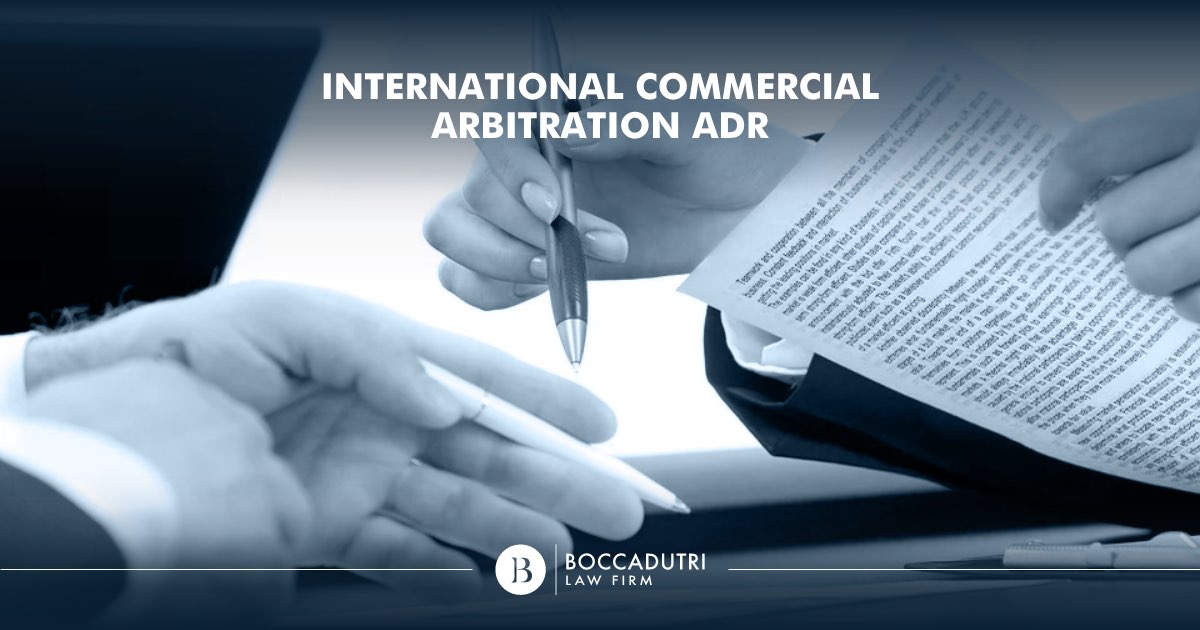 International Commercial Arbitration is defined as a judicial dispute that does not take place before a national court, but before neutral private judges, called “arbitrators”.

The objective of arbitration is to preserve the competitiveness of businesses by resorting to an alternative dispute resolution system (ADR) that differs from those offered by ordinary justice.

With arbitration, one chooses a faster and more efficient course of action, as well as a protection of confidentiality that would otherwise be unavailable, the efficiency and confidentiality of the proceedings on the one hand, and the stability of the decision on the other, which can gain recognition worldwide.

Unlike the rulings of the various national courts, international arbitral awards can be enforced in almost any nation.

Arbitral jurisdiction may be based on the will of the parties expressed in the arbitration agreement or arbitration contract, or in arbitration clauses (in which the parties agree to before the case has been raised) included in existing commercial contracts between the parties.

It is an increasingly common practice for companies to include international arbitration agreements in their commercial contracts with other companies, so that when disputes arise, there is an obligation to resort to arbitration.

Arbitration may also be used after the dispute has been risen. In that case it is referred to as a presentation or filing agreement.

In this respect, the so-called Doctrine of Separability preserves the validity of the arbitration clause contained in the contract, with respect to the main contract in which it is contained.

A consequence of this autonomy is that the arbitration agreement may be (and often is) governed by a different law than that applicable to the main contract to which it adheres.

To this end, the choice of the place of arbitration and the preferred arbitration method is of paramount importance, since otherwise the law of that place will be deemed applicable in determining the validity of the arbitration agreement.

The Laws of International Arbitration

The sources governing international arbitration are:

How to apply for Arbitration

The party requesting to proceed to arbitration shall submit a special request, in accordance with the rules of the chosen arbitration body, which will be followed by the formation of the deciding body (single arbitrator or panel of three arbitrators) and the choice of the method of appointment, with the consequent drawing up of a timetable for the filing of pleadings and hearings.

At the end of the procedure, the arbitration panel or arbitrator will issue the Arbitral Award that will decide on the substance of the dispute.

Once an arbitral award has been obtained, it must be recognised in the relevant legal systems in order to be enforced.

As for Italy, there is no automatic recognition, so it will have to be recognised by the judge who will declare it enforceable by decree to be notified to the other party in accordance with Articles 839 and 840 of the Code of Civil Procedure.

What is Fast-Track International Arbitration?

Fast-track International Arbitration serves to ensure a certain speed in dispute resolution. It was introduced by the Arbitration Rules of the International Chamber of Commerce that came into force on 1st March 2017.

To take advantage of it, the parties would have to agree to settle arbitrations through what is known as “fast-track arbitration” the procedural rules of which aim to ensure that disputes end as soon as possible.

The Fast-Track procedure can be applied when the following conditions are met:

The course of the Fast-Track Procedure

For the fast-track procedure to be successful, several strategies and measures can be used/occur:

Why choose arbitration instead of litigation

Arbitration is preferred over litigation for several reasons and considerations.

In trade, speed and simplification become necessary to limit risks and losses.

To summarise, these are the points in favour of arbitration:

Our International Commercial Arbitration Department can assist you in international arbitration cases where there are conditions which favour this approach.