How to employ highly qualified immigrants 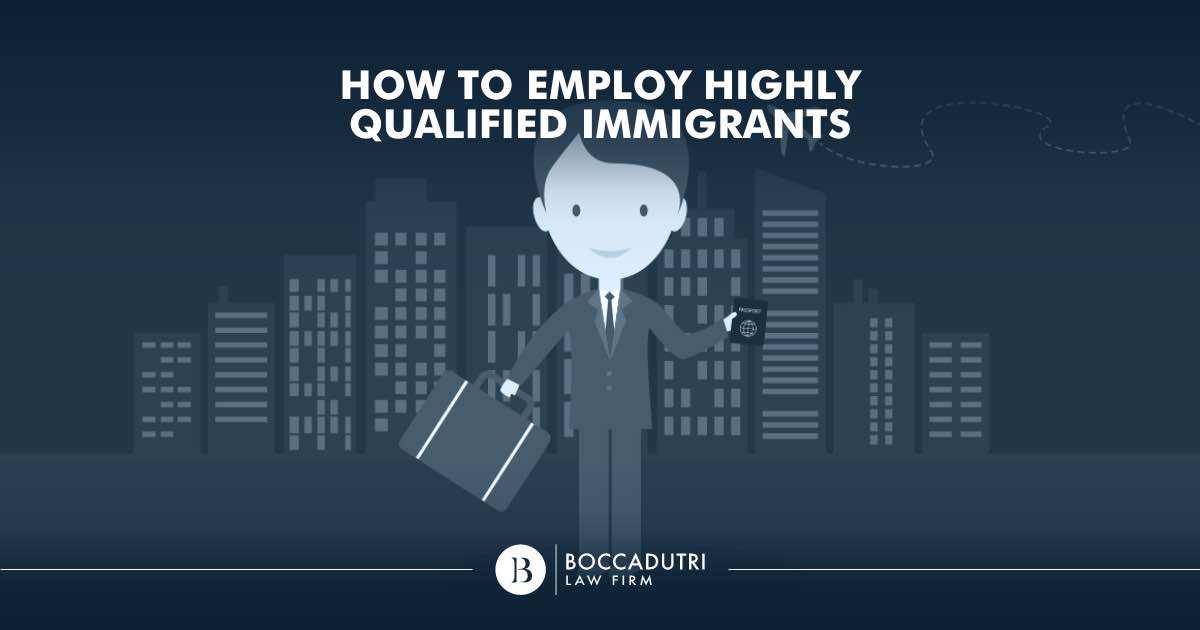 In the case of excellence, borders no longer matter. In Italy, the “Blu card” authorises the employment of highly qualified workers from outside the EU.

While some question the opening or closing of borders, people are aware that there must be space for foreign excellence in Europe, just as there is for our talent abroad. Immigrants can be excellent managers.

In 2009, the “Blu card” came into being, allowing the employment of highly qualified workers from outside the EU (directive 2009/50/CE).

Italy has officially carried out the law with legislative decree no. 108 from the 28 June 2012, laying down the “entrance and residence conditions for citizens of third countries that intend to take up highly qualified employment.”

The innovation revolves entirely around the possibility of entrance for foreigners outside of annual decrees on the flow of immigrants.
They therefore make up “out-of-quota” access that Italian law had previously provided to highly specialised workers in article 27, comma 1 lett.a) of the “Testo Unico” on the subject of Immigration.

Before the advent of the “Blu Card”, such a person could be called an “intracompany transferee”, that is to say the worker could only be employed if the overseas company had offices in Italy.
Now you can proceed with “direct employment” at any moment in the year, at the total discretion of the company. If other types of workers are fixed by quotas, Europe has intended to promote the message that there is always space for foreign managers and qualified personnel.

Sooner or later we will have refugee managers as well.

In June of this year (2016), the “Blue Card” was the subject of discussions in the European Parliament. Members discussed whether it might be made more readily available and also extended to refugees. The possibility of the latter had not yet been contemplated.

Also in June, the Confindustria and Ministry of the Interior, department of Civil Liberties and Immigration, signed a Framework Agreement on refugees. Bypassing the stalemate on the subject, the agreement provides for all those who have already obtained the status of international refugees, and reside in central SPRAR (sistema di protezione per richiedenti asilo e rifugiati – Protection system for asylum seekers and refugees) to benefit from educational internships in companies, an important step towards definitive integration in a context where they will be hosted.
A technical committee will locate both the places and people.

When the worker is highly qualified

To be considered “highly qualified” the worker must be in possession of specific qualifications, starting with the attainment of a valid educational qualification of at least three years, to be translated and authenticated, or annotated.

Among the documents, exams sat are indicated, the evaluation (to be effected at diplomatic headquarters in Italy), the work proposal that provides for at least a one-year contract for professional levels 1, 2 and 3.
The remuneration must not be less than €26,000.00, since it has to be three times higher than the minimum level useful for exemption as regards healthcare expenditure.

How the employment request is presented.

The site of the Ministry of the Interior makes the necessary forms available to all parties, even if, in such situations, it is better to trust the assistance of a “highly qualified” lawyer, like the ones at Boccadutri International Law Firm, to prevent the request from being inaccurate or full of gaps.

Every prefecture has its own immigration counter that takes charge of the request, summons representatives from the company and grants the housing agreement without impediment.

Boccadutri International Law Firm offers consultation and support to companies and workers. Do not hesitate to contact us by filling in the online application form here .