How compensation for road-traffic accidents has changed 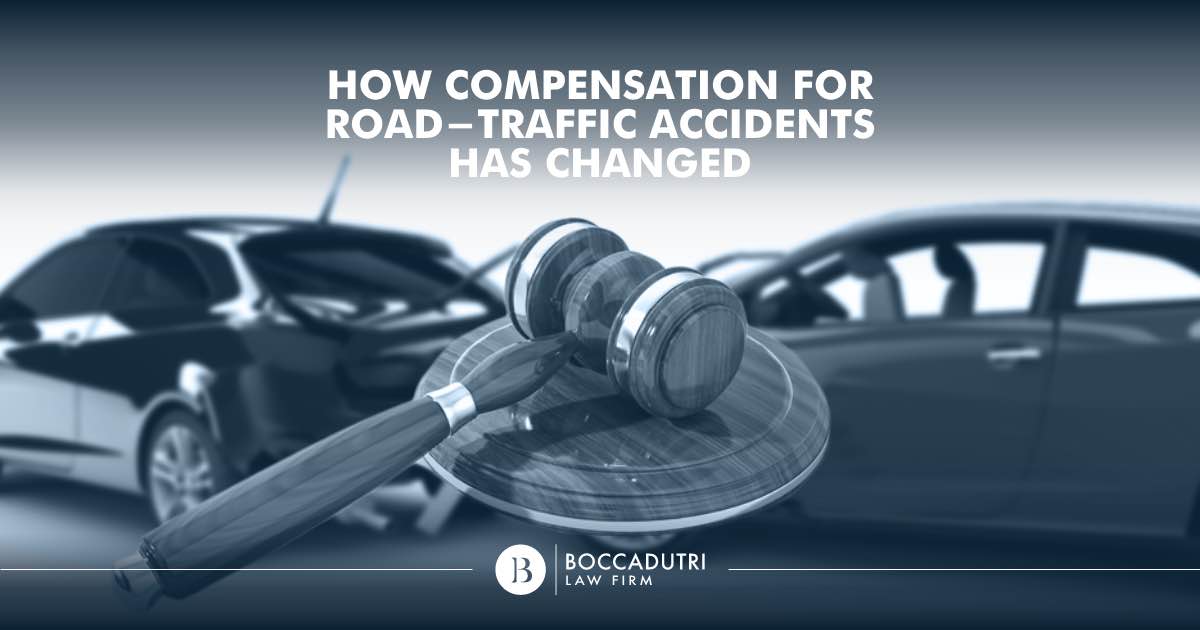 From the end of August 2017, when law no. 124/2017 came into effect, the procedure for obtaining compensation after a road traffic accident changed.

The law for competition regulation, which came Into effect on the 29 August 2017, changes the rules for “car accident compensation” as well as those regarding car Insurance.

The witness – the one present at the accident – has always played a critical role In the reconstruction of the events of an accident. Unfortunately, a witness statement can very easily be falsified.

In the worst cases, there are even some who have turned “witness of car accidents” Into a full-time job.

False testimony is a very common crime. With this In mind, the legislature has tried to crack down on It by making sure that these phantom witnesses cannot just appear as If from nowhere just at the right time.

As far as the new regulations are concerned, In case of road traffic accidents that result In damages to objects and not people, the name of the witness must be specified In the same Insurance deed as the charge, within sixty days of the accident.

Once these terms have expired, no further testimonies can be given In civil court.

In exceptional cases, an extension to the sixty days may be granted If It was particularly difficult to Identify a witness, but In this case, It would be up to the judge to decide whether to accept the testimony or not.

The authorities In charge of the authentication of the accident – law enforcement authorities – are excluded from the regulations that limit the amount of time allowed for the presentation of the witnesses.

Every person called to give testimony will be able to participate as a witness a maximum of three times In five years. Once such a limit has been reached, they can be charged for false testimony. The civil registry for accidents will support the judge in verifying the reliability of witnesses.

The new regulations rely a great deal upon the use of the black box to ascertain the events of accidents.

The black box, an electronic device equipped with a GPS detector, can register useful data regarding a driver’s behaviour. All It takes Is for one of the vehicles Involved to present It and the accident can be reconstructed, attributing responsibility to the right people and reducing the need for further “human” testimonies.

Everyone covered by Insurance will not only be able to have free access to the black box through their own Insurance company, but they will also have the right to a discount on the Insurance Itself.

The results of the analyses of the black box would have the same validity as a police report. Only in exceptional cases could an appeal be made against the use of the black box if it were shown to be faulty or to have been tampered with.

In the case of interference with the black box by someone with Insurance cover, then this person would at best lose the discount and would have to return the total amount saved thanks to the black box. At worst, they would be charged for fraud.

The battle against scammers begins with the checks that Insurance can and ought to make when a compensation request Is brought to them.

The database of claims, which has evolved into an “Ivass integrated database”, allows you to ascertain with relative ease the people with whom you are dealing or if the case has already been settled.

If there are at least two “proofs of statistical significance”, the Insurance company can reject the compensation request and make no offers.

Those with insurance cover

Someone with insurance cover who Is not given an offer of compensation can bring a case against the Insurance company after receiving the reasons for the rejection or once sixty days have passed since the completion of the procedure.

Each year, these charts will be updated by ISTAT.
It Is at the discretion of the judge to raise compensation by 30% In cases of grievous bodily harm and by 20% In case of bodily harm.

Physical damage will be recognised if there are visible signs of it, or only after reliable medical examinations.

For those who have suffered damages to their own vehicle following an accident, law 124 means that their vehicle is repaired straight away for no fee, simply by assigning credit to the mechanic.

It will be up to the mechanic to issue a bill to the insurance company to certify that they have seen to repairs and can receive due compensation.

An Initial quote would not be enough to obtain the due compensation for the work carried out.

If you have been involved in an accident and are unsure what steps to take to secure the right compensation, do not hesitate to contact our expert lawyers here.