For this judge, children do not only belong to the mother 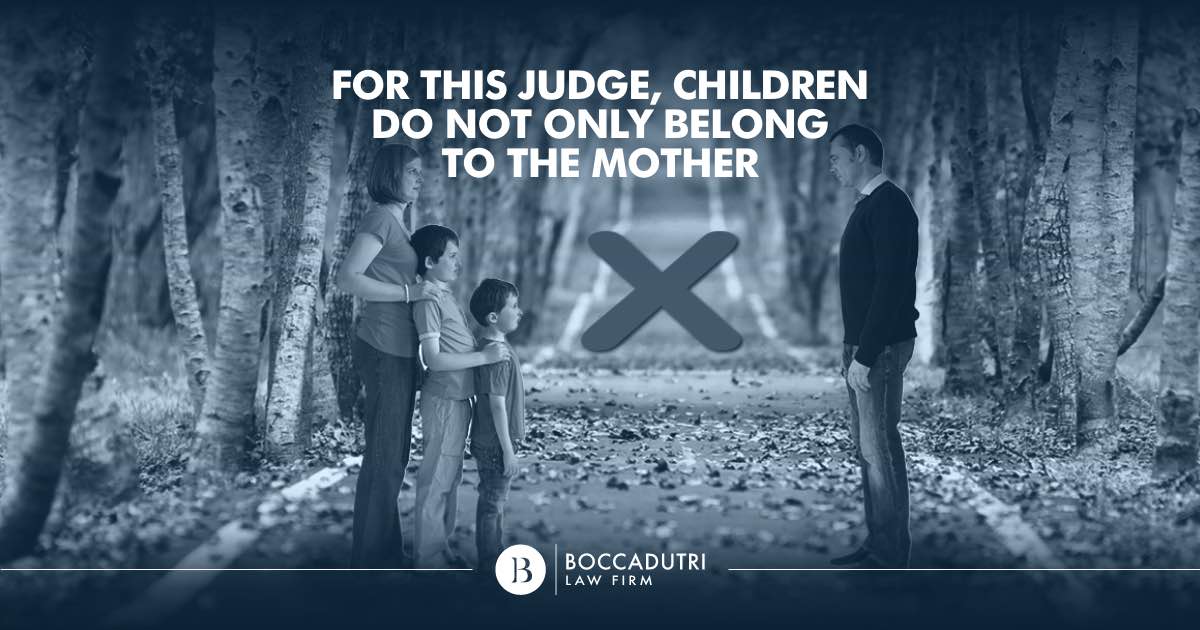 Giving custody of children to the father is possible, according to this judge.

Giving children’s custody to the father.

A judge has spoken out against the normal procedure of giving custody of children to mothers, hoping that from now on, fathers might be more responsible and mothers less possessive.

This matter is already getting people talking. In Catania, a judge clearly ruled in favour of the father in a dispute over custody, demonising the maternal figure as a sort of “owner” of the children, while she tried to majorly implicate the paternal figure, often cast into the shadows and “disengaged”.

The male parent does not come out unscathed from criticism in the verdict, because basically it is convenient to be exempt from such responsibility.

There are a lot of obligations and very little honour for the woman from the former relationship, which ended in a court of law. She can still see her child, but must pay for their support.

It ought to be mentioned that both parents were subject to medico-legal-aptitude tests and that the judge spoke out only after finding out the results of this test. The baby will live at the father’s house and the mother, even if she has been proved to be capable of coping with its upbringing, will have to provide €500 per month to her ex-spouse to contribute to child support.

A judge going against the grain

Giving the custody of children to the father is a concrete possibility. The judge Felice Lima hoped that his ruling would not be an exception because so-called “disengaged fathers” and “possessive mothers” have a negative impact upon children in equal measure.

He has been able to make his own choice about the suitability of the parent, basing his decision not on gender or custom. Statistics say that in Italy only 5 per cent of children in joint custody live in the home of their father, who may also be a trustworthy parent.

In 2006 the law established for parents that have separated the principle of Co-parenting, meaning the shared exercise of parental responsibility.

Shared custody means that, before the law, each parent should have the same status.

Then, there have been rulings that, in the majority of cases have gone against this principle, renewing the practice of placing the child in the home of just one parent as their main residence.

Consequently, that soul parent is assigned the family home and that soul parent receives an allowance for the support of the children. That parent often ends up being the mother, with a few exceptions coming normally due to obvious incapacity to provide for children. Even the Supreme Court of Appeal has had few doubts, believing the mother to be the parent that is the most balanced and able to mediate with the other. This is often the case, even if the child’s custody going to the father were a better solution.

As judge Lima has pointed out, it is often custom and not the law that decides that the mother should continue to live with the child in the same house, even if it belongs to the husband. The doubt that arises is: if parents have equal rights and duties, and if the evaluation maintains that they are both suitable, why favour one and not the other?

A difficult verdict for future judges.