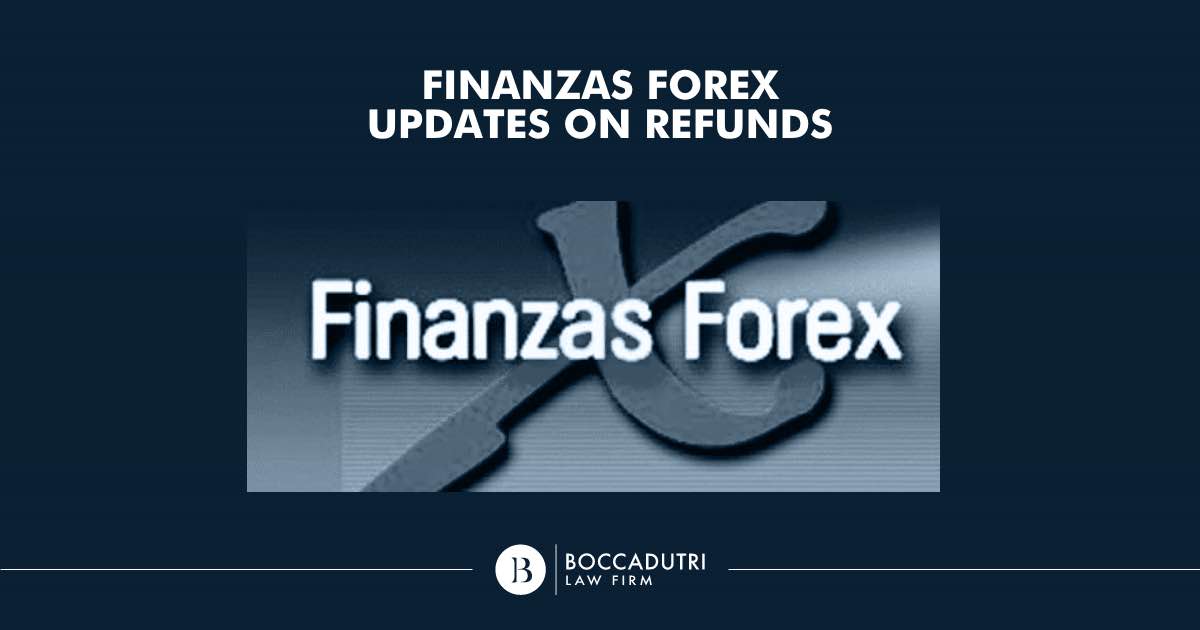 Payment of sums owed to clients scammed by Evolution Market Group proceeds by the liquidator of Finanzas Forex, a company owned by the group.

U.S. federal authorities had seized, in 2015, illicit proceeds of about $40 million in bank funds and $138 million in gold and silver.

At that time, those who had been defrauded were asked to claim the invested amounts by submitting proof of the payments to the Remission Administrator (named after the restitution process).

If you have applied, it is possible that your name may be among those eligible for reimbursement by Finanzas Forex liquidators.

Continuous communication with representatives of the liquidator enabled us to obtain a refund for several of our clients as soon as it was their turn to receive the money they were entitled to. The disbursement was not constant, as there were numerous files to be verified.

Probably several people may have already received their money but could not be traced because over the years they may have changed their reported bank accounts, residences, or perhaps telephone or e-mail contact information.

The interference of an experienced Forex litigation attorney can be crucial, as liquidators are not in a position to reach everyone to communicate that the examination of the papers was successful, and that they are among those entitled to a refund of what was expropriated by Finanzas Forex.

It is never too late to recover your money if you have claimed it at the appropriate time.

The history of Finanzas Forex teaches us that reporting is not only important, it is prerequisite.

The History of Finanzas Forex

It pledged secure investments with great returns, but investigations by law enforcement authorities showed that the company based its profits on a Ponzi scheme, using money from new investors to pay off old ones.

In practice, it was just a passing of money, most of which ended up in the hands of the fraudsters, and no investments were actually made.

In 2009, the company was shut down by Panamanian authorities.

Investigations revealed that before the deception was discovered, its founders had managed to fraud thousands of investors.

Between 2011 and 2012, U.S. authorities charged EMG executives with fraud and illegally raising more than $500 million worldwide.

The U.S. District Court of Florida confiscated assets from the Evolution Market Group company for its involvement in the fraud and subsequently embarked on a process called “Remission,” aimed at returning money to victims of the scam.

Remission is the process by which forfeited assets are returned to the victims of the crime underlying the forfeiture.

Who Have The Chance to Recover Their Money ?

Those who have applied by July 14, 2016 with the U.S. authorities, or with an intermediary, are the only ones who have a chance to recover the sums invested in Finanzas Forex, owned by the company Evolurion Market Group.

Those eligible for the Remission process were, and still are, those who managed to document their investments. The amount of the refund was calculated based on the evidence presented. Those who kept, and produced, all documents were able to regain the full amount invested.

The Boccadutri International Law Firm, that has represented hundreds of victims, and has already ensured the recovery of the fund to many of them, acknowledges that this long-running affair is coming to an end.

The settlement, which affected people from sixty different countries, has occurred extensively over the years, although there are still many waiting their turn.

If you have not filed a claim, but you are not on any distribution list of recovered funds, technically, you would still be eligible for remission.

In case you have filed for reimbursement within the due time, with the U.S. Department of Justice itself, or otherwise through any other intermediary, made available at that time, and you have not yet received your money back, you can turn for information to our Forex Litigation Department.

In addition to the contacts on the Boccadutri.com website, the e-mail address [email protected] remains available to you.