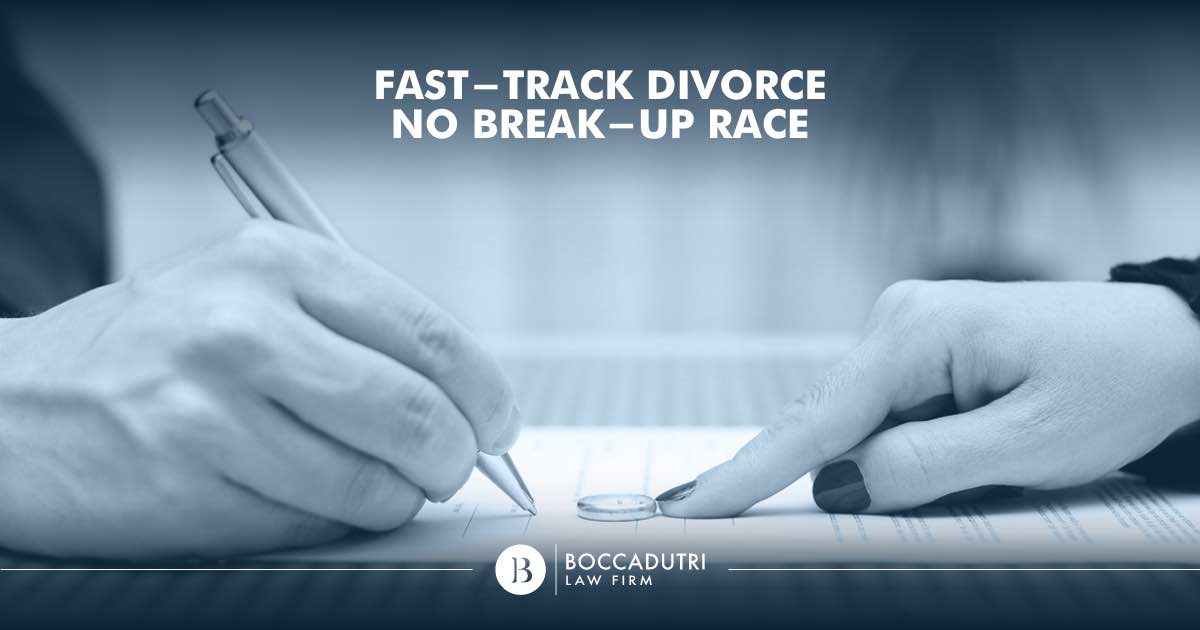 It’s impossible to draw up balances about the fast-track divorce since such a new reform is too close in time to the Law 162/2014 regarding the assisted negotiation. Nevertheless, after a year one thing is clear: the law has been greatly appreciated by the over 60s.

Divorce becomes faster, however, applications for divorce have progressively declined from the peak reached in the first months. It is quite impossible to give detailed figures, both because the data released by divorce lawyers after the first year (+30%) differ from those issued by the Ministry of Justice, and because being a retroactive law, it has also been applied to ongoing proceedings.
However, there seems to be a connection between the introduction of the fast-track divorce and the increase in the number of divorces and separations, but not such as to justify the alarmism of those who had predicted the disintegration of families.

Choosing between a faster or an easier divorce

It should be said that before the Law 55/2015 was introduced, Italy had already implemented a legislative instrument aimed at reducing divorce times: the Decree Law no. 132 of 12 September 2014 (converted into Law 162).
The Decree introduced the possibility of using the “assisted negotiation”: in the event of a mutual consent between spouses, they can directly report to a lawyer or to the Civil Status Officer, without having to resort to the Court.
Not surprisingly, Law 162 was renamed the “Easy Divorce Law”.

What does emerge after the approval of the law on fast-track divorce is the high number of mature couples who had immediately applied for it.
Thus, the new institution has not undermined the new families, but rather has given the final blow to the oldest ones. Several cases of over 60s – but also some over 80s – have been already registered. Certainly, starting something from which you can see the end would have helped in their choice.

The secret to getting a quick divorce

The decree on the fast-track divorce, entered into force on 26 May 2015, has the great advantage of getting separation after only six months if both spouses decide by mutual consent or after twelve months if there is no agreement between spouses who decide to resort to the Court.
Thus, the dissolution or termination of the civil effects of marriage can be obtained within a few months or a year.
Those couples who started the divorce proceeding in 2011 had the opportunity of abandoning the old legislative process and resort to the new one.
Those spouses who were already separated by mutual consent for two years were enabled to divorce immediately.

Based on the new legal provisions, community of property dissolves once the Court decides that spouses can live separately or upon signature of a consensual separation.
The Registrar shall communicate the ordinance (authorising the parties to conduct unrelated lives) to the Civil Status Officer so to approve the dissolution of community of property.

This represents a major step forward, as in the past the community of property could dissolve only after the judgment of separation. Today fewer people are getting married. It is also true that before divorcing one should get married.

In Italy, since the recognition of comparable rights for married and unmarried couples, marriage rates have been falling. According to Censis estimates the year 2031 will be the Year Zero for weddings, at least for those to be celebrated in the Church.
If you are considering separation or divorce, our experienced lawyers can assist you by giving advice and clear away any doubts.
To contact our lawyers you can use our online form.