Electronic visa and passports for European tourists in the UK 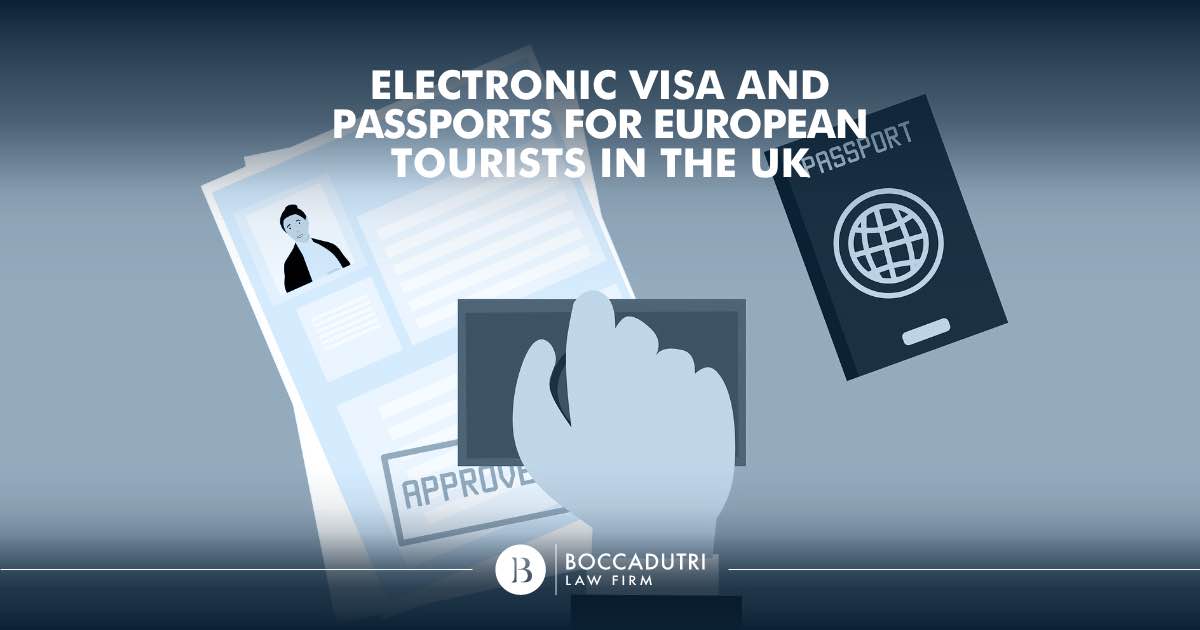 With the recent December vote reaffirming the United Kingdom’s intention to leave the EU, the decision made on June 23, 2016 in the Brexit referendum is materializing day by day. The landslide vote won by Boris Johnson’s conservative party utilized a program clearly projected towards an American model.

In an atmosphere of uncertainty and fear, the alternation of governments and intentions and the approaching end of Brexit, the prospect of having to renounce rights once enjoyed by EU-nationals in Britain is becoming much more real. In response to this, Prime Minister Boris Johnson has announced the introduction of an electronic visa procedure.

Strict screening will be done for entering tourists, which will include denying discretionary entry to those who have a criminal record, and possibly sending the tourist back based on the type of sentence they served.

The maximum time permitted for stay in the UK will be three months, extendable only if a visa is obtained. An “In & Out” counting system will be utilized, which will be based on the control of inputs and outputs to verify that no European remains in Britain beyond the permitted time.

January 1st, 2021 could fully realize the estrangement of Great Britain from Europe, when it will begin to treat Europeans as “strangers”. Whatever the model to which Johnson is inspired, whether it be Australian or American, he has succeeded in winning the polls and only awaits on the final Brexit agreement.

European standards remain in use throughout the United Kingdom officially until midnight on the 31st of December 2020. This marks the moment when the country will definitively be out of Europe, even if the date for the final break will be that of January 2021, which officially marks the end of the transition period. It will only be then understood the impact and mode in which the country exits.

Settlement scheme to stay in the UK

European citizens residing in the United Kingdom should register for the Settlement Scheme program to obtain temporary (or permanent) residency.

Those who already live in the UK or who intend to move there by 2020 should be protected thanks to the practical app dedicated to pre-settled status, which can be used at no cost and may soon be available for iPhone users.

Residents, who have been residing in the UK for at least five years, can obtain settled status. The country is not expected to veto the entry of graduates and skilled workers, while there is expected to be stricter conditions for everyone else.

Qualified/specialized workers will be privileged, for it is much more unlikely for them to be denied long-term visas (preparatory to obtaining the residence), while for those who aspire to make their way in life starting from jobs for which a particular degree is not required, it is advisable to utilize the three month tourist visa to secure employment with a contract, then apply to stay.

Electronic visas and passports mandatory for European tourists in the UK

Someone said that “the English welcome you, but they make you feel like a guest”. Perhaps never truer than after Brexit, as Europeans will be subjected to controls that were once unthinkable to enter a country of a “former European cousin”.

Likely from January 31st, 2020, (given that Boris Johnson has indicated as such), entry into the country will be possible only upon request of an electronic visa and upon the presentation of a biometric passport.

The electronic visa will be based on the American model of ESTA (Electronic System for Travel Authorization). Anyone wishing to travel to the UK must apply online, at least three days before departure.

The new situation could greatly affect not only those who travel for business, but also European tourists who will no longer enjoy freedom of movement enjoyed throughout the rest of the European Union, given that identity cards will no longer be enough to enter and travel around the country; a passport will be required.

If you have any doubts and would like to consult one of our immigration lawyers, do not hesitate to contact us here.