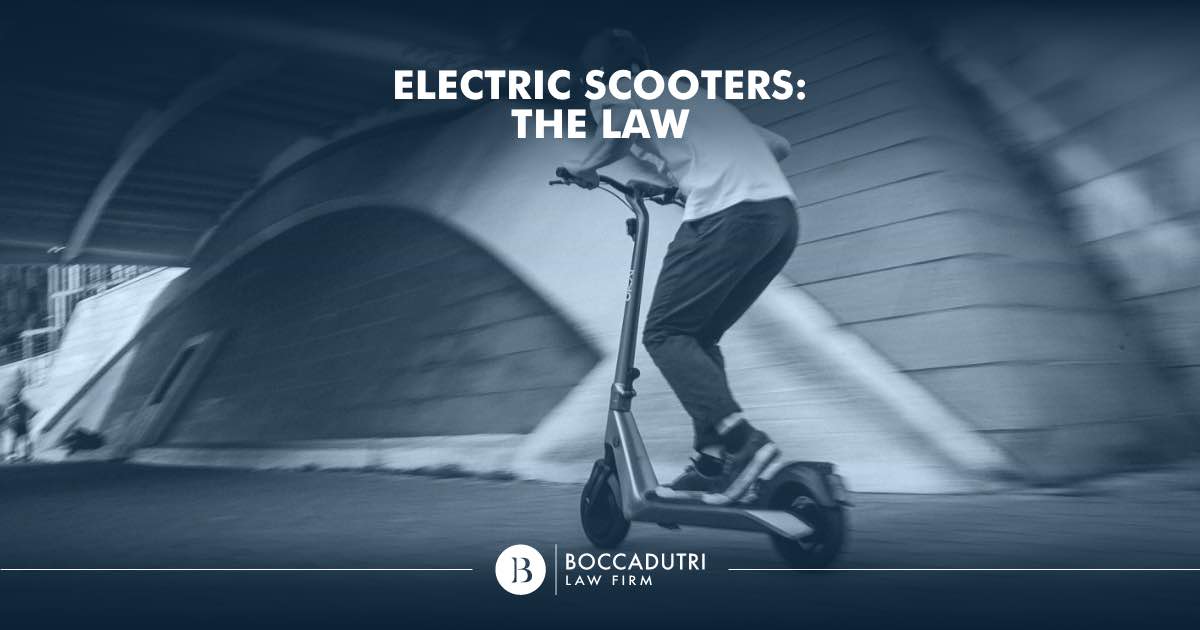 The new law regarding the use of electric scooters has been in force since February, a period in which Italian cities were beginning to fall under lockdown measures due to the Covid-19 pandemic.

At the end of the lockdown, Italian cities were bustling with people, motor vehicles, but also eco friendly vehicles such as the scooter, in much higher numbers than in the months pre-lockdown.

The eco-friendly impulse was certainly encouraged by the announcement of the Ministry of the Environment, which offered a voucher to cover the costs of purchasing bicycles, scooters and similar vehicles, equal to 60 percent of the cost (up to a maximum of €500).

In the meantime, a law entered into force that regulated the use of scooters (but also segways, hoverboards, monowheels and all personal electric mobility devices), officially equating them to bicycles.

Few and clear rules did not deter buyers, with the number of scooters on the streets becoming as common a sight as cars. But with this boom also came a surge in road accidents involving them.

The law on the circulation of electric scooters

On February 20th, 2020, the Milleproroghe decree was approved, which governs the use of electric scooters and similar vehicles.

Regardless of the pandemic, regulating the circulation of electric scooters was necessary, given the growing success of micro-mobility: traveling short distances or crossing urban centers in a short time has become a necessity, especially for workers in large urban centers.

Law no. 8 of February 28th, 2020, equated electric scooters (along with similar vehicles) to bicycles, so they can be used in the inner-city without the risk of incurring penalties.

Motorways are excluded from this, although it is possible to go outside of urban areas, wherever there is a cycling path.

Given that the status of these devices are now equated to bicycles, it should be noted that, with reference to the rules of the Highway Code, in particular, the rule which defines the “Characteristics of signaling and braking devices of animal-drawn vehicles, sledges and cycles” and art. 182, which defines the rules on the correct circulation of these vehicles, in particular not to proceed side by side (with rare exceptions).

What is important to know about scooters

The fact that the law does not impose the obligation of insurance does not exclude the possibility of taking out a policy to protect oneself, while currently there are some scooters on the market that have insurance included in the sale price.

Having now full authorization to circulate on the street, it is always good not to lose your temper if involved in an accident and to know what to do in the event of a road accident in Italy.

Scooters are vehicles and therefore, as drivers, they must obey the rules of the road as if driving a car. If the driver is involved in an accident, the situation changes according to the type of claim:

Accidents between scooter and pedestrian

The responsibility for the accident should, in principle, be charged to the driver of the scooter, who, if found guilty, will is responsible for paying damages to the pedestrian.

The exception exists only by the conduct of the pedestrian, if it was clear that the cause of the accident was due to them.

Accidents between a scooter and car

As an inexperienced user, the scooter driver is protected by the highway code, in that the greater responsibility would normally be attributed to the driver of a motor vehicle.

Accidents caused by damage to the road surface

In such instances where an accident is caused by neglect of roadways, the fault must be attributed to the owner of the road. However, anyone who is a victim of the accident will have to demonstrate that the accident was caused directly by the road conditions, to be entitled to compensation.
Regarding the right to compensation, the rules are the same as if the compensation were for car accident damages (see also “Road Accident: Who Protects Passengers?”)

To learn more about the rights and responsibilities of the scooter owner, please see also our article: “Road Accident: Who Protects Passengers?”.

For information and legal advice, feel free to contact the lawyers of the Personal Injury Department of the Boccadutri International Law Firm here.