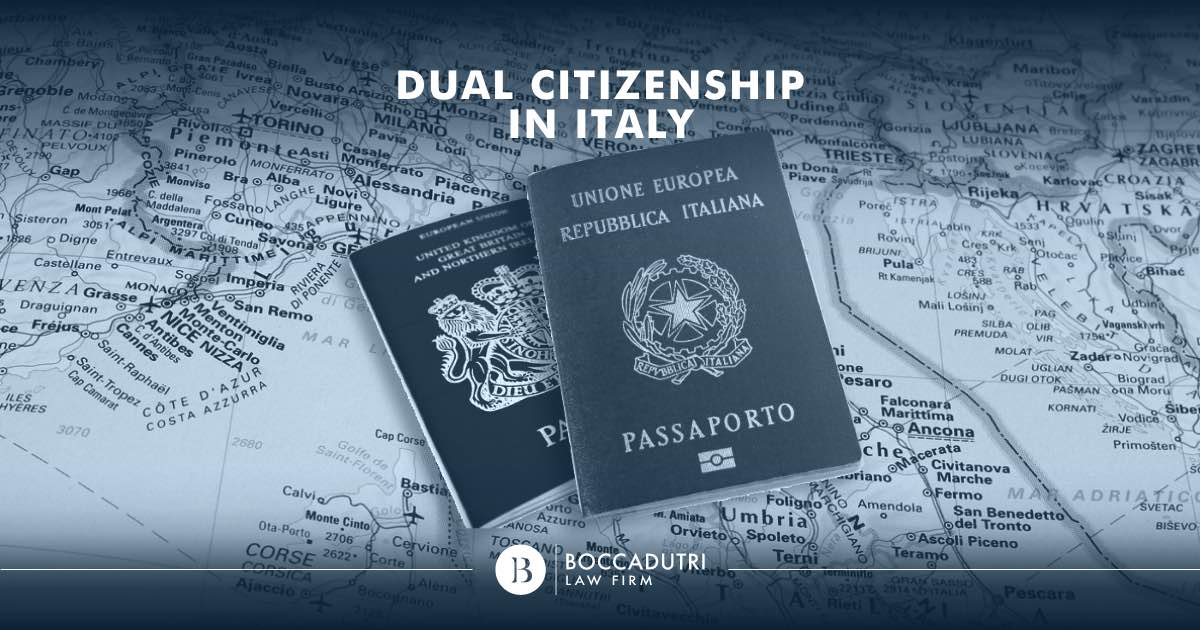 Ask a question about Immigration Law

Dual citizenship is a fantastic opportunity for anyone; for those who wish to travel, study, or work abroad – there are endless benefits of being a citizen of more than one nation.
Italian citizens who have also become citizens of foreign countries can only lose their Italian citizenship by formal renunciation. But with the majority of states permitting (or, even encouraging) dual citizenship, many people are taking advantage of the benefits of being a citizen of multiple states.

Multiple citizenship comes with many rights and obligations, including the right to a passport, free entry into the country, residency, work permissions, political applications, and voting rights.

However, depending on in which country you hold citizenship, there are some exceptions. Some countries, while recognizing dual citizenship, require that every citizen observe and exercise certain rights, such as electoral obligations (compulsory voting).

Dual citizenship in Italy and Europe

States that do not allow dual citizenship

Several countries prohibit the possession of dual or multiple citizenships, thus it is important to be informed of both the laws of your country of origin and the country in which you are seeking to obtain a second citizenship.

Not always. It is common practice for taxes to be paid in the country in which taxable income has been generated according to the general principle of ‘Residency Based Taxation’.

There are exceptions to this, however, including the United States, which taxes the worldwide income of all its citizens regardless of where they are a resident.

How to apply for dual citizenship

Regarding how to obtain Italian citizenship, our Immigration department is available for clarification on any of the points listed above, and are able to guide you comprehensively through any situation you encounter.

Dual citizenship was embraced by Italy through amendments to several laws during the 20th century to encourage the integration of foreigners and to allow Italians abroad to integrate in turn, without formally renounces ties to their country of origin.

Both Britain and Italy allow dual citizenship, which has created opportunities for British citizens with Italian roots to maintain their European status after Brexit. Many British citizens residing abroad have already chosen to apply for dual citizenship to avoid encountering problems when traveling from one country to another following the December 2020, the official exit date of Britain from the European Union.

The Boccadutri law firm thoroughly evaluates the individual circumstances of every single client in order to provide as many options as possible, whether it be for the process of obtaining a residency permit for a foreign national, applying for Italian citizenship via Iure Sanguinis (blood-right), or an Italian citizenship application via marriage or naturalisation.

Our position as an international law firm allows us to support our clients in their native language, so they can clearly communicate their needs and circumstance. Please do not hesitate to contact us for advice on immigration law by following the following link here.