Divorce allowance, what the Court of Appeal’s sentence 11504 means 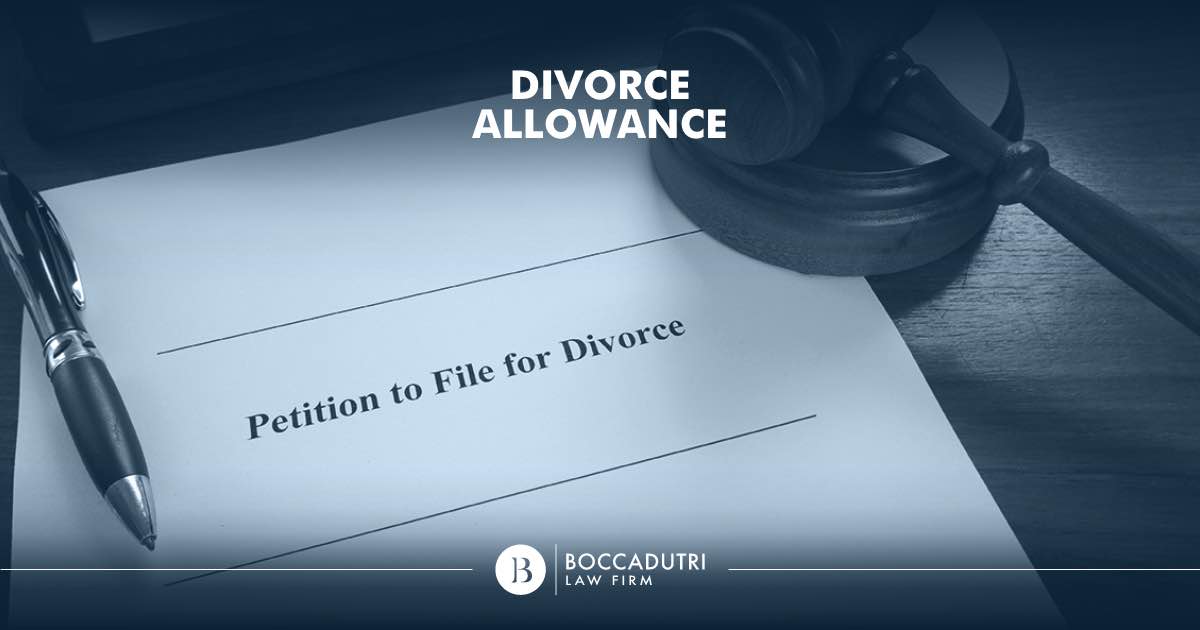 A short few months after the Court of Appeal’s sentence, the judges of various courts are aligning themselves to the idea that the divorce allowance can no longer be guaranteed to those who have ways of providing for themselves.

From what emerges from the sentences following the 10th May 2017, the date by which the Supreme Court of Appeal changes the evaluation parameters for the concession of the divorce agreement, the common line is that of limiting admission in exceptional cases.
While the protection of minors remains unchanged, their support, the right to collect a periodic amount, to provide for your own necessities, are not discounted.

Every new judgement will necessarily have to be about things subordinated to the reinterpretation of the divorce made in section 1 of the Court of Appeal.
When love fades, so the economic link between the spouses ends, as does joint responsibility and the sharing of property. The economically stronger spouse is not compelled to guarantee the other party the same standard of living as they had during the marriage that is now over.

What the Court of Appeal has reiterated is that the “Grilli sentence”, after the name of the ex-politician at the centre of the case that arose in the new information on divorce, must be “applied automatically to all divorce cases.”

The sentence is not retroactive, does not delete what has already been deposited in the past, but being possible at any moment to ask to discuss divorce allowance, can be applied whenever the opinion of a respected judge is requested.

The Court of Appeal in Rome has been forced to review the case of a retired Roman official, who had made recourse against the obligation to pay the ex-spouse a hundred euros a month, given that she in the meantime had begun to collect a pension of more than a thousand euros.

Moreover, there had also been the woman’s refusal to deposit the same bank statements.

In Salerno, the Court of Appeal denied the divorce allowance to a 38-year old woman, who, despite being unemployed, could very well, according to the judge’s opinion, provide for herself by looking for work.
The judge in the emission of the sentence cited the new orientations of the Supreme Court, by re-affirming that the property relationship between the ex-spouses stops once divorce is obtained.

A case causes discussion; woman had to leave work because it had been made impossible to work as a beautician with the profession of “mother of two children” as well.

The maintenance allowance is not covered by the sentence of civil section one of the Court of Appeal.
Such an amount is deposited by a spouse to the other in the period that follows separation and precedes the divorce, that is to say when a link still exists between spouses.
During the separation, the obligations of living together and fidelity end, but not mutual support.

Recognition of the divorce allowance is conceived after the definitive breakup statement of the marriage.

After the announcement of the divorce agreement every type of allowance can be reviewed, modified or cancelled, based on changes “during work”.
You can ask for the revision of positions concerning the amount and process of the contributed in favour of the spouse only if justified motivations exist.
You need to be able to attach documentation appropriate for demonstrating that the economic conditions of the ex-spouse have changed (for the better).

In case of review, the ex-spouse’s current situation is evaluated, not their situation at the moment of the granting of the allowance. The spouse that spends the divorce allowance will never be able to ask for the restoration of what was spent even if the successive sentence were to be favourable to them.

If the allowance had been conceived because the applicant “needed” it to maintain the living standards that the marriage allowed, and those same economic resources were instead sufficient to guarantee economic independence, the court could only express itself in favour of the other spouse, based on the 11504/17 sentence and to ease the supply of the divorce allowance.

There is also the case in which no divorce allowance was conceived but new facts are succeeded, like the easing of an independence that there was before.
It will in this case be up to the Court, given the renovation in progress, evaluating if ever it was possible to weigh on a person that should no longer be a part of the life on the applicant, the costs of maintenance.

To obtain the divorce allowance the discriminating factor should be the proof of not having the possibility of economically providing for themself, for reasons that are different from their own want. Any request that you may have on the proof, or if you are involved first hand in a divorce, our legal experts in Family and Divorce Law will be available to you for clarification and advice.

To contact a lawyer from our law firm, request a legal consultation here.