Cyber bullying: is there a law or not? 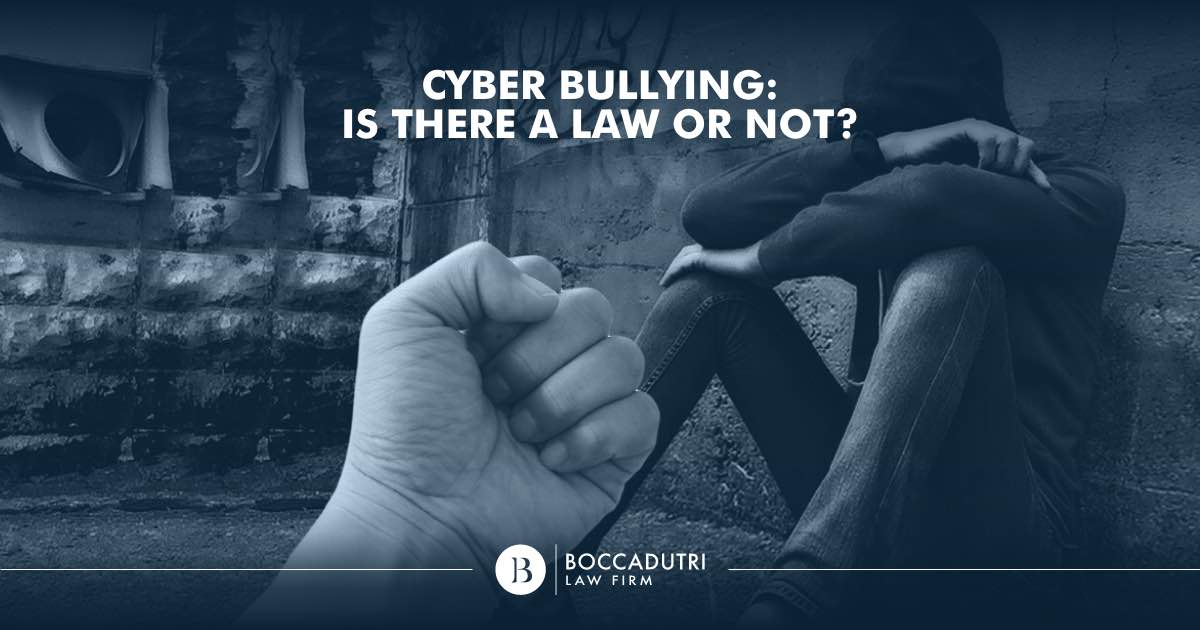 The law for cyber bullying is expected to overcome its last passage in the Senate.
It is a shame that the changes made in the Chamber of Deputies distort the meaning, widening the subject so that it becomes possible to prosecute simple satire.
Petitions are at the ready, online ones of course, to stop it.

The plan for the ruling on cyber bullying is completing its passage into law after the approval of the Chamber of Deputies, on the 21 September.

That it would pass was not entirely obvious, given that the joint Commissions of Justice and Social Affairs had set out by means of amendments, a series of important variations, primary among them, the inclusion of adults.

The main detractors maintain that in its new form the law has been misrepresented and that a tool designed exclusively to protect minors, has been transformed into a liberticidal weapon that punishes satire in the same way as stalking.

In order for the law to be up to date, a law on cyber bullying was missing. The principal emergency for which it was conceived was that of protecting minors from the Internet and from its numerous dangers.

Once the areas of jurisdiction were broadened, this initial sense of protection faded away.

The name of the bill is misleading because it no longer simply is about “the protection of minors for the prevention and conflict of the phenomenon of cyber bullying.”

If the regulations pass as they are, from now on, whoever provides content on the Internet could be made to toe the line (in this category only access and cache providers, and search engines are explicitly excluded).

They would be forced to operate a real and full censoring of material, whether it were obviously offensive or not.

There will be a time limit of 48 hours to fulfil the removal request, after which it will be the turn of privacy guarantors to enforce the prevention of keeping illegal content online.

The one effecting the removal request could be the same repentant author.

The sense of derision can be used artfully in order to remove offensive content. The critic risks being buried under the pretext of Cyber bullying.

The advent of the figure of the “spokesperson” in schools has been celebrated, however.

Every school must choose one so that they have a reference point for all concerns about bullying and cyber-bullying. The principal should also have major responsibilities and should summon the parties in question if they were informed of acts of bullying at school. It is then up to this person to protect victims and punish, as well as re-educate, the persecutors.

Prevention is also favoured, a path that avoids immediate recourse to criminal proceedings.

This official should be able, in the absence of the law, to confer with the one responsible for the act of bullying and with their parents, to persuade them to repent of their behaviour and not to repeat it.

Good-natured teasing and inquiries at risk

Fake profiles created to make fun of famous celebrities risk being closed for “mistaken identity”. Profile names, that are false but that clearly refer to a certain person, could disappear.

Different categories, including journalists, cartoonists and columnists, could undergo heavy limitations on their work.

Once the concept of reiteration has been discovered, behaviour considered unseemly could be enough to involve a judge.

One law for too many crimes

The problem is that there are too many crimes for just one law to deal with, from libel to violation of privacy, not to mention online stalking.

The effects of one are not comparable with the effects of the other. Cyber bullying allows, especially before action can be taken, the harasser to act anonymously or, even worse, allows lots of them to become involved.

Furthermore, the act that is perpetrated is often crueller and easily repeated.

By extending the law to adults, the idea of prevention could fade away, to be replaced by the idea of punishment.

The ideal would be to distinguish between cyber bullying, which goes on between minors, and cyber-harassment, which involves adults.

The plan of the politician Elena Ferrara, the first signatory of the bill, was that institutions, digital and third sector companies should take on the responsibility of educating children, from their early childhood, with respect for others, with awareness of what abusing communications technology could mean.

The bill now has to return to the Senate for the final reading. Only then can it see the light of day. On the net, the “petition against digital censoring” has already begun, gathering signatures to stop it.

What to do before the law is finalised.

In the Italian legal system, specific regulations on the subject of bullying and cyber-bullying were lacking.

Until now, this regulatory gap was bridged using already-existing rules and was also based on the choice, case by case, of lawyers. One inopportune choice of proceedings led to unsuccessful protection of victims.

Law no 93/2013 contains two specific articles concerning the use of information or data transmission that refer to cyber-bullying and information technology fraud committed with the substitution of a digital identity.

The first arrangement is that the penalty for stalking is to be increased by a third in cases in which the crime was committed “by means of electronic communication”.

In 2014, the “Auto-regulatory code for prevention of, and disputes in Cyber bullying” was introduced, but this, together with the auto-regulation of major social networks, until now has not helped limit the phenomenon.

The expert lawyers at Boccadutri International Law Firm, in anticipation of the ratification of this law, will be able to guide you to the right path, thanks to their experience in the subject.

Through appeals to the privacy commission, for civil, administrative and criminal procedures, you will find among them serious professionals who are alert to your needs.

If you are involved in an unpleasant situation linked to the circulation of material on the Internet, or if you need help from a lawyer to defend yourself against persecution, do not hesitate to contact our lawyers who will be able to elucidate current legislation for you.

Please fill out the online request form here or send us an email at [email protected].