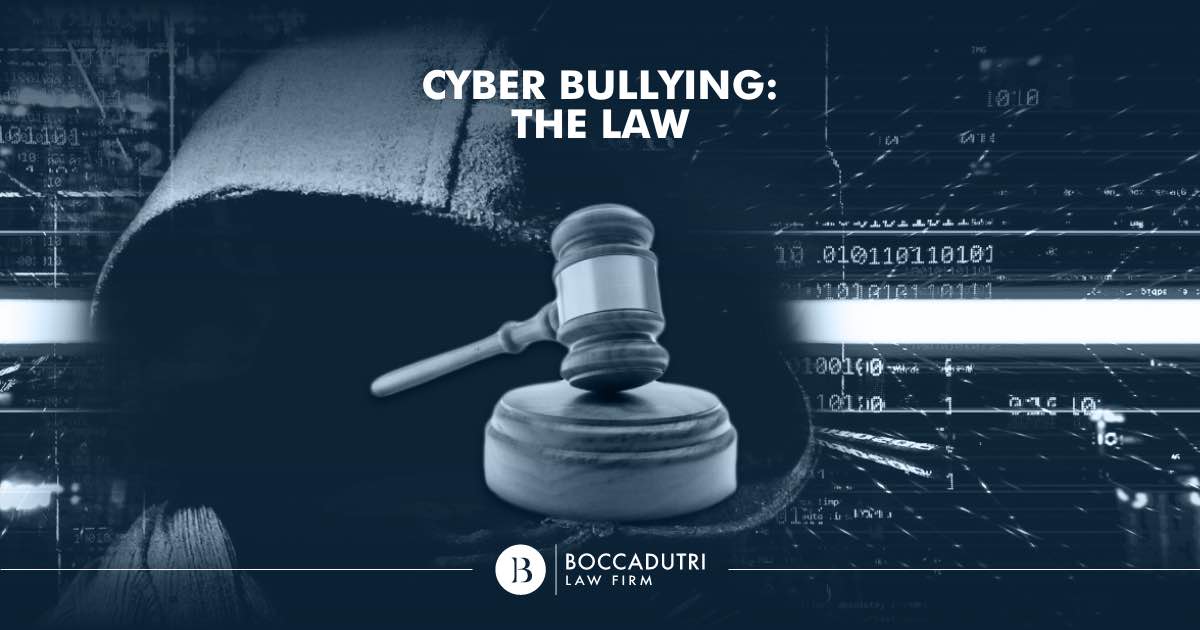 After tortuous proceedings, given the complexity and delicacy of the subject, a law on cyber bullying has been approved.

On the 17th May 2017 the proposed law no. 3139-B containing “regulations for the safeguarding of minors and the prevention and tackling of cyber bullying” had the definitive green light from the Italian Lower Chamber, after the final modifications were made for the 31st January 2017.

The “keyboard warriors”, those who have the courage to attack someone, concealed by the anonymity provided by an Internet connection, should be aware that their victims will be given the chance to defend themselves.

Informing in order to help

The definition of cyber bullying

The law sets out the boundaries of the term “cyber bullying” for the first time, defining it as “all forms of aggression” – and then a series of specifications regarding it – “carried out online to cause harm to minors.”

Cyber bullying is also “the distribution of online content” the sole intention of which is to ridicule the minor in order to isolate them.

Victims may be able to defend themselves on their own

Fourteen-year-olds may ask personally those who run websites of social networks to demand the removal of content that is to do with them.

Within 48 hours, the incriminating content must be taken down, once this time has passed you may appeal to the regulator for the protection of personal data, who should take action within 48 hours.

All parents, or whoever is responsible for the child, also have the chance to demand the removal of offensive content.

The roles and duties of schools

The best place for prevention must be in schools, which should carry out preventative and educational measures for children, from a very early age.

School staff will no longer be able to ignore the phenomenon because thanks to specific training, which means they will have the means to immediately recognise the “symptoms” of it.

The same proposal applies to students. Cyber bullies, however, will be able to count on a series of support and re-education measures. For them, as minors, it will not involve punishment so much as rehabilitation.

Every school structure should entrust to one of its teachers initiatives against cyber bullying.

Its presence will support minors and their families, with police forces and with “youth group” centres present in the area.

At school you should have to learn and use the Internet in an educated and informed way, so that the future “digital citizens” have the means to navigate it safely.

The process of admonition, extended to the issue of cyber bullying, deals with in the law on stalking (art. 612-bis c.p.).

In obvious cases of cyber bullying which were not filed as charges, you can turn to the police commissioner, before which the minor involved in the illicit activity will have to present themselves, together with at least one parent or guardian, who will be warned before they incur more serious consequences.

The publication of the provision is expected in the Official Gazette.

Boccadutri International law firm has often dealt with the safeguarding of victims of cyber bullying and will be at your side in case you need legal support to stem the flow of material concerning your nearest and dearest on the Internet, or to defend them from acts committed online.

Do not hesitate to contact our lawyers for any form of assistance or information on the subject by filling in the online application form here.