Cryptocurrencies and the law 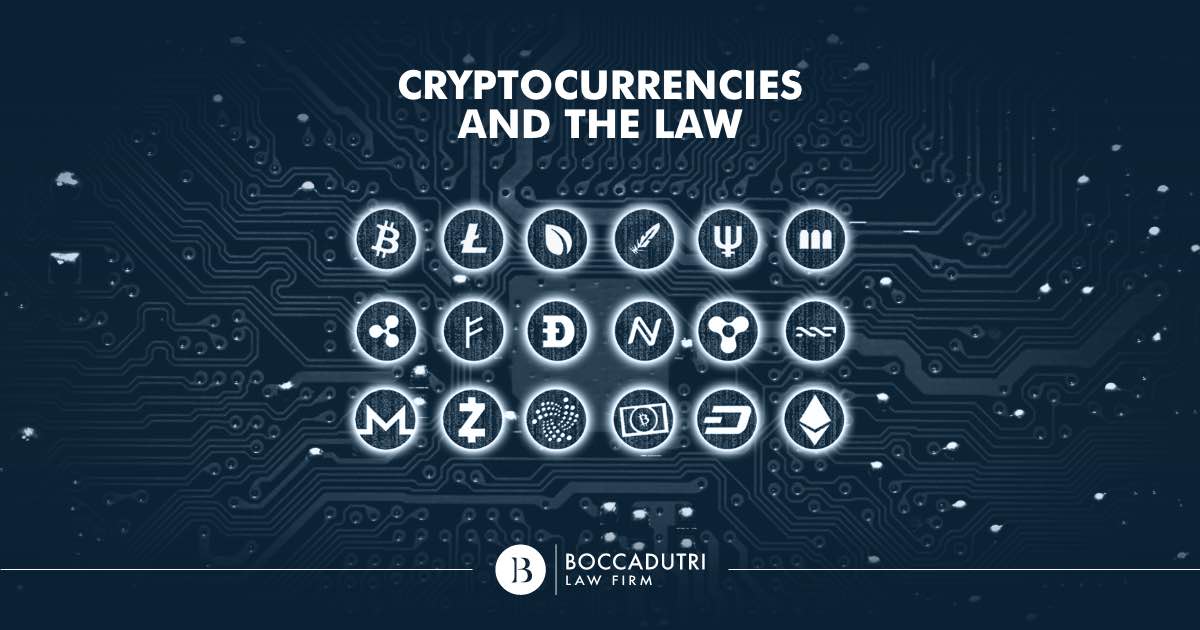 Italy was the first European country to create legislation for cryptocurrencies, through defining the virtual currency exchanger, the exchanger.

The legislative decree on the 25th March 2017, implemented the IV directive of European anti-money laundering, came into effect on the 4th July in 2017, and has introduced the concept of cryptocurrencies into our legislation, classifying in particular those who habitually use cryptocurrencies for work purposes.

The exchangers as a service, has the principal function of exchanging between “virtual currencies and traditional currencies.”
When providing this type of work they are subject to anti-money laundering laws, according to Italian law they have to obtain a license and be listed in a special register. The authorities have to be notified of their presence in the territory.
The exchanger represents the link between the traditional market and the new market of cryptocurrencies, but since it operates in the traditional financial market it is subject to its rules.

The first ruling on “cryptocurrencies”

Ruling no.195 on the 24th January, made by the Second Civil Section of the Court of Verona, was significant as cryptocurrencies were at the heart of the discussion.
The plaintiff sued an IT service company which was meant to open an account, a wallet in Bitcoin, but failed to create a wallet despite receiving the necessary money in traditional currency.
The acquisition of Bitcoins was prior to a crowd funding operation.

The judge established that an online contract between the parties implies the exchange between real money and virtual money, which represents a financial service or rather a “a paid service.”
Bitcoin is seen as a “financial instrument.”
The IT service firm having not fulfilled its obligations according to the “distance contract” (ex art. 50 of the Consumer’s Code – D.lgs. 6 September 2005, n.206) and having breached its legal obligations according to the “form and pre-contractual information” (artt. 67-duodecies ss. cod. cons.), was sentenced to return what it had received.

The sentence tell us that when one proceeds to change between traditional and virtual currencies, the client has the right to be informed in a transparent manner as to what the exchange entails, otherwise the contract is annulled.

Cryptocurrency profits are currently exempt from regulation and from taxes, therefore regulation should be based on pre-existing rules in this field, which are adapted to the case.
The Internal Revenue Service which seemingly tends to treat cryptocurrencies as if they were a foreign currency (ris. 72E/2016), and so would become the object of taxation only above a certain threshold.
In Europe however, with the consent of the BCE one considers cryptocurrencies a true means of payment (sentence “C-264/2015 CGEU”).

One can declare the capital gains attained with the cryptocurrencies via the “Unico Persone Fisiche” (tax return form), above all if one knows the bitcoins acquired are kept abroad in another country.
If there is any doubt, or if one fears that future capital gains obtained from speculation with cryptocurrencies could be taxed, it would seem fitting to turn to an expert in the sector.
For details and further explanations do not hesitate to contact our lawyers at the Corporate and Commercial Law Department at Boccadutri International Law Firm.