Copying the Vespa is forbidden; the ruling recognises its creative character and artistic value 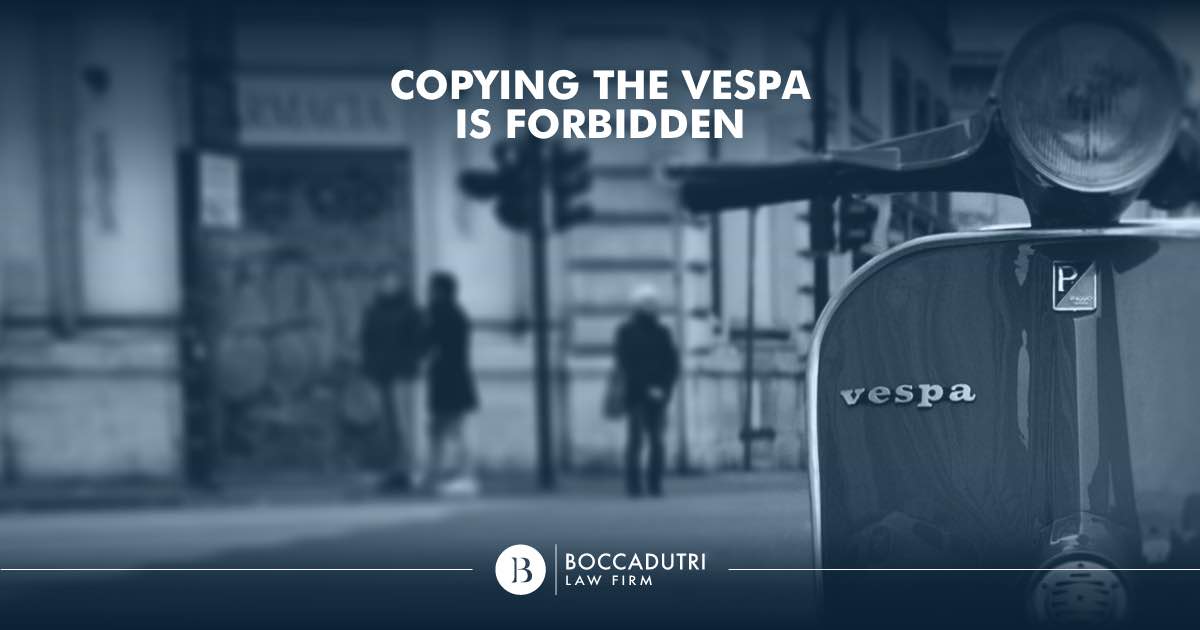 Ask a question about Intellectual Property

It is forbidden to copy the Vespa

The Vespa cannot be copied! A ruling by the court in Turin has established that this particular form of the scooter cannot be reproduced and commercialised in Italy with impunity.

The Vespa is unique and no one is authorised to reproduce its features for other products, a ruling from the Turin court has established, thereby recognising “the design that needs to be safeguarded”.

This historic ruling has declared the full, three-dimensional validity of the Vespa scooter and has recognised the creative character and artistic value of its form, which distinguishes it from other scooters, from its early production, which dated back to 1946.

Its form, in fact, as Turin’s judges have established, is a work of industrial design protected by copyright law. No “clone” can be commercialised in Italy.

Not only the current model, but all its variations and models from 1948 onwards will not be reproduced.

Piaggio Group has welcomed such a pronouncement, which “positively concludes an event that began at the Eicma di Milano show in 2013”, which saw the Financial Police confiscate 11 scooters displayed (by 7 different exhibitors), whose form was a distinct imitation of a Vespa.

The Financial Police Force proceeded with the seizure after revealing that the products violated the exclusive right of the Piaggio Group, made up of the so-called “three-dimensional brand” registered by Piaggio, which protects the distinctive Vespa form.

The seizure derived from an urgent case that was started by Piaggio towards a Chinese company, the “zheijang Zhongneng Industry Group”, which produces a model called “Ves” which mirrored the Vespa in all departments, even its name.

Later, the same Chinese company acted against Piaggio so that it could be verified that their model was not a “clone” of the Vespa, but that the Italian group, for its own part, used its right to the specific model, the Vespa LX of 2005, and also on all successive lines produced from 1948 until today.

The judges have had the last word

The civil case took place before the appropriate department. The judges arrived at the conclusion that the form of the Vespa came under the protection of paragraph 2 c. 10 of the copyright law, a regulation that protects “works of industrial design that present, in and of themselves, creative character and artistic value.”

To verify the uniqueness and unmistakeable form of the Vespa, the judges have cited cinematographic productions, publicity, awards, publications and exhibitions of the calibre of the MoMA of New York.

70 years after its birth, even though Vespa is itself so recognisable and “unmistakeable”, no court until today had ever established that it was a work protected against imitations.

The Court of Turin has therefore forbidden Chinese businesses from commercialising the “Ves” model in Italy.

The Vespa has won the battle, in Italy, which does not mean that Chinese businesses will freely be able to commercialise the clone of the Vespa in other markets.

There is still another question to be asked: will other Italian scooter constructors, “natural offspring” of the Vespa, which until now had been free to operate on the market, be able to continue to sell their products regularly?

If you have a brand to protect (also read: why it is important to register a brand) or one of your pieces of work has been taken as a target by competition, do not hesitate to contact Boccadutri International Law Firm. Our expert lawyers will provide you with consultation in industrial and intellectual property.

If you would like any information at all, please do not hesitate to fill out the online application form here.