Child support and the rights of the children of unmarried parents 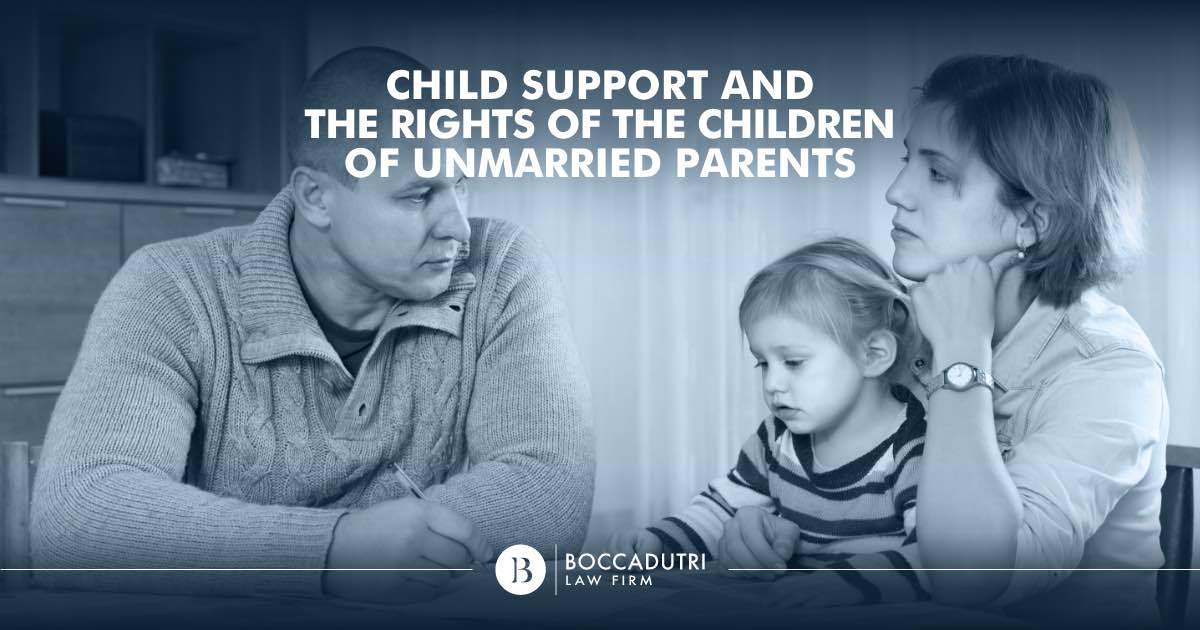 With respect to the right to child support for the children of unmarried parents, nothing changes. As a matter of fact, pursuant to Italian legislation, the children born out of wedlock are deemed equivalent to those who are born from married parents. The only difference lies in the legal process in case of separation of the parents.

Regardless of the type of relationship between the parents, the law addressing the right to child support is clear: “both parents shall provide for the support of their children, according to their income and assets”.

In case the event of difficulties, the support of the closest ascending relatives shall take over. The fact that the son or daughter has already come of age does not relieve parents from the obligation to support them if they are not able to support themselves.

In a modern society, marriage is no longer the only form of cohabitation. In fact, the number of cohabiting unmarried couples with children is consistently growing.

The Italian law has adapted to the new concept of family and, consequently, provided for the protection of children of unmarried couples.

Indeed, the 1975 reform had already – albeit gradually – started the process of letting go of family stereotypes, to get closer to a more secular perception of marriage, providing norms regulating de facto relationships that are increasingly widespread nowadays, such as domestic partnerships. Over the years, multiple judgements ruling in favor of such relationships has played a fundamental role.

Therefore, in regard to child custody and consequential child support (regardless of whether they are natural and/or legitimate), it is not relevant if the parents are legally married or if they are a cohabiting unmarried couple involved in a domestic partnership.

Such differences are only relevant in case of separation and subsequent divorce, which may affect the “civil status” of the individuals – that is, between spouses – and the legal impact of the marriage.

Law n. 219/12 and the concept of unique legal status of children

Law n. 219 of December 10th, 2012 eliminated the antiquated concept of natural and legal children, stating the principle of equality or “uniqueness” regarding the legal status of children. This notion has been reaffirmed by legislative decree n. 154/2013.

The aforementioned norms modified the meaning of the family relationship that, pursuant to art. 74 of the Italian Civil Code, was exclusively defining as “the link between people that descend from the same ancestor”.

The new text of the article, introduced by art. 1 of Law n. 219 of December 10th, 2012, emphasizes that such a link does not arise only when children are born in the context of a marriage, but also in the event in which children have been born out of wedlock, or also in the case of adoptive children.

This represents an innovation for the Italian legal system, as before, children who were born outside marriage were not considered as linked to the relatives in the paternal line.

In other words, the provision establishes:

Within the scope of their respective competencies, those working in the sector – lawyers and judges – must also conform to the most recent mandates related to the matter, which has established the following principles:

When cohabitation ends: the rights of parents of children born outside marriage

Relationships which are not regulated by law may dissolve, as in the case of married couples. However, for unwed parents, separation is characterized by a higher degree of uncertainty opposed to the more linear process regarding marriage separation.

Two unmarried parents who decide to separate experience the same difficulties, as they may not come to an agreement regarding their children, e.g. custody rights.

The judicial route is open to both wed and unwed parents, which assists in sensitive issues such as child custody, visitation rights, child support, parenting time schedules, and management of extraordinary expenses.

In the event of legal action regarding the custody of children born out of wedlock, the path may be either consensual or contested.

The best interests of the minor are determined in court, which establishes the terms and conditions of an agreement which comply with the biparentally principle (“principio di bi-genitorialità”) in respect to the welfare of the child, in order to guarantee them a full relationship with each parent.

Shared custody should always be considered first, and as such both parents shall be informed on how to pursue suitable family mediation solutions before dedicated institutions.

As far as an agreement on children support, the legal assistance of a lawyer experienced in family law may assist in a consensual separation which guarantees a quicker court process. As happens when a marriage dissolves, if the separation is contested, it will lead to trial, with all the consequences that come with it.

If you are facing a separation or are interested in exploring the topic further, do not hesitate to contact our lawyers from the Department of Family Law and Divorce here.