Brexit Referendum: A Europe that is no longer united prepares to say goodbye to the UK 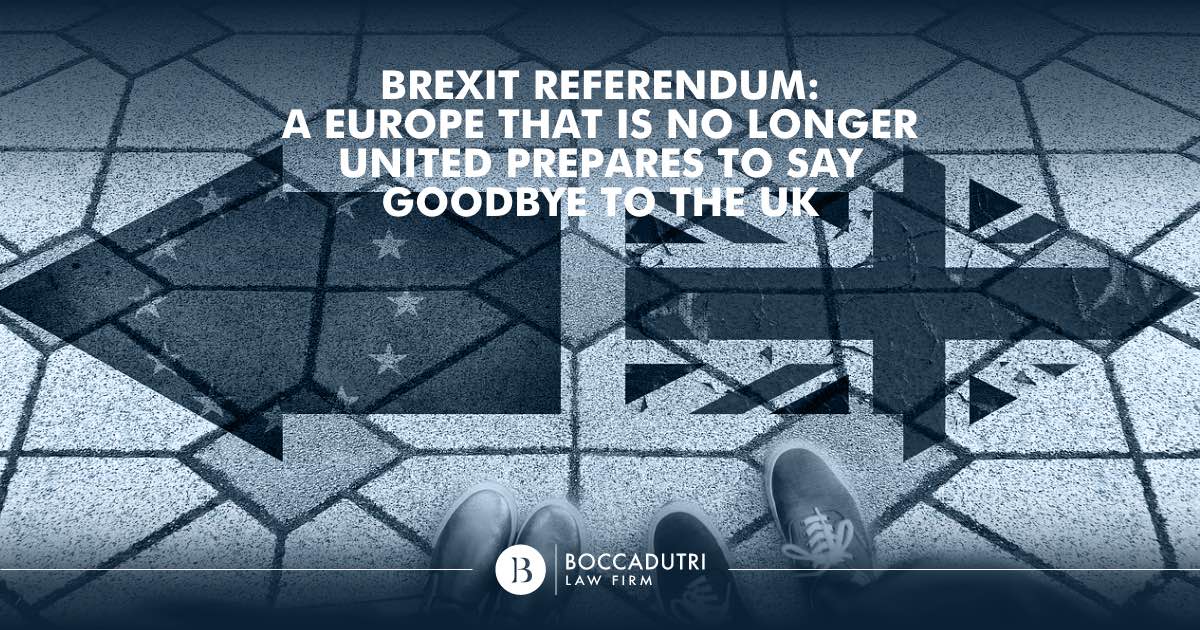 Exit from Europe and market panic

With a so-called “advisory” referendum, that is to say a non-legally binding one, in a historic standoff, the British have chosen to get out of Europe.
Now that the citizens have said their piece, it is up to Parliament to decide what to do.

Although there is still a long time to agree upon who leaves and who stays, a bombshell was dropped on many markets when, on the 24th June, the world woke up to the news of the victory of the “secessionists”.

Not for nothing was this day re-baptised Black Friday: 637 billion euros lost in just one day.
Gold at dizzying prices, oil plunging and a spread that was climbing up to 190 points, only to then settle at 160. And then naturally came the pound crisis, which reached record lows on the dollar since 1985, falling to 1.3406 then rebounding to 1.3732, still a record low since 2009.
The exchange rate with the euro moved to 0.815. Not only Europe was affected as victory for the “Leave” camp was announced; Tokyo suffered a fall of 8 points while Sydney fell by 4.

At the reopening of markets, the main European stock exchanges did not move beyond the minus sign, with the Euro losing ground to the dollar, while oil saw a drop. Investors’ fears have continued to weigh on the pound, which reached a 31-year low.

Where it all was born, chaos reigns. The former Prime Minister, David Cameron, after announcing the referendum, backed remaining in Europe, which cost him both credibility and his position.
The taste for independence has engaged Scotland, whose citizens had clearly demonstrated their desire not to leave the EU. To stay could incite another referendum that would free them from the influence of Westminster.
There is even talk of a Regency of Prince Charles who would supplant his mother Queen Elizabeth. Uncertainties and questions surround what will become of European citizens that live, study and work in the UK.
Will they still have access to health services? Will they pay higher university fees? Will they lose their right to housing? Will academic qualifications still be recognised? Will customs duties still be applied for imported and exported goods?
All of this is to be debated because of the victory of “Leave”.

The European Council will wait for the official request to leave, at which point it will evaluate the exit process and the consequent agreements that will rule the future relationship with the United Kingdom, according to the mandates/decrees of article 50 of the Lisbon Treaty, the founding document of the European Union.

The article stipulates a time limit of two years to conclude the leaving operations, until then, European directives will remain valid for subjects of Queen Elizabeth, even though/although confirming public desires/opinions, they will no longer be involved in the decision-making process.
If it is impossible to divorce in the absence of a request for divorce, it is also true that no one seems to be rushed to ratify the Referendum.

Other states that, although not belonging to the Union, enjoy agreements with the EU, could be used as models for making arrangements for the exit process. Along the lines of Norway, London could remain a part of the European Association for Free Trade EFTA) and negotiate entrance to the European Economic Area (EEA) in a collaboration that could also extend to other aspects of security.
But it would have to continue to respect all European regulations, while not having anything to say in writing. However, in this case it would have to allow the free movement of people, the refusal of which was at the basis of the referendum.

Following the example of Switzerland the UK could leave the EEA but not the EFTA, maintaining deals on free exchange of goods and people, guaranteeing a “financial passport” for banks.
There is also the model of Turkey: a customs union without restrictions or duties on goods, but this does not mean the free movement of people.
The application of the Ttip might also be possible, the agreement of free exchange in relation to goods that the EU is currently negotiating with the USA.

The rating agency Standard & Poor’s has released a “Brexit sensitivity index”, based on exports to the UK, under/based on migration flows and foreign investments. It indicates that Italy will not be especially vulnerable to the effects of the Referendum.
The same cannot be said of Spain, eighth in the general classification of the twenty markets that were taken into consideration.

Abandoning theories and inferences, the fact remains that Brexit is having a decisive impact upon the trends of financial markets.
We saw the initial effects in the hours following the results of Britain’s referendum, but now it is logical to expect a collapse in investors’ attitude towards risk.
They have already begun to take shelter in safe havens, from gold (which sprung up above 1,300 dollars per ounce) with repercussions on the most fragile asset classes whilst, in the case of currency, it is moving towards the yen, Swiss Franc and dollar.
Those who signed foreign investment funds, against the advice of managers, should maintain the same savings or increase shares so as to limit the damage.
Those who signed can suspend them and wait for a better time to start buying again, or even to evaluate its conversion in bond funds.

Experts inform us that the evaluation of German, American or English state qualifications, Bund, Treasury and Gilt, will increase, while state titles of more marginal countries, amongst them Italy, will undergo an increase in spread with the German Bund.
On the shares front, both British and European catalogues will go down, whilst pound and euro will devalue compared to the dollar.

The availability of the European Central Bank and Bank of England to intervene to avoid crises of liquidity has been acknowledged.

For customs duties, everything depends on the agreements made between the EU and the UK. In the worst-case scenario they will be applied to goods, whilst today they are banned by European treaties. Restrictions on services are much more likely.

Actual contracts with companies depend upon the so-called passport regime, which should no longer value, which will inevitably lead to consequences. Other norms that could change concern cross-border mergers, interest, royalties and state aid.

Companies fear the effect of the weak pound on exports and many are already inclined to pack their bags and leave the City.

The weak pound could invert the competitiveness of the relationship that used to exist between Italy and England at the time of the lira.

The day after the Referendum, there were already some who were crying out for another one to invalidate the result. More than three million people signed to demand that with such a small leave/remain percentage difference, it could not be considered a big enough representation of the will of the public.

It is a curious fact that the rotating EU presidency was to be down to the UK from the second term of next year.

A situation like the one that we are seeing now should be a good lesson for investors in the importance of possessing solid portfolios. Diversify, monitor and correct, possibly under the guidance of experts.

Boccadutri International Law Firm remains available to you to provide assistance and explanations both on how best to safeguard your savings and if you are planning to move to the UK.
If you have any doubts, please do not hesitate to contact us by filling out this form online here.