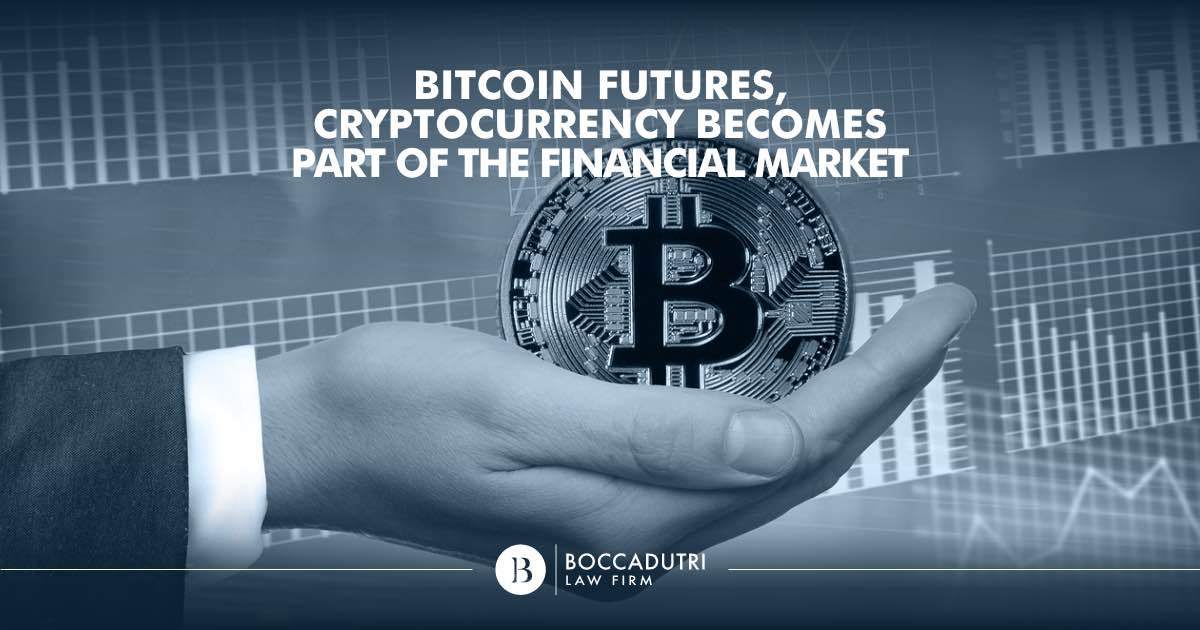 The CFTC, namely the American government agency that regulates the futures market has authorized futures with regard bitcoin.

The cryptocurrencies have officially become part of the financial system.

The Chicago Mercantile Exchange (CME), the second biggest stock exchange in the world for futures and futures options (and the biggest in the United States) has announced that from the 18th December they will enter into futures bitcoin contracts.

The CFTC (United States Commodity Futures Trading Commission) has given the green light to both the CME, the marketplace of futures , and to the CBOE (Chicago Board Options Exchange), the most important stock exchange for trade in options, the authority made in the USA that supervises the derivatives.
The CBOE for its part has acted in anticipation, with a trade in the early hours of the 11th December that amounted to 2500 futures contracts.

After the boom of the past days the news of the trading of contracts in cryptocurrencies was keenly awaited.
And it is only the beginning: even Nasdaq, the company that manages the American electronic market in which, the major part of the daily trades occur, is in the process of promoting futures with regard to bitcoin within the first half of the year in 2018. The Nasdaq derivatives will allow a focus on its rise and decline.

The introduction of derivative regulation could be a prelude to cryptocurrencies becoming a part of more conventional schemes.

To protect those wanting to invest in cryptocurrencies currencies there will be implemented by the CME and the CBOE that will determine a leeway of between 35 and 40 percent.

Cryptocurrencies are a virtual currency deposited in wallet accounts opened easily and quickly online, without needing to enter into a contract a banker would. However they are not used to replace cash.
They allow one to bypass banks, institutions and bureaucracy, as they are not issued by an authority as is the case with the classic currencies. Their value is established by an algorithm.
There are directives to regulate cryptocurrencies that have been public since they first came into existence.

The most famous cryptocurrency is bitcoin since 2009, year zero of cryptocurrencies, hundreds of them have now come into existence.

Bitcoin is accepted as a type of payment by an ever more increasing number of shops whilst what interests the “enemy” banks and the technology on which they rely, is a revolutionary system called blockchain.

Blockchain is a system of data organisation that should ensure financial transactions from peer-to-peer, publicly registered but encrypted with high levels of security.

One does not know if the cryptocurrencies will stabilize, whilst the market continues to grow, but it is clear that as for every speculative product, they have to be handled with currency.

The critics think that it will all finish in an explosion of the bubble that bitcoin actually represents, meanwhile large institutions, big business and the investment banks do not underestimate the phenomenon and they study it with interest.

Every financial instrument has its risks and as with all investments, the advice is always to not invest more than you are prepared to lose.
If this topic intrigues you and you would like advice from those who have studied the phenomenon for years, do not hesitate to contact us here, our legal experts from the Department of Corporate and Commercial law from Boccadutri International Law Firm.