Beware of leverage and margin calls in forex 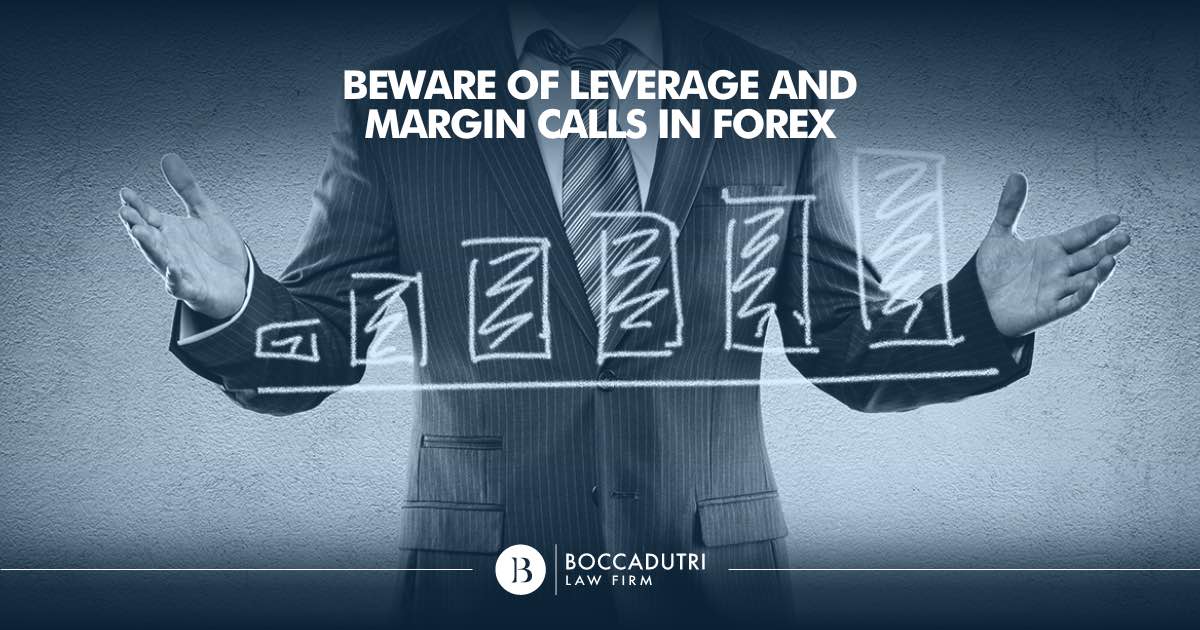 Small investments can, over time, bring vast profits, if the circumstances are fortunate, or they can bring sudden, complete losses of capital, which is the case for the overwhelming majority. Before capital disappears the brokers are supposed to warn traders with a Margin Call.

In Forex this often manifests itself in investing small sums but being in virtual possession of much higher sums.

This is because the value is made to increase exponentially thanks to leverage.

Those sums that were initially €100 will have a value of €10,000. This means that a movement of 1% could produce a profit of 100%, but also a loss equal to the amount invested originally.

In online trading, 1% can move in no time at all and, if you are below capital on it, you can see investments disappear immediately.

When you use leverage, the amount that the trader deposits is considered a “Margin”, that is to say a guarantee that serves to cover the display relative to the position that it wants to open up.

The “Margin Call” serves as a warning when the account is about to go negative by preventing this from happening.

The margin always represents the initial balance, and not the one to be used.

Used Margin: the margin held back by the broker in order to keep the positions open. They cannot be touched because they remain fixed, guaranteeing active positions.

Usable margin: money still available for the opening of new positions. It is equal to the equity minus the used margin.

PIP (Price Interest Point): in a price quotation it corresponds to the fourth decimal figure for the major currency pairs, if in the couples there is the Yen involved, it is in fact the second. Every PIP is, more or less, 1/100 of one cent. One talks in terms of PIPs when small capital is moved.

Spread: This indicates the difference between the price of acquisition and price of sale of a currency pair.

Lot: The unit used to measure the dimensions of forex transactions. The dimension of a standard contract is 100,000 units of the initial value. It would not be negotiable without leverage.

Leverage: This is a sort of loan. It allows trading operations to be executed with money on their own part and part made available to brokers.

What would happen to €1,000 in the presence of leverage

If, to make a practical example, €1,000 were transferred into the account, thanks to leverage of 1:100 you could have under your control an amount of capital of €100,000.

With these requirements the trader can theoretically open a maximum of one standard lot.

It is a shame that the margin employed would be equal to 1,000, but with its available equity equal to 0.

Equity of this type would not make it possible to cover losses, therefore the broker could never authorise the opening of a similar position.

It would be more plausible, in similar circumstances, to open a position with 0.5 lots.

The margin employed would be equal to half the figure, and the other half would coincide with the equity.

Positions remain open up to a loss limit of 100PIPs, in the case in question, equalling €500.

The loss of €500 would get the Margin Call process started, that is to say the warning on the part of the broker that if more funds were not added, the positions would have to be closed, otherwise it would be done automatically, starting with the less useful ones. The Margin Call could be fixed at 30% of capital whilst at 20% a Stop Out Level (closure of positions) would come about and the definitive loss of the entire amount transferred or of the part used.

If, instead of 100 PIPs, 70 of them are lost, equity that has fallen to €150 would make a Margin Call spring into action.

If equity hardly reaches €100 one has the Stop Out Level and the losses stop at €400 whilst the available equity ends up as €600.

What would a professional trader do?

Professional Forex traders are used to trading with leverage of 1:2, starting with large deposits.

Therefore, if brokers consent to leverage up to 1:400 it is never advisable to open an account with small deposits, because the risk increases, and because it appears that the under-funding could lead to the failure of well-prepared traders as well.

If you have been involved in a scam linked to Forex, or suspect that your broker is acting in a shady manner, do not hesitate to contact our expert Forex Lawyers.

Boccadutri International Law Firm will clarify any doubt you may have and will suggest the best way to safeguard your investments.

You can contact our lawyers by filling in the request form here.