Amnesty for immigrants in Italy is ready 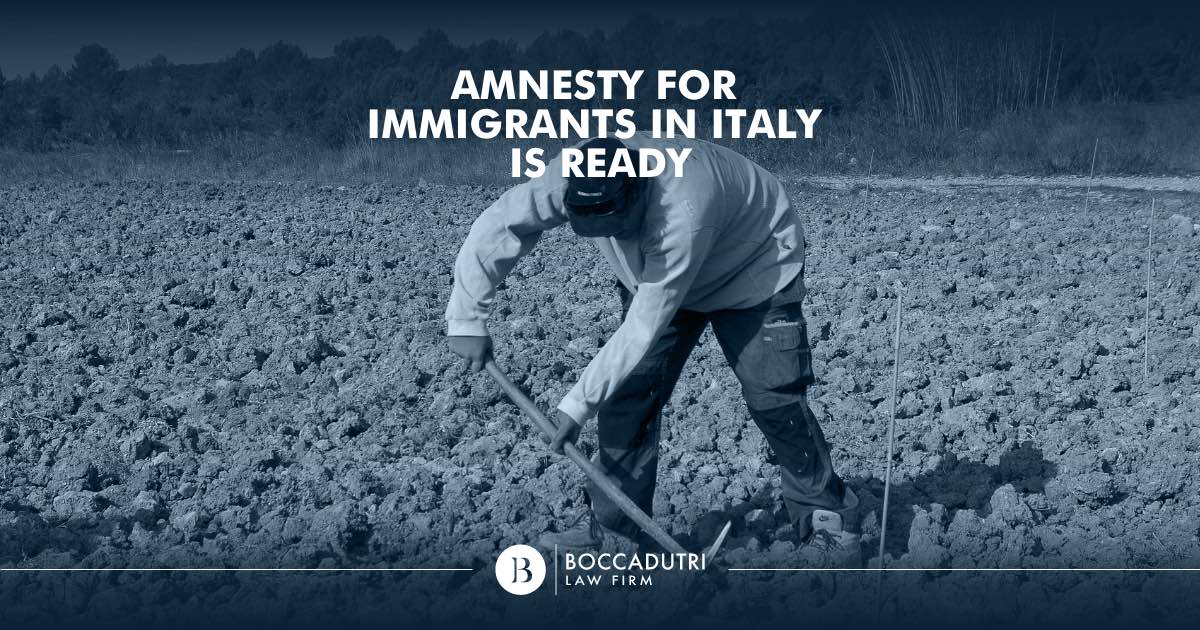 The amendment to the Budget law providing for an amnesty for the regularization of foreigners who are already working in Italy, although without the proper documents to do so, has been admitted and is ready to be voted on.

While public opinion is strongly divided between welcoming and refusal of immigration, what immigrants already represent for Italy is not given much attention, especially to those who have integrated, who work and who produce revenue

The entry of foreign workers into Italy is opposed by outdated laws and excessive bureaucracy. The Ero Straniero campaign – The humanity that does good, focuses on “reception, work and inclusion” and has presented an amendment before the V Senate Commission, based on a Budget, which proposes an amnesty scheme for illegal working immigrants.

What is asked of the Italian Parliament is to vote in favor of the scheme for foreign residents who are already working but lack the proper documents in order to be legally employed. It is estimated that there is approximately one billion dollars in lost tax revenue every year due to unregulated employment of foreign nationals.

Illegal immigration weighs heavily on the Italian economy, because it deprives the state of contributions that could be regularly paid while simultaneously allowing unfair competition.

The ISMU (Initiatives and Studies on multi-ethnicities) data states that we are a country with 530,000 “non-Italian” and non-regulated people.

While waiting for the amendment (which is already approved in Parliament) to be voted, here are some figures.

Amnesty is the instrument that a country can adopt, through rules and measures, to regulate foreigners who, although they have been in the country for some time, are not entitled to the rights and freedoms of registered foreigners because they are not in possession of the proper documentation.

These persons must declare themselves to the competent authorities in order to obtain a residence permit. It is a widespread practice throughout Europe, and one that Italy adopted in 2009, which was specified to regulate domestic workers and caregivers.

In this regard, the Assindatcolf (Association of Household Employers) – Idos (Immigration Research Institute) issued a statement emphasizing that, in the year 2018, out of five hundred and thirty thousand irregular foreigners, two hundred thousand work illegally in the domestic sector.

Through the proposed amnesty, unregulated foreigners could register and recognize their rights and new duties as Italian citizens.

I was a foreigner

The amendment is only one of the initiatives of the “I was a foreigner” campaign. From 2017, a proposed law for a popular initiative entitled “New rules for the promotion of regulated stay, social and work inclusion of non-EU foreign citizens” has started its process at the First Commission on Constitutional Affairs.

In the event of approval, it would introduce some new job guarantees to immigrants:

Amnesty or not, our country has a long tradition of hospitality and the tools to become Italian citizen are not lacking.

In the case of highly specialized workers, for example, there is the option of transitioning them to Italian companies at any time.

One of the ways provided for by law to access and reside legally in Italy is also that of family reunification which allows spouses, children and parents to reunited with their families who have already settled.

One may also request Italian citizenship via descent, by applying through their ancestral Italian bloodline (which now is possible to also do via the maternal line).

Until the amnesty is approved or the law is changed, do not hesitate to contact our lawyers here to have your questions answered.