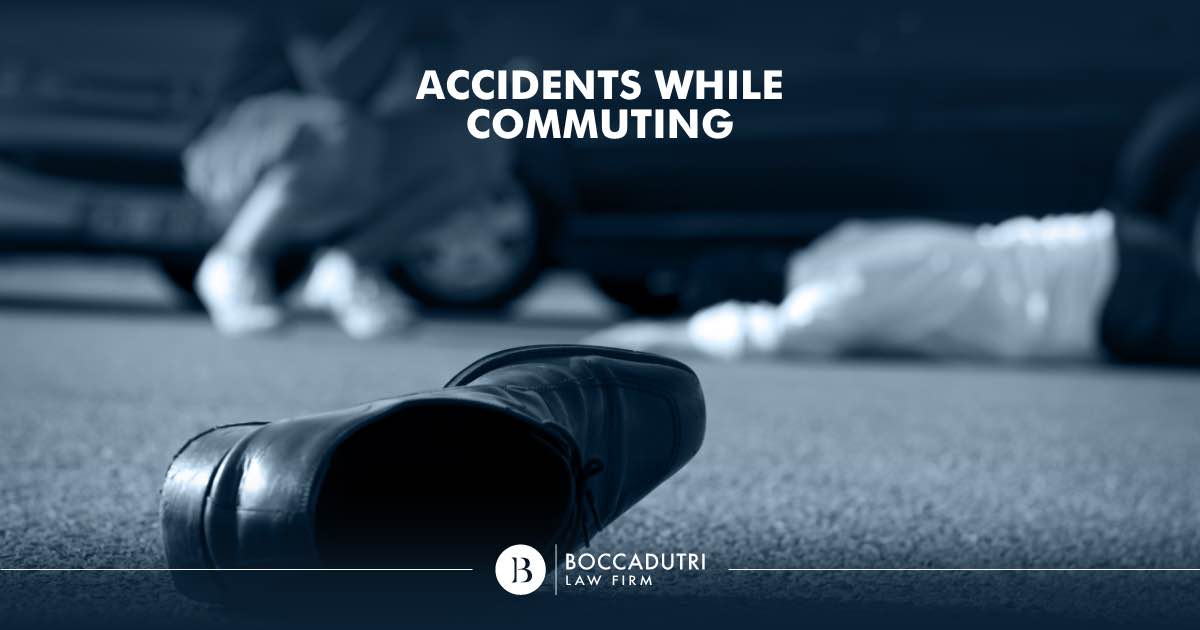 The “accident in itinere” (or an accident while in transit on the way to work/commuting) has been defined by Italian legislation since 1965, the year in which DPR n. 1124/1965 (consolidated text of the provisions for mandatory insurance against accidents at work and occupational diseases) was indoctrinated.

In 2000, with Legislative Decree 38, it was included in the INAIL (the national accident insurance company) statutory corporation overseen by the Ministry of Labour and Social Policies.

One may be considered a victim of an accident while commuting if:

In addition to possible traffic accidents, accidents while commuting involves, and covers, a wide range of possible events that can happen while a worker is travelling.

Transit accidents are considered as one of the many possible ways where accidents during work may occur. For an accident of this kind to occur it has to take place in contiguity (before/after), or in the course of work.

An accident at work can be defined as a traumatic event resulting in injury (or disease that has an aggressive source, which differs from occupational disease) that puts the worker in a condition of not being able to work for more than three days.

Since 1965, workers in Italy must be compulsorily insured so that they can be protected in the event of an accident, so that their families are covered if the worker is gravely injured/killed.

When can work injury be considered?

The accident in transit must take place during your normal route to work (i.e. traveling the shortest and most direct route, and during a specific period of time).

Eventual interruptions or deviations can be justifiable only when due to causes of ‘force majeure’ (chance occurrence or unavoidable accidents), for essential or urgent needs, or the fulfillment of criminally relevant obligations (e.g. jury duty).

Among these interruptions, as detailed in INAIL number 62 of 2014, may be the accompaniment of one’s child to school.

Means of transport involved in the ongoing accident

Although the use of public transport (considered to be the safest) to travel to the workplace is preferred at the time of reimbursement, (even if this mode of transport does not ensure punctuality). Also considered a valid accident is an incident that occurs while using one’s own transport, be it a car (if you are unable to travel by foot) and also bicycle.

The applicant will have to prove that the use of their vehicle is by necessity, and that there are no alternatives but to rely on public transport because of incompatibility with working hours.

The possibility of reimbursement lapses if the driver does not have a valid driver’s license, or if the accident was caused due to abuse of alcohol or drugs.

However, anyone who causes the accident cannot violate the basic rules of the road.

It is also cause for refusal of reimbursement when one uses their own transport to travel less than a kilometer from your home.

Often the compensation due for a commuting accident overlaps with other insurance claims, leading to payments being received which the victim may not be entitled to.

“The amount of the annuity due to the permanent incapacity paid by INAIL for the commuting accident occurred to the worker must be deducted from the amount of compensation due, for the same reason, to the injured party by the third party responsible for the unlawful act “. (Judgment No. 12566/2018).

What to do in the event of a commuting accident

Victims of commuting accidents must:

An expert lawyer can help you save time and money by helping you submit a proper claim for compensation when you are entitled to one. Do not hesitate to contact our lawyers here, where you will be met with an immediate response.